Five Things We Learned from Championship Round Two

With two rounds and six matches in the bag there's a lot to be learned from the Six Nations, with players from all four home nations making an impression. [more] 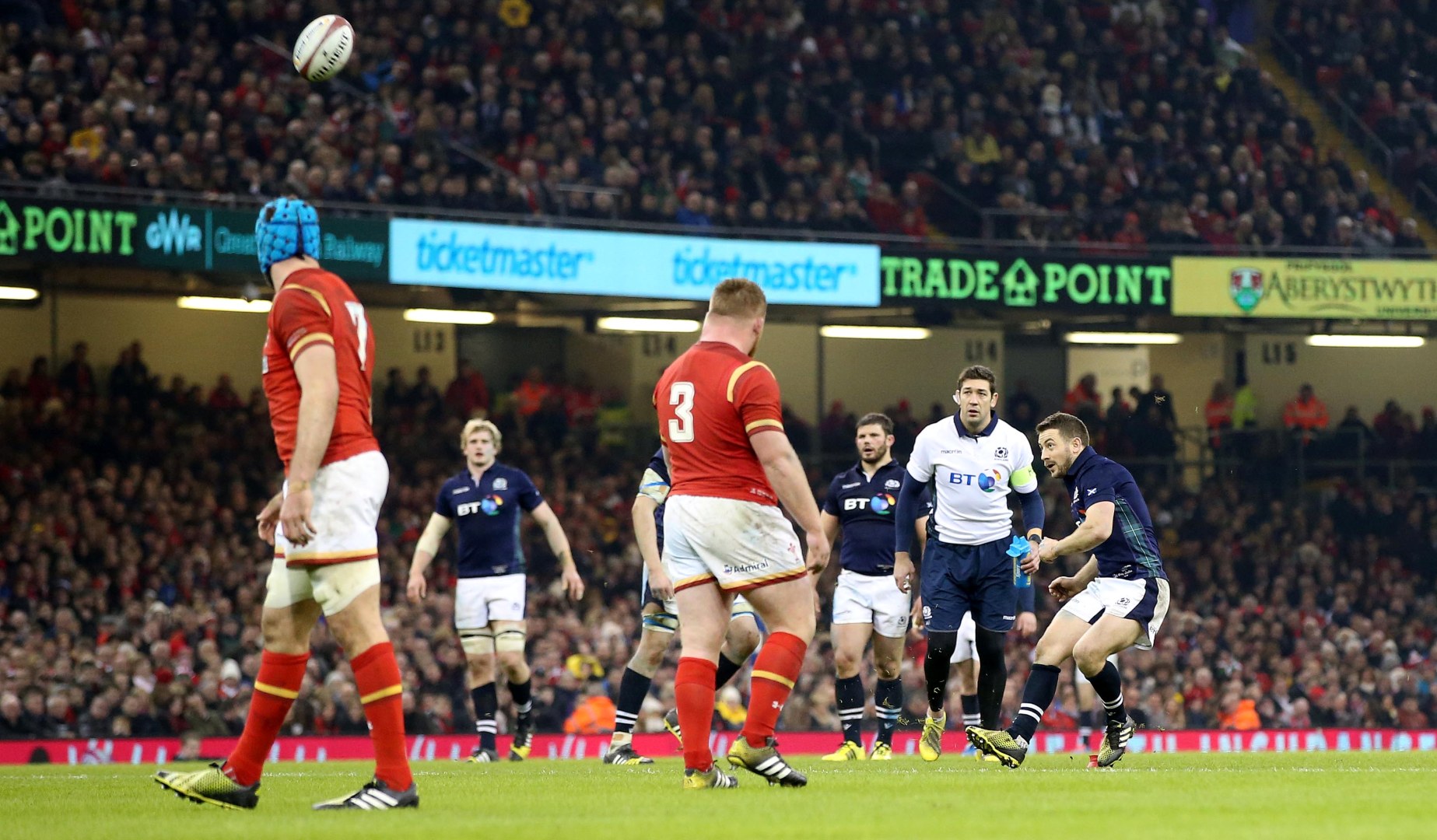 With two rounds and six matches in the bag there’s a lot to be learned from the Six Nations, with players from all four home nations making an impression.

England and Wales were winners this week to remain unbeaten in the Championship, with the latter seeing off Scotland in a thrilling clash in Cardiff.

Ireland are still chasing their first win after falling agonisingly short against France, and will hope for better things in the next round away to England.

Here are five things we learned from this weekend’s action:

Even in the absence of Leigh Halfpenny, man of the series in the British & Irish Lions’ 2013 series win in Australia, the goal-kickers in the home nations have been outstanding so far this year.

Of the five players to take a shot at goal from the four sides this weekend, only Owen Farrell missed a kick, but even he managed to knock over three conversions and three penalties, while also chipping in with a try.

While he was off the field George Ford made no mistake with his one kick at goal, but that was nothing compared to the masterclass that took place in Cardiff on Saturday.

Greig Laidlaw and Dan Biggar combined for four conversions and five penalties, while Duncan Weir also added a conversion, in a perfect day for both Welsh and Scottish marksmen.

Jonathan Sexton matched them, despite the pouring rain in Paris, slotting three from three in a narrow Irish loss.

Every post-World Cup season we see new faces come to the fore, and that was clear this weekend as a number of players made an impact.

Just as the likes of Will Greenwood, Jason Robinson and Keith Earls have all previously come from nowhere to become Lions tourists, there will be plenty in the home nations eager to prove a point when given a shot.

A debutant last weekend against Wales, CJ Stander continued his form in Paris with an all-action display.
Beyond his usual carrying – he managed 19 carries this week – he also chipped in with 15 tackles as Ireland had to cope with the early loss of Sean O’Brien to injury.

It was a similar story in Rome where young hooker Jamie George and impact back row sub Maro Itoje both made their presence felt.

Itoje managed four tackles and four carries after coming off the bench for his England debut, while George produced some sublime hands to set up Farrell for a try after he was introduced.

When Tom James pounced on a loose ball and raced away down the touchline, it looked like no one would get near him.

Tommy Seymour set off in hot pursuit, but it was centre Duncan Taylor, spotting the danger in midfield, who sprinted back to make a stunning tackle.

As well as demonstrating his obvious pace, Taylor also made abundantly clear his determination to coach Vern Cotter, who will have enjoyed the effort.

He then chipped in with a try late on as Scotland set up a grandstand finish – not a bad showing after replacing the injured Matt Scott.

Power and speed are tough to stop

For much of their game in Cardiff, Wales found themselves under pressure, trying to cope with a resurgent Scottish side.

Trailing by three with just over a quarter of an hour to go, they needed their big guns to stand up. Jamie Roberts and George North did just that, with a try each in a seven-minute spell that turned the game on its head.

The powerful centre was just too big and too strong when he took a ball at pace from a couple of metres out, and North followed it up with a stunning individual try that gave Wales some breathing room.

Opportunism is a skill

With England just two points clear after 50 minutes in Rome, the possibility of a first-ever loss to Italy was becoming increasingly real.

Eddie Jones’ side needed a spark and it was their Bath centre, Jonathan Joseph, who provided it. Italy had the ball in their own half and were trying to play their way out of danger but Joseph spotted what was happening, placed himself perfectly to wait for Leonardo Sarto’s hopeful pass and raced over for the crucial try.

From there England cut loose, with Joseph scoring two more, but while the first score might have seemed the easiest, he showed some quick thinking to read the play and get in the right place at the right time.