The British & Irish Lions today announced that Mud House Wines will become an official sponsor of the 2017 Tour to New Zealand. [more] 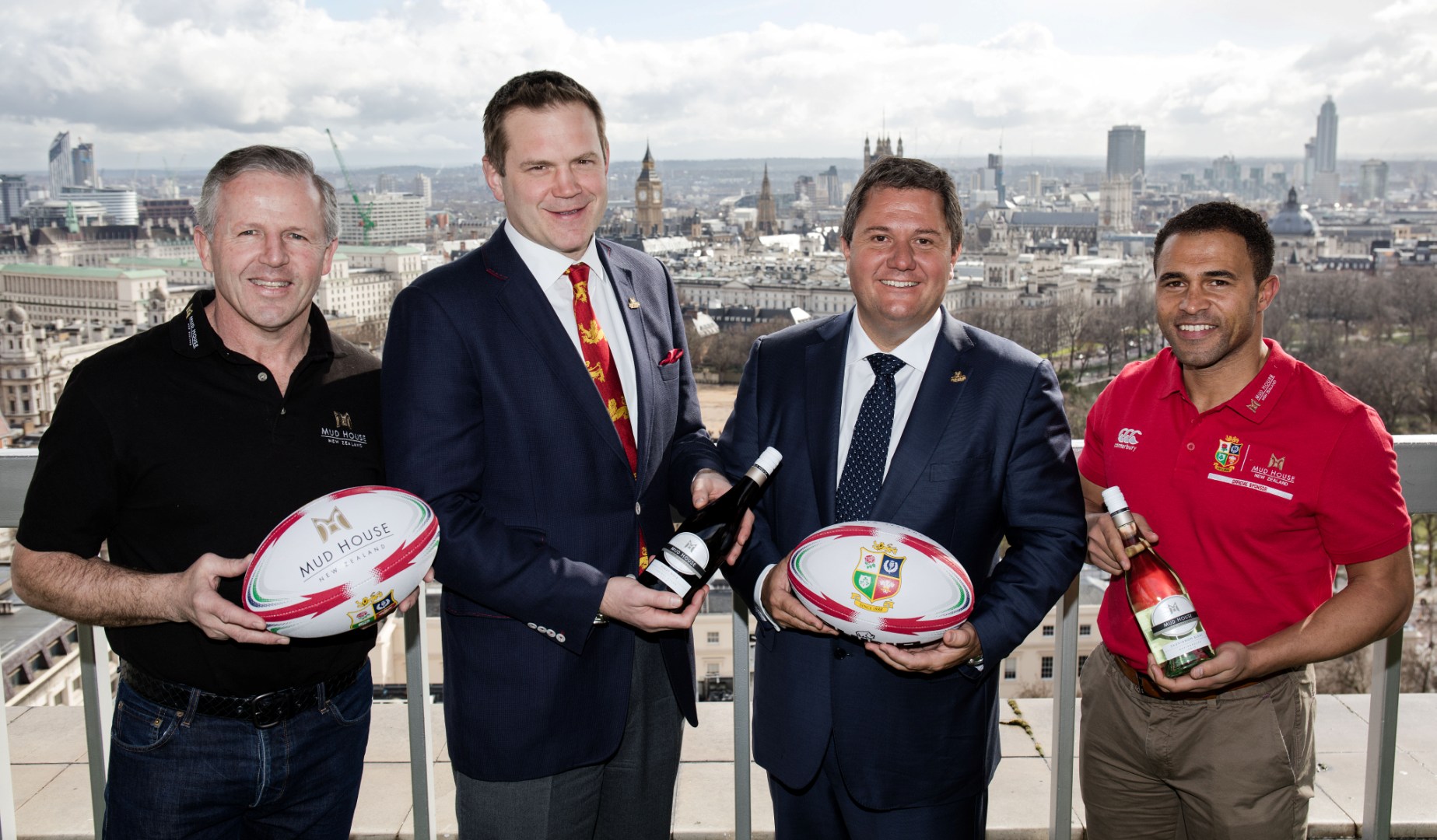 The British & Irish Lions today announced that Mud House Wines will become an official sponsor of the 2017 Tour to New Zealand.

The award-winning brand, by the UK’s largest wine supplier, Accolade Wines, Mud House has grown to become the fifth largest New Zealand wine in the UK.

And at a joint launch today with the Lions at New Zealand House in London, Accolade Wines announced it will also be sponsoring Sky Sports coverage of all Southern Hemisphere rugby in 2016.

British & Irish Lions Chief Operating Officer Charlie McEwen said: “We are delighted to welcome Mud House Wines as an official sponsor and wine supplier to the Lions. Accolade Wines are the premier wine supplier in the UK and to have a quality New Zealand wine such as Mud House is fantastic."

Accolade Wines CEO Paul Schaafsma believes that for Accolade, with a strong UK presence and as a leading supplier of new world wine from New Zealand, Australia and South Africa, rugby sponsorship was a natural fit.

Schaafsma said: "Accolade Wines will be investing over £3m into rugby sponsorship from now until 2018 and, in sponsoring the Lions as they tour New Zealand next June, we believe the many thousands of following supporters will enjoy seeing where Mud House wines are produced. We are also very proud to be sponsors of all Sky Sports SANZAR game coverage throughout 2016."