It's another busy weekend of rugby action with the final round of English Premiership and Pro12 matches and Super Rugby Round 11 - here's five things to look out for from a British & Irish Lions perspective across the globe. [more] 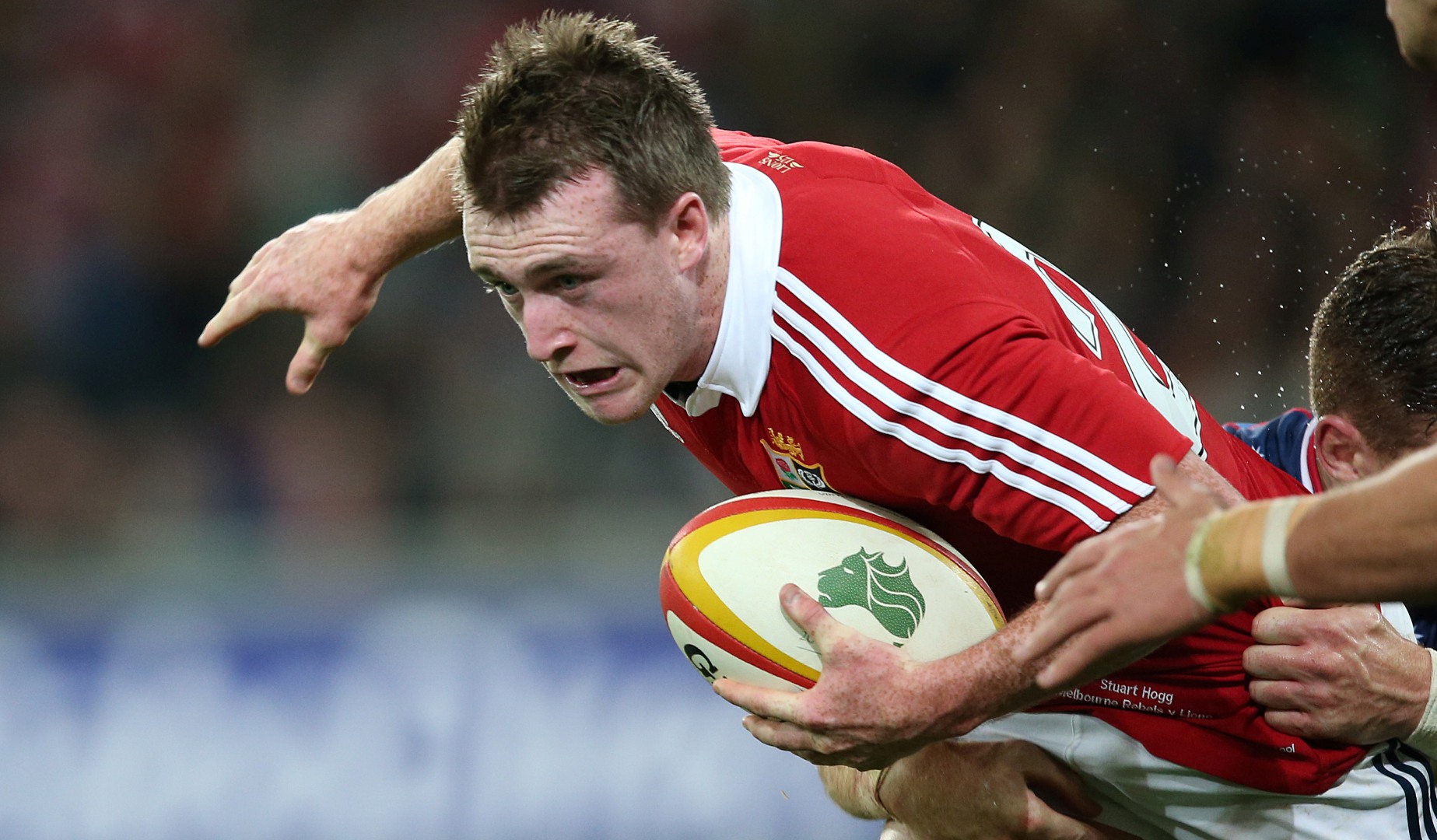 It’s another busy weekend of rugby action with the final round of English Premiership and Pro12 matches and Super Rugby Round 11 – here’s five things to look out for from a British & Irish Lions perspective across the globe.

Complacency is not an option for the Pro12’s top sides this week. Glasgow Warriors, Connacht and Leinster are all assured of their play-off places, but with three points separating the top three and Gregor Townsend’s men travelling to Galway, the battle for top spot and the two home semi-finals is very much alive.

Fourth-place Ulster did their play-off ambitions a world of good by beating Leinster 30-6 at the Kingspan Stadium last weekend, but with Scarlets only one point behind they can little afford to rest easy at the Liberty Stadium.

The Ospreys can still make the top six, but they have to hope Champions Cup ever-presents Munster slip up at home to Scarlets

Scotland travel to Japan this summer, Ireland have a three-Test series in South Africa and Wales are testing the waters in the Land of the Long White Cloud with three Tests against the All Blacks in June.

For Edinburgh, Munster, Ospreys, Blues and Dragons’ players, this weekend represents the last chance to stake their claim for an International jersey.

As if the players needed any more motivation, the PRO12 Awards take place on Sunday and a final push could help line the mantelpieces of Europe’s finest players, even if their season ends on Saturday.

Top-of-the-table humdinger at the Sportsground:

It’s rare that first plays second on the final weekend of the season, but that’s exactly what we are getting when Gregor Townsend’s table-toppers travel to the Sportsground on Saturday with the prevailing wind at their tails, having just put Zebre to the sword in a record-breaking 70-10 win for their ninth consecutive win.

British & Irish Lion Stuart Hogg returns to the Glasgow’s side as they aim to become only the second side – after Ulster on Boxing Day in the Pro12 – this season to triumph at the Sportsground,  but with Hogg joined by fellow Scotland internationals Tommy Seymour, Alex Dunbar, Peter Horne, Lee Jones and Finn Russell, they certainly are not lacking in firepower.

Duncan Weir racked up 25 points against Zebre, but drops out of the 23, while Jonny Gray returns to captain the Warriors alongside Leone Nakarawa in the second-row.

The Sportsground will be blessed with serious attacking firepower, Glasgow’s all-international back three come up against the red-hot trio of Matt Healy, Niyi Adeolokun and Tiernan O'Halloran –  who, along with Ireland international Kieran Marmion,  makes his 100th Connacht appearance.

But Pat Lam knows that defence will be key against a Warriors side who have racked up eight more tries than any other side in the PRO12, 27 of which have come in their last four games.

Benetton Treviso stunned a largely second-choice Connacht 22-21 at the Stadio Monigo last time out, but  – barring a serious upset between a full-strength Leinster side including Rob Kearney, Garry Ringrose, Johnny Sexton and Jamie Heaslip – Lam’s side can still clinch a home semi-final if they can stop the Warriors.

Battle of the All Blacks at Waikato Stadium:

The Highlanders gutted out a 23-10 win over the Brumbies last time out to right a two-game slide that saw them fall to the Reds and Sharks, while the Chiefs edged the Sharks 24-22 in Round Ten to sit level on points with Australasian Conference leaders the Crusaders.

The big man Waisake Naholo is back! @highlanders take on the irresistible @ChiefsRugby – Sat 8.15am SS2 https://t.co/D6VA2axE7R


The return of last year’s top Super Rugby try-scorer Naholo will be welcome relief to Jamie Joseph, who is without pivotal loose-forwards Liam Squires and Shane Christie thanks to injury.

In Malakai Fekitoa, Ngatai and Tamanivalu face arguably the tournament’s finest centre and Saturday’s clash could have a serious bearing in who dons the black jersey when Warren Gatland and Wales come calling in June.

Naholo has Ben Smith and Patrick Osborne for company in the back three and despite the assuredness with which he plays, Smith will surely be out to banish any talk of a Damian McKenzie coup of his 15 shirt.

It is no duller in the half-backs as Aaron Cruden and in-form Brad Weber take on Lima Sopoaga and All Blacks’ incumbent scrum-half Aaron Smith.

Elsewhere, the Hurricanes travel to Durban to face the Sharks, while Crusaders notched their eight straight win against the Reds on Friday morning and Blues will be hopeful of a third consecutive win against the Southern Kings in Port Elizabeth.

Hookers lining up for silverware season:

England’s Grand Slam winning captain Dylan Hartley returns to the Northampton Saints 23 on Saturday against Gloucester for the first time since that triumphant night in Paris.

Hartley has watched from the sidelines as his side’s hopes of a top four Premiership finish went up in smoke with losses to Champions Cup and league semi-finalists Wasps and Leicester Tigers.

Jim Mallinder – and Eddie Jones – will doubtless still be happy to see the England Captain return as Saints seek to ensure a top six finish and Champions Cup rugby for next season.

Hartley is among the replacements, but could find himself grazing the ears of a familiar foe in Wales and Lions hooker Richard Hibbard.

Jones’ front-row stocks received further boost with news that Jamie George will start for the first time since suffering a biceps injury in March, while the man who took his place, Exeter Chiefs’ Luke Cowan-Dickie, drops to the bench as captain Jack Yeandle starts for the first time semi-finalists.

Wasps were boosted this week with news that Nathan Hughes, George Smith and Charles Piutau had all been shortlisted for RPA player of the year, along with the remarkably prolific Thomas Waldrom – who now has 19 tries in all games this season – while Andy Goode caps off a memorable three month cameo with Newcastle Falcons by rounding off the list.

The progress of new England caps Elliot Daly, Maro Itoje and Jack Clifford  is acknowledged by their presence on the RPA Young player of the year shortlist, finished off by Tigers’ electric hooker Harry Thacker and Harry Mallinder.

Eddie Jones hinted that some of his big name Grand Slam winning players could be in for a fright when the squad to Australia is announced and though for many the semi-finals are the perfect stage on which to broadcast their international ambitions, round 22 of the Premiership is the last chance for some.

Ben Morgan was a big name absentee from Eddie Jones’ first elite player squad, but has been back to his rumbling best for Gloucester of late and he will look to press his case against potential bolter Teimana Harrison at Kingsholm on Saturday.

Similarly Tom Wood, who was told by Jones that he was ‘distinctly average’, will be out to make a statement against Gloucester’s all-international back-row of Morgan, Matt Kvesic and Ross Moriarty.

Marland Yarde has looked an increasingly potent force for Quins and he will have the perfect opportunity to catch Jones’ eye when he lines up against Jack Nowell at the Stoop.