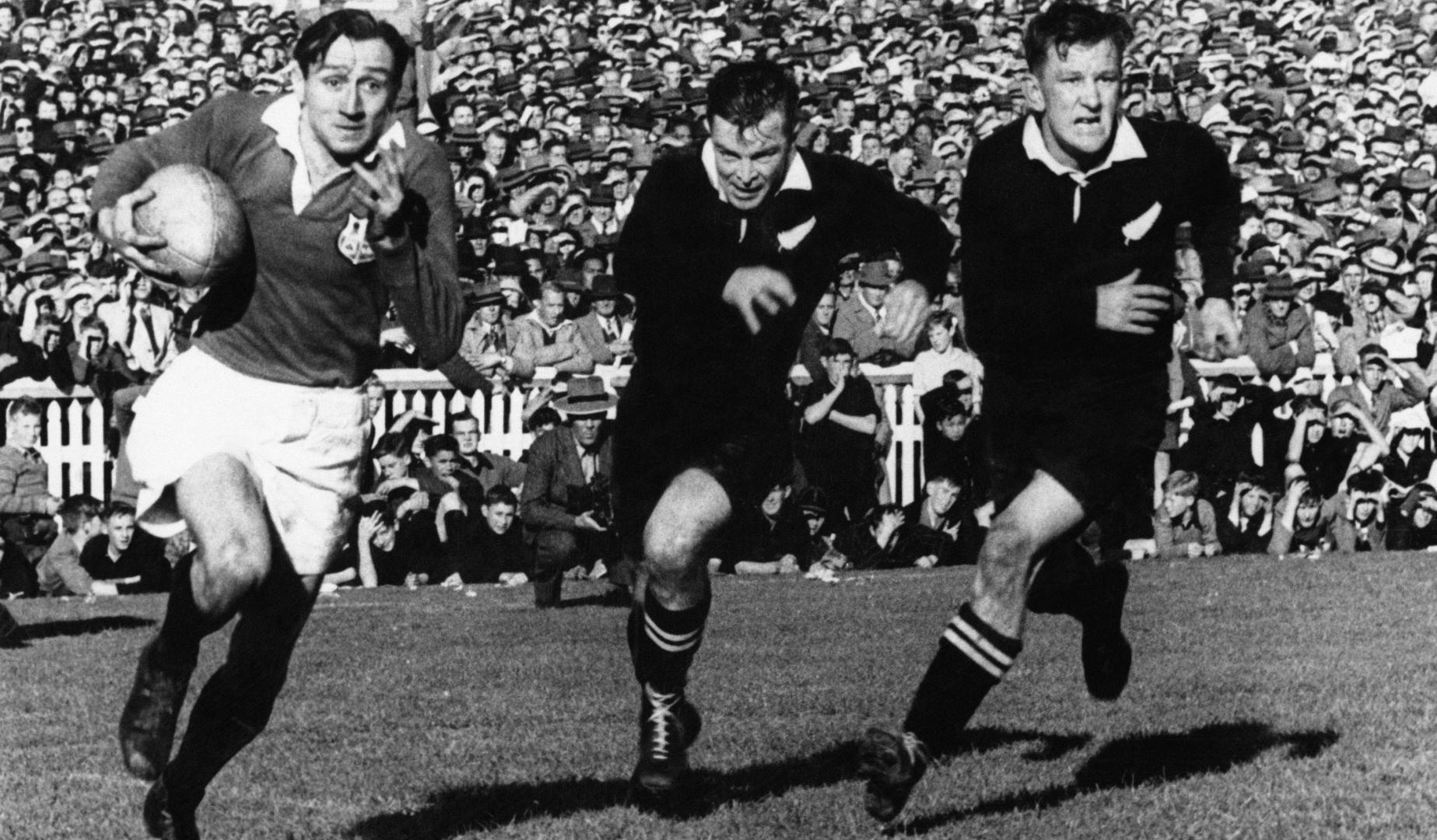 The Five Nations Championship had resumed after World War II in 1947, while a year later the value of a drop goal was reduced from 4 points to 3. The Lions were also changed, adopting the now iconic red jersey with white shorts and navy socks with a green turnover for the first time.

The change from the navy blue jersey worn for 30 years up to 1938 meant that the Lions’ red would not clash with New Zealand black and that the home team could wear their iconic black in the Test matches.

There were other new innovations. The Lions name itself was also given official status while in another first, every player on the tour was an international for his home union.

One long-standing practice did not change: the 1950 Lions sailed, undertaking a 32-day journey on TSS Ceramic. Later in the tour, teenage Welsh full-back Lewis Jones would become the first Lion to fly to a tour when he was called up as a replacement, travelling to New Zealand via Los Angeles in mid-June.

The trip over did not appear to have done the Lions any great harm.

The tourists came storming out the blocks in their first game of the tour in that opening match, beating the combined team of Nelson, Marlborough, Golden Bay and Motueka – now known as the Tasman Rugby Union – 24-3 by the tourists.

Thomas on the charge

It was a red letter day for versatile back Malcolm Thomas – playing on the left wing that day – who scored 21 for the Lions, including a record six penalties.

The Lions managed two tries on the day, Thomas’ score supplemented by English half-back Ivor Preece who also dotted down.

The Wales international's points haul has only been matched by two Lions tourists since: Gavin Hastings in 1993, and Jonny Wilkinson 12 years later in 2005 – albeit on home soil in a Test against Argentina.

And Thomas' historic feat is all the more impressive when you consider his suffering on the way over.

The late, great Jack Kyle recalled (Behind The Lions): “Our only Naval man was Malcolm Thomas, but he was struck by sea sickness more than anyone. Dr Jack Matthews worked wonders with some inoculations at sea that stopped us from feeling ill but he (Thomas) was dealt with by the ship’s doctor and carried on feeling unwell.”

Thomas’ name still carries weight in Nelson – he returned in 1959 and topped his earlier performance with a 25-point haul that included eight conversions and three penalties.

The Lions ultimately lost the 1950 Test series but like their successors through the rest of the decade, their dashing rugby won them many admirers.

They count among their number a selection of legendary tourists, starting in the backline.

In Wales winger Ken Jones, the Lions boasted a man who had won a silver 100m relay medal at the 1948 Olympic Games while Bleddyn Williams – crowned the ‘Prince of Centres’ – was already jinking his way into folklore.

At Williams’ side in midfield – and in much of life – was Dr Jack Matthews, a tough as teak defender who complemented his great friend superbly.

How tough was Matthews? Seven years earlier he had fought the great Rocky Marciano and avoided being knocked out – something only six opponents managed against the great American in a 49-fight unbeaten career.

Then of course you had Kyle, a fly-half that won as many hearts overseas as he did at home in Ireland.

Leading the troops as manager was Ginger Osborne, a former Royal Navy surgeon of such charm that he is considered one of several reasons these Lions are particularly well remembered by their hosts.