Lions Angles: Wales fall just short against the All Blacks

With less than a year to go until the British & Irish Lions arrive in New Zealand, Warren Gatland's Wales fired a warning shot with an exhilarating display in narrow defeat at Eden Park. [more] 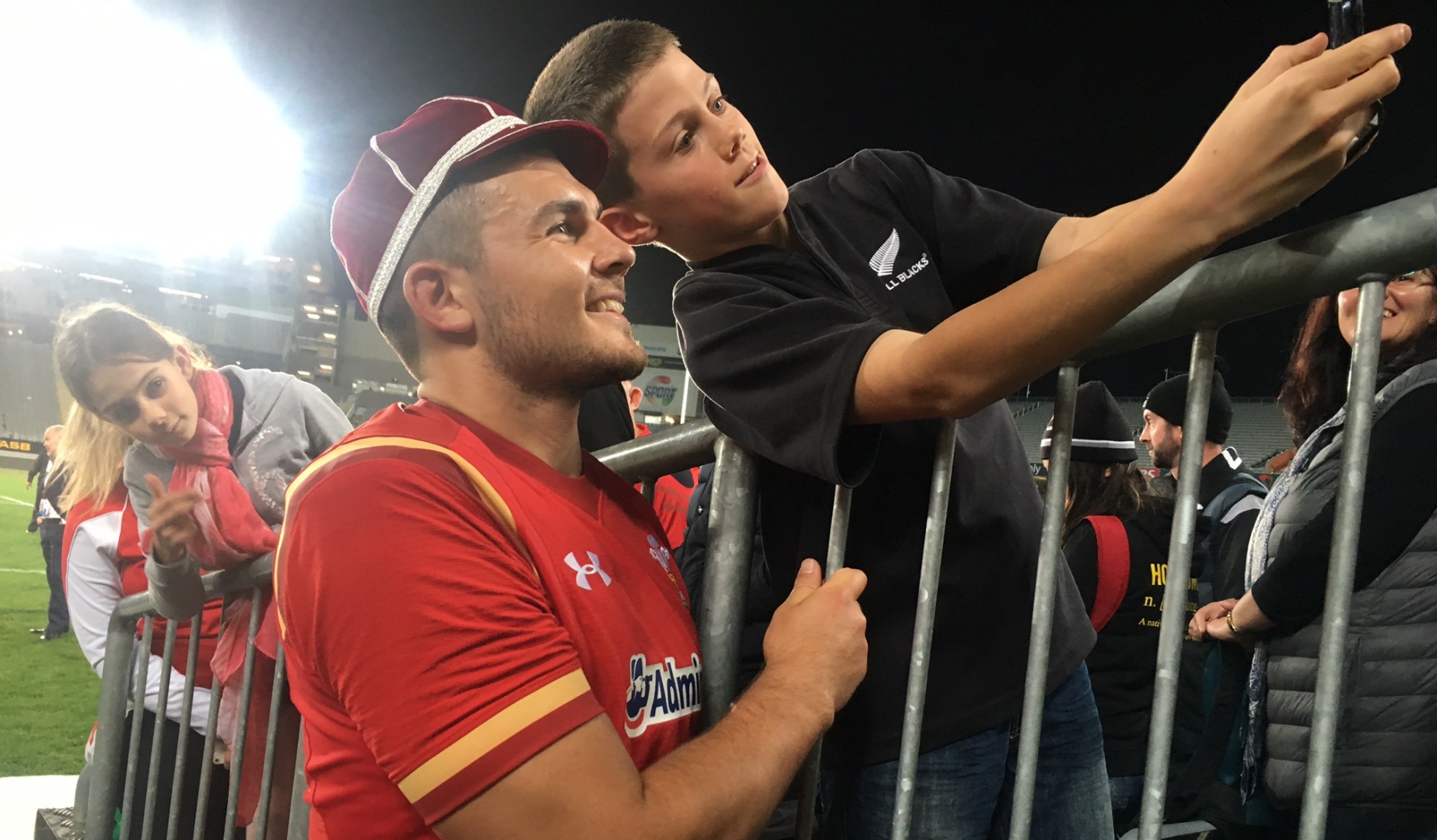 With less than a year to go until the British & Irish Lions arrive in New Zealand, Warren Gatland’s Wales fired a warning shot with an exhilarating display in narrow defeat at Eden Park.

With an hour played Gatland’s side were leading 21-18 in Auckland – the venue for two of the Lions Tests next year.

But the defending two-time world champions showed their clinical edge with late tries from Waisake Naholo, skipper Kieran Read and Nathan Harris to seal victory in their first game since the World Cup final.

Wales have not beaten the All Blacks since 1953 but they will take plenty of heart from this showing, here are five things we learned:

If this first Test of the summer is anything to go by, we are in for a real treat in the month of June.

The clash was played at a breakneck speed from start to finish, the tempo stayed high throughout and both sides gave as good as they got.

England’s clash with Australia is up next in Brisbane before Ireland take on South Africa this afternoon.

Scotland will be in action next week against Japan as well as all four home nations try to turn the tables on the southern hemisphere and Wales have shown them the template.

The result did not go their way – but not a single fan will have left Eden Park disappointed after a six-try thriller with plenty of ebbs and flows.

The game was played in a fantastic spirit with both sets of supporters coming together to celebrate some enthralling rugby.

Taulupe turns on the style

Taulupe Faletau earned his first British & Irish Lions Test cap against Australia in 2013 and since then the Wales No.8 has established himself as one of the very best in the world.

And in the first Test against the world champions the Bath-bound back-rower was absolutely everywhere.

He crossed for a try inside the first ten minutes, had another chalked off by the TMO late in the second half and in between was quite superb.

The 25-year-old racked up a tackle count in the double figures, snaffled turnovers and linked play with ball in hand for a fantastic all-round display.

Alun Wyn Jones – on the occasion of his 100th Test cap – also impressed in a powerful Welsh pack effort.

George North, and his full-back Liam Williams alongside him, looked back to their razor sharp best with ball in hand for Wales.

Particularly in the first half they caused the All Black defence no end of problems with multiple line breaks that created scores for Faletau and Rhys Webb.

Julian Savea was withdrawn early in the second half after being given a testing time of it out wide and Wales will take some consolation from the form of their flyers out wide.

They had promised to carry more of a threat with ball in hand and they duly delivered with a superb showing – although a late hamstring injury to North will give Gatland cause for concern.

Not since 1994 have the All Blacks lost at their Auckland fortress and they had to be at their very best in the second half to turn the tide against an impressive Wales effort.

While the likes of Richie McCaw, Dan Carter and Ma’a Nonu have moved on from international rugby – there are still plenty of experienced faces in the side.

Skipper and No.8 Read was at his very best while there are plenty of caps and experience between the likes of Ben Smith, Brodie Retallick and Jerome Kaino.

And it was those senior names that stood up to be counted when their country needed them most.

The bench blows off the cobwebs

While the All Blacks might have looked a little rusty in the first half – understandably considering it was their first match in eight months – the replacements turned the tide in the second stanza.

As has been the case so many times before the subs like Beauden Barrett, Charlie Faumuina and Ardie Savea – on debut –provided the All Blacks’ killer instinct.

In the second half the hosts grabbed three tries and shored up a defence that had leaked two tries in the first half in the face of a Welsh assault.

For Wales the likes of Scott Williams and Ellis Jenkins also made good cameos off the bench and they will need more of that in the second Test next week in Wellington.

For flanker Jenkins it as a debut to remember – there cannot be better first caps than taking on the two-time world champions and running them so close.

The wait goes on for Wales but they are getting closer and closer.

What an effort @WelshRugbyUnion congrats @EllisJenkins_ 1st cap and big @AlunWynJones on the 100th #machine ????

New Zealand News Wales
Previous story On This Day: Bentley runs rings round Gauteng in 1997
Next story Lions Angles: Review of the Weekend