Lions Angles: Review of the Weekend

Saturday was an enthralling day of rugby and a host of British and Irish Lions more than played their part in the Southern Hemisphere. [more] 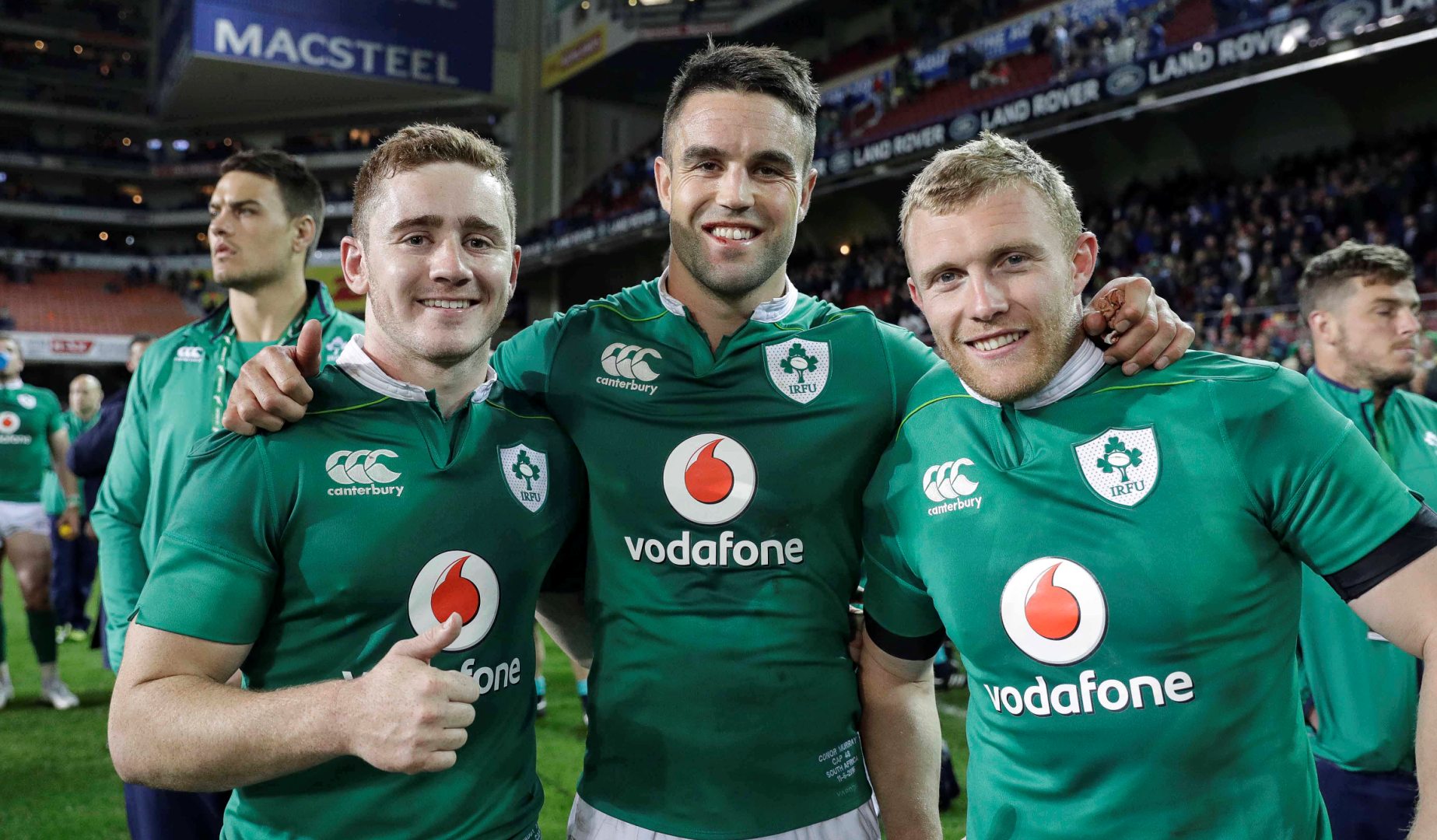 Saturday was an enthralling day of rugby and a host of British and Irish Lions more than played their part in the Southern Hemisphere.

Owen Farrell kicked 24 points for England as he returned to the Suncorp Stadium in Brisbane, the scene of the Lions’ 23-21 victory in 2013.

England’s 39-28 victory over the Wallabies was only their fourth ever Down Under as Jonathan Joseph, Marland Yarde and Jack Nowell all scored tries for Eddie Jones’ side.

Ireland also secured a historic win this weekend with a 26-20 victory over the Springboks despite playing three-quarters of the match with 14 men.

Jared Payne and 2013 Lion Conor Murray scored tries for the Irish, while Paddy Jackson was flawless with the boot, kicking three penalties, two conversions and a drop goal.

Lion Taulupe Faletau and Rhys Webb had put Wales ahead but 21 unanswered points in the final quarter gave the All Blacks victory.


Best play of the weekend

Down to 14 men but level at half-time, Ireland needed something special if they were to beat South Africa and that’s exactly what they got.

Jared Payne’s brilliant hands released Andrew Trimble down the right and despite Willie le Roux slapping down his pass, Rory Best was on hand with a stunning pick up.

Best surged forward before Murray picked it up, slipped Lood De Jager's tackle to score and when Jackson converted, Ireland were in front by seven.

Thanks for all the support yesterday, massive character and effort from the squad. #teamofus #shouldertoshoulder pic.twitter.com/ixUnyehagg

England’s George Ford was left out of Jones’ starting line-up but after he replaced Luther Burrell in the first half, the Farrell-Ford axis at fly half and inside centre was restored.

And it paid dividends at the start of the first half as James Haskell’s rampaging break through the Australian defence gave Ford chance to send a superb long pass off his left hand to release Yarde.

It gave England their second try and set up a dominant second-half display from the visitors.

Faletau earned his first British & Irish Lions Test cap against Australia in 2013 and since then the Wales No.8 has established himself as one of the very best in the world.

And in the first Test against the Lions’ 2017 opponents, the Bath-bound back-rower was absolutely everywhere.

He crossed for a try inside ten minutes, had another chalked off by the TMO, racked up a tackle count in the double figures and snaffled turnovers in a fantastic all-round display.

Four of England’s starting XV – Farrell, Ben Youngs, Mako Vunipola and Dan Cole – toured Australia in 2013 and head coach Jones thinks there’s more to come from his side after the first Test.

Could another strong performance from the 6 Nations winners help push their case for selection ahead of the New Zealand tour in just 12 months time?

Jones said: "We didn't play well, let's face the facts. We weren't sharp in various areas, but we will be next week.

"They didn't play well, so whichever side improves the most will win the next Test, and that's going to be us."

Devin Toner’s father passed away unexpectedly a fortnight ago but that did not stop him from putting in a man-of-the-match performance for Ireland this weekend.

And when the emotional lock accepted the award after the game, he pointed to the sky and said: "I just want to say, that's for dad.”

Special day yesterday, thanks to everyone for class messages. Two tough weeks to go. @ Newlands… https://t.co/4XQRXkXnQi

The Lions’ 2017 opponents remain unbeaten since 1994 at their Auckland fortress despite missing the likes of Richie McCaw, Dan Carter and Ma’a Nonu.

Kiwi skipper and No.8 Read was at his very best while there was no lack of experience and quality from Ben Smith, Brodie Retallick and Jerome Kaino who stood up to be counted when their country needed them most.

The All Blacks might have been rusty early on, afterall it was their first match in eight months, the replacements turned the tide in the second stanza.

Substitutes like Beauden Barrett, Charlie Faumuina and Ardie Savea – on debut –provided the All Blacks’ killer instinct and demonstrated their renowned strength in depth.

Epic 40mins of footy ! Watching wif my boy @LeighHalfpenny1 and Maclaren .. Who you picking ?? #allblackeverything pic.twitter.com/YWKi888SKZ

Lions fans will not need reminding about Israel Folau’s brilliance after his stunning showings against the tourists in 2013.

And the full-back, who carried for 94m and made three clean breaks, was back to his very best for the Wallabies on Saturday in Brisbane.

Folau also scored to add to the two tries he bagged in the same stadium in the first Test against the Lions.
And team-mate Bernard Foley who – while wayward from the kicking tee – was magnificent with ball in hand as his passing unpicked England repeatedly.

There was further disappointment however for David Pocock – who missed the Lions tour with a ruptured anterior cruciate ligament – as he was ruled out of the remaining two tests with a fractured eye socket.

Thanks for all the messages. I'll be cheering on the @qantaswallabies over the next two weeks. #AUSvENG #StrongerAsOne