Ireland's future is looking promising as they booked their place in the World Rugby Under-20 Championship Final in Manchester with a convincing 37-7 victory over Argentina. [more] 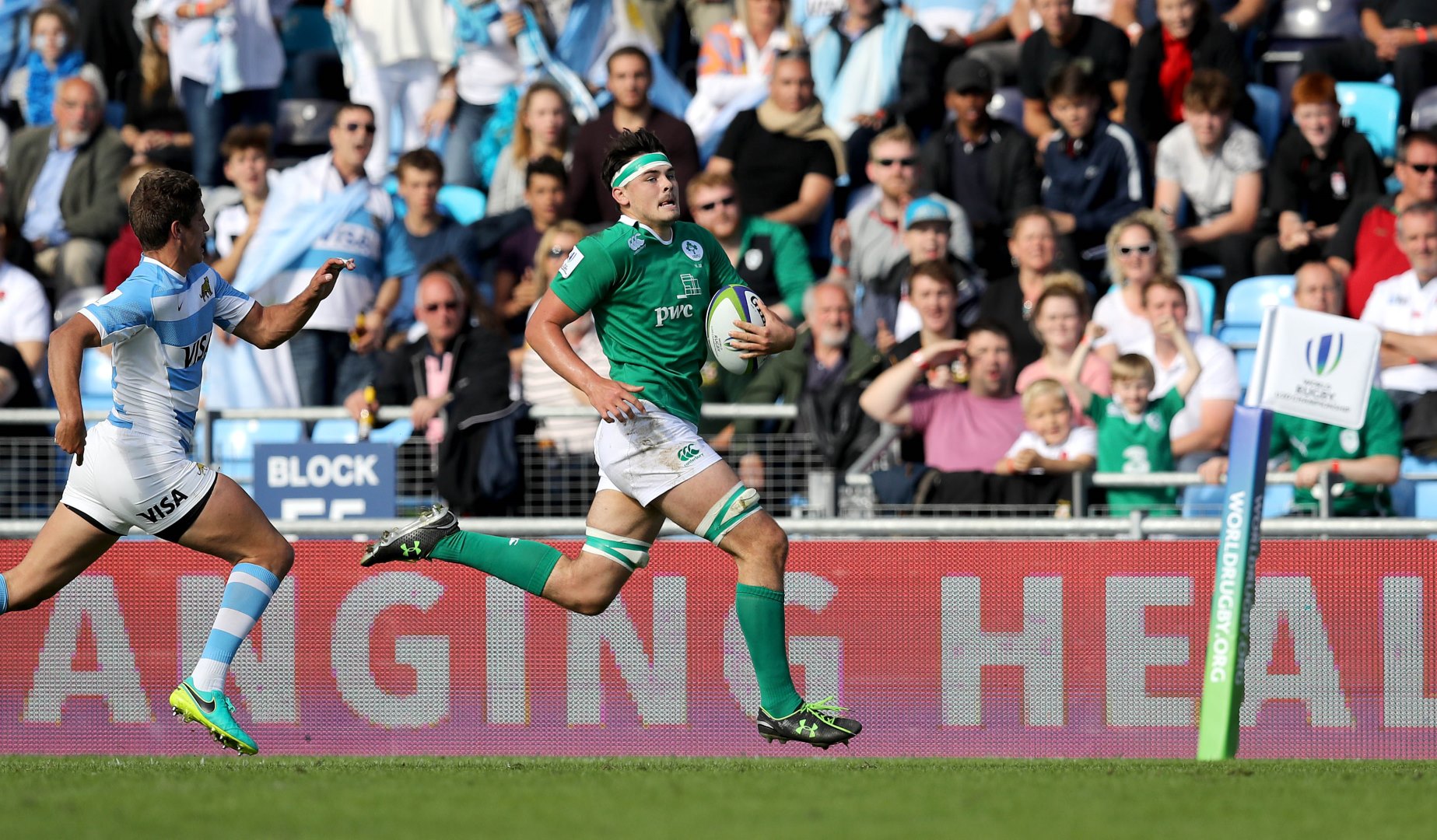 Ireland’s future is looking promising as they booked their place in the World Rugby Under-20 Championship Final in Manchester with a convincing 37-7 victory over Argentina.

Jacob Stockdale finished off two superb moves in the first half, either side of Max Deegan’s rampaging effort, as Ireland’s promising youngsters made a blistering start.

But as time went on Los Pumas grew visibly frustrated, and replacement prop Santiago Pulella was sent off for leading with his head in the maul and Ireland capitalised as Shane Daly scored to cap off the win

Nigel Carolan’s side have already beaten New Zealand and Wales in this tournament, and they made a fast start here as full-back Stockdale crossed for a ninth-minute try after winger Matthew Byrne found him following McPhillips’ cross-field kick.

History makers! The Ireland U20s are into the U20 Championships Final as they beat Argentina 37-7. #FutureIsGreen pic.twitter.com/VkmnH2Esyu


It got worse for Argentina in the 24th minute, as a loose pass from scrum-half Patricio Baronio was intercepted by No.8 Deegan – who showed impressive pace and strength to sprint home for their second try from 70 metres.

Ireland’s outstanding first-half display brought more rewards, as Stockdale added a third after he burst through the line and shrugged off a tackle following a neat line-out move.

Argentina finally responded through Mallia, who latched onto the end of Domingo Miotti’s kick through, but Ireland regained control with three McPhillips penalties after the break.

Pulella’s red ended any hopes of an Argentina revival and Daly made them pay with a late try under the posts.