The Rugby Championship returned from a week off in thrilling fashion with two entertaining encounters in New Zealand and then Australia. [more] 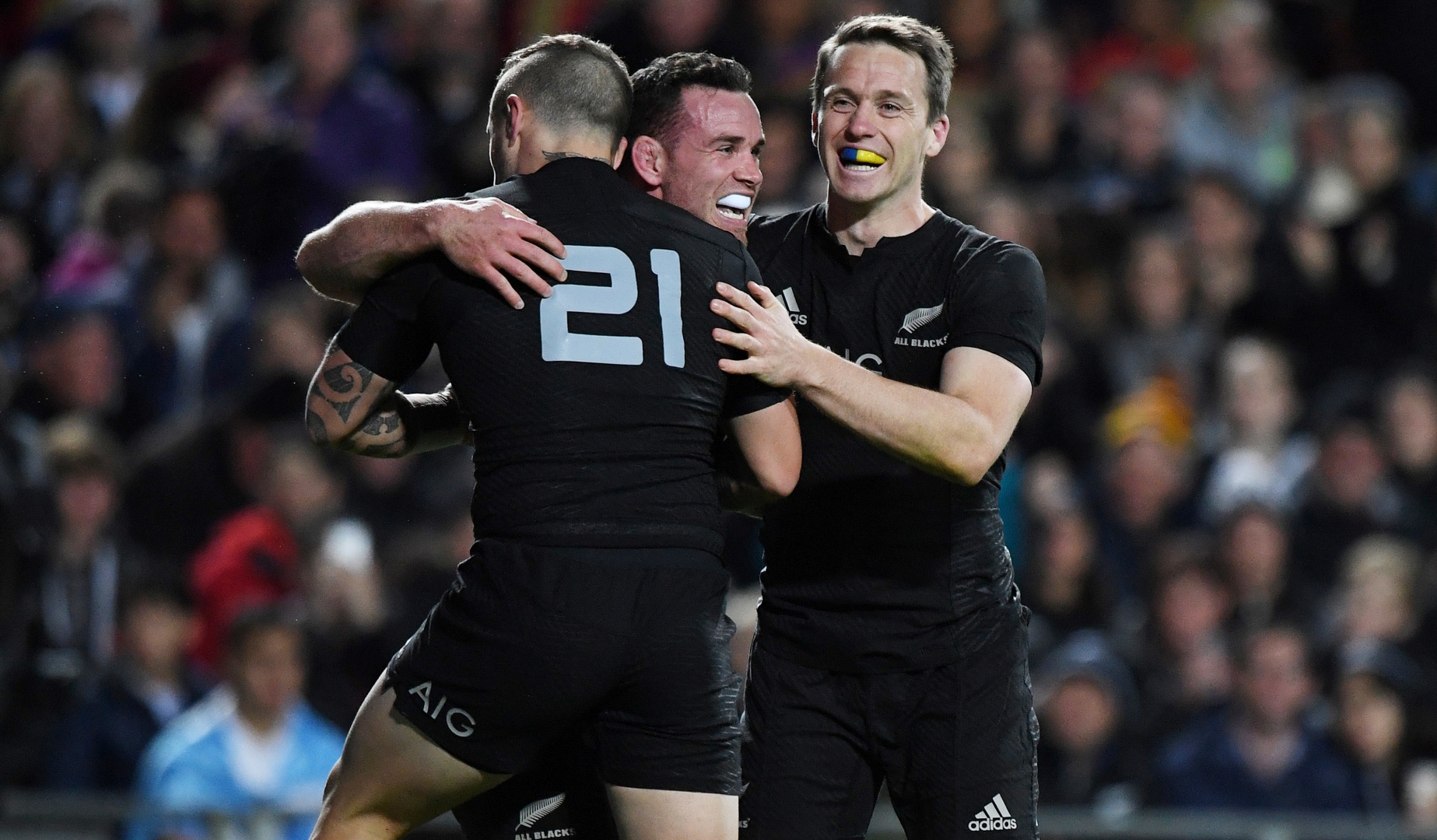 The Rugby Championship returned from a week off in thrilling fashion with two entertaining encounters in New Zealand and then Australia.

First up the All Blacks were looking to make it three in a row in the tournament, but found themselves under pressure from Argentina early before eventually running out 57-22 winners in Hamilton.

And with The British & Irish Lions heading to New Zealand next summer, it was a great opportunity to see what to expect in 2017.

Aaron Smith has been one of the most consistent scrum-halves in the world, but with New Zealand leading by just two points with half an hour to go, TJ Perenara was brought on to change things around.

It certainly seemed to pay off, with the Kiwis going from 24-22 to winners by 35 points as they ran in five tries in 30 minutes.

And as Steve Hansen explained, Perenara seized his chance with both hands.

“We’ve always wanted to give TJ some serious game-time in this Championship,” Hansen said.

“Tonight was the night because Aaron [Smith] wasn’t having the night he wanted. He was getting a little frustrated and at one point [referee] Craig [Joubert] had a little chat to him so we took him out of it.

“He’ll learn from that. He’s the best half-back in the world for a good number of reasons.

“TJ was outstanding when he came on. That was probably the turning point – him delivering ball that was crisper and cleaner. He wasn’t caught up in the 50 minutes before that.”

For much of the game in Hamilton, Argentina looked like they might get a first-ever win over the All Blacks.

It started with a wonderful try from Santiago Cordero after just two minutes, and thanks to the boot of Nicolas Sanchez they kept themselves right in contention.

But New Zealand then stepped it up in the final half-hour, with Ryan Crotty and Ben Smith both scoring doubles.

And Hansen admitted that had the All Blacks been playing on the road, it might have been altogether trickier to secure the win.

He added: “Whenever you get something like this you learn something. If we’d been somewhere else in front of 80,000 people where they don’t like you much there would’ve been a wee bit more pressure.

“There will be some guys that will have a good look at the way they played and they’ll be disappointed with that and the leadership group will have some good conversations.”

There are few more fearsome sights in world rugby than Julian Savea at his peak, and the All Black winger was at his bulldozing best in Hamilton.

Scorer of one try, Savea did much more than that, with a tackle-busting run setting up the second New Zealand try while he finished the game with 116 metres in all with ball in hand.

"I was able to get my hands on the ball, and the boys inside definitely made that possible," Savea said.

"You guys can be the judge in terms of if I'm back to my best.

"But for me it's just about playing rugby, enjoying it, and playing with a clear mind really, not caring about making mistakes. That's the sort of mindset I've gone through throughout the last few weeks.