Peter O'Mahony scored on his first Munster start since May 2015, but it was not enough to deny Leinster a 25-14 victory in an enthralling Irish derby in Dublin. [more] 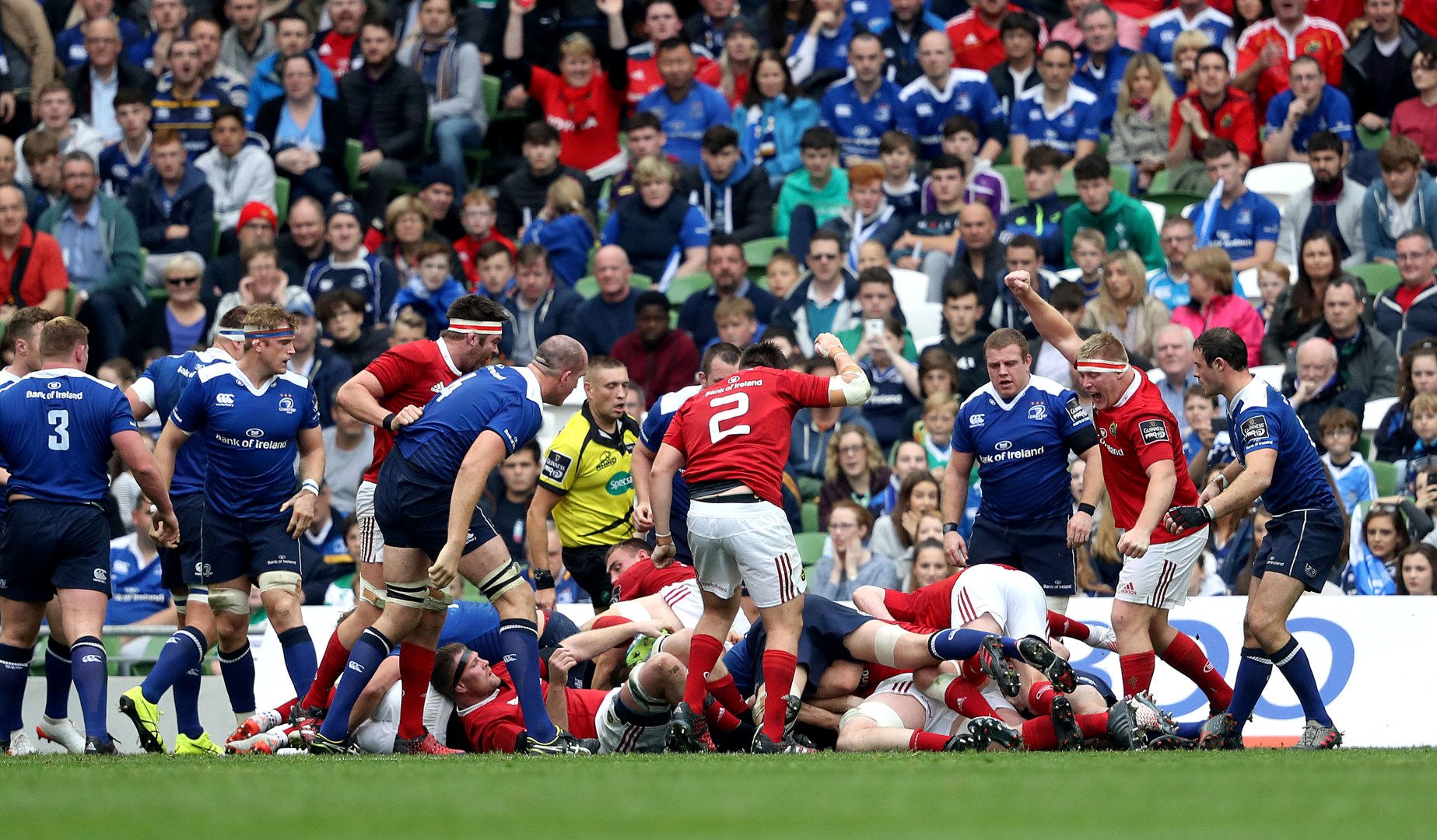 Peter O’Mahony scored on his first Munster start since May 2015, but it was not enough to deny Leinster a 25-14 victory in an enthralling Irish derby in Dublin.

Leinster captain Isa Nacewa grabbed a try in either half – with Jonathan Sexton kicking two penalties and a conversion – before Jamison Gibson-Park scored a poacher’s try to ensure Leo Cullen’s side claimed early-season bragging rights and moved second in the Guinness PRO12.

And with The British & Lions Tour to New Zealand swiftly approaching, O'Mahony gave a timely reminder of his qualities to watching Ireland coaches Joe Schmidt and Andy Farrell.

It may not have been the prettiest of tries, but O’Mahony was the man to touch down for Munster after an immensely powerful driving maul, with Jaco Taute crossing late on for a consolation try.

CJ Stander and O’Mahony had been a real handful throughout the first-half for Munster as Rassie Erasmus’ side grew into a game that had initially looked like getting away from them.

Unsurprisingly, Munster captain O’Mahony did not last the full 80 and was replaced by Jack O'Donoghue early on in the second-half, but it will have surely pleased both Erasmus and Schmidt to see such an inspirational player come through a testing encounter unscathed.

A brilliant Leinster blindside attack looked to have put Isa Nacewa over in the corner after just nine minutes as the hosts attacked from deep.

But Lion Simon Zebo was on hand to make a brilliant covering tackle on the experienced Leinster wing, hauling him down just a metre short – though Nacewa could only be denied for so long.

Erasmus will have been pleased with the way his side retained possession, while they made more metres with ball in hand than Leinster, as well as making 27 fewer tackled.

But Sexton turned in another accomplished performance from No.10 to ensure the Leinstermen were constantly a threat in attack.

Isa Nacewa gets over for his second try of the game! Sexton slots the following conversion. Leinster 18-7 Munster https://t.co/1bmOjo1qhB

Robbie Henshaw made his Leinster debut alongside 21-year-old centre Garry Ringrose in what could be a potential long-term Ireland centre pairing.

Ringrose spilled a bobbling Sexton grubber kick that would have led to a certain try, but far from being ruffled as Schmidt watched on, the 21-year-old grew into the game and was chief architect in Nacewa’s second score.

A powerful, weaving run took the young Leinstermen through several tackles before Nacewa finished the job.