Jamie George stole the headlines at Allianz Park with a late try double as Saracens dismantled Wasps 30-14, but Billy Vunipola was the star of the show as the ever-clinical champions laid down a big statement. [more] 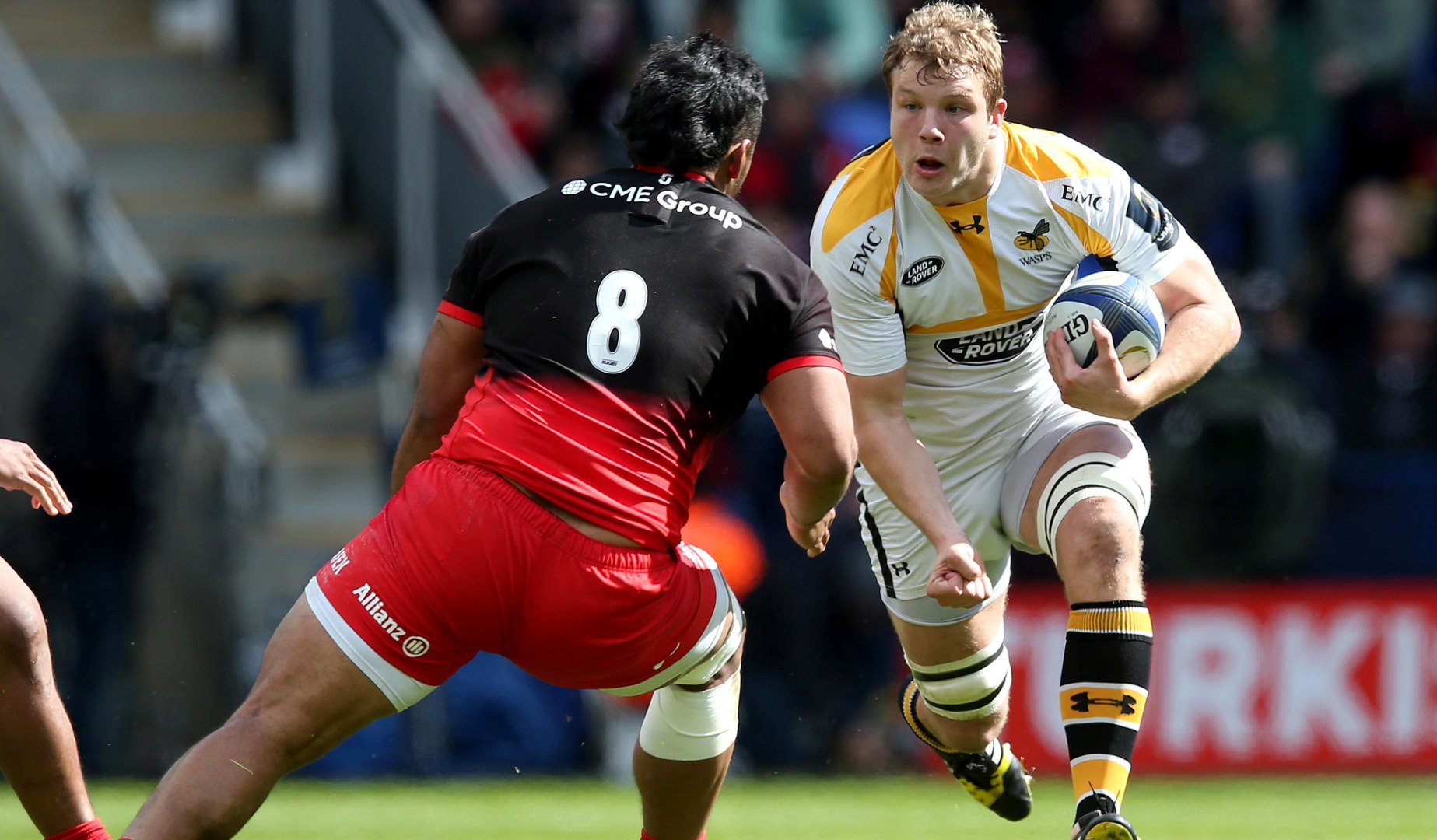 Jamie George stole the headlines at Allianz Park with a late try double as Saracens dismantled Wasps 30-14, but Billy Vunipola was the star of the show as the ever-clinical champions laid down a big statement.

Mako Vunipola – who won three Test caps for The British & Irish Lions in 2013 – opened the scoring after just three minutes as the defending champions wasted no time in showing the full array of their powerplay.

Josh Bassett and Mike Ellery traded scores before half-time, and though Wasps were very much in the hunt at 13-11, Mark McCall’s side motored away with George’s brace and an Alex Lozowski penalty.

Much was made of Nathan Hughes’ inclusion in Eddie Jones’ first England squad, but if today was anything to go by then the Australian need look no further than Vunipola.

The England No.8 sought to impose himself on Hughes from the outset, pressurising the Wasps’ man with his excellent linespeed in defence and carrying with his usual vigour in attack.

Though George got over the line, his scores were built on Saracens’ immense forward power – at the heart of which was Vunipola.

Partner in crime Maro Itoje enjoyed another distinguished afternoon, coming up with a remarkable turnover as Wasps hunted what would have been a crucial score.

England coach Jones said Danny Cipriani must prove himself as the best fly-half in the country if he wants to play for the Red Rose and for 60 minutes he looked every inch the No.10 general.

He kicked smartly, ran proceedings in attack and his superb break – dashing round Vunipola of all people – conjured Bassett’s score from nothing.

Saracens came into the game after 60 minutes and things got harder for Cipriani, but it was nevertheless a superb shift from the 28-year-old.

Toulon have never lost at the Stade Félix Mayol in the Champions Cup – but that is the mountain Saracens must climb if they are to start their title defence with a win next Saturday.

With George’s powerful last 20 minutes, George Kruis and Itoje bubbling nicely in the second-row and the Vunipolas a constant menace, they look to be warming up nicely to take a crack at Diego Domínguez’s side.