Michael Cheika has handed Reece Hodge Australia's No.12 shirt as the Wallabies aim to prevent New Zealand from setting a new record for most consecutive Test wins on Saturday. [more] 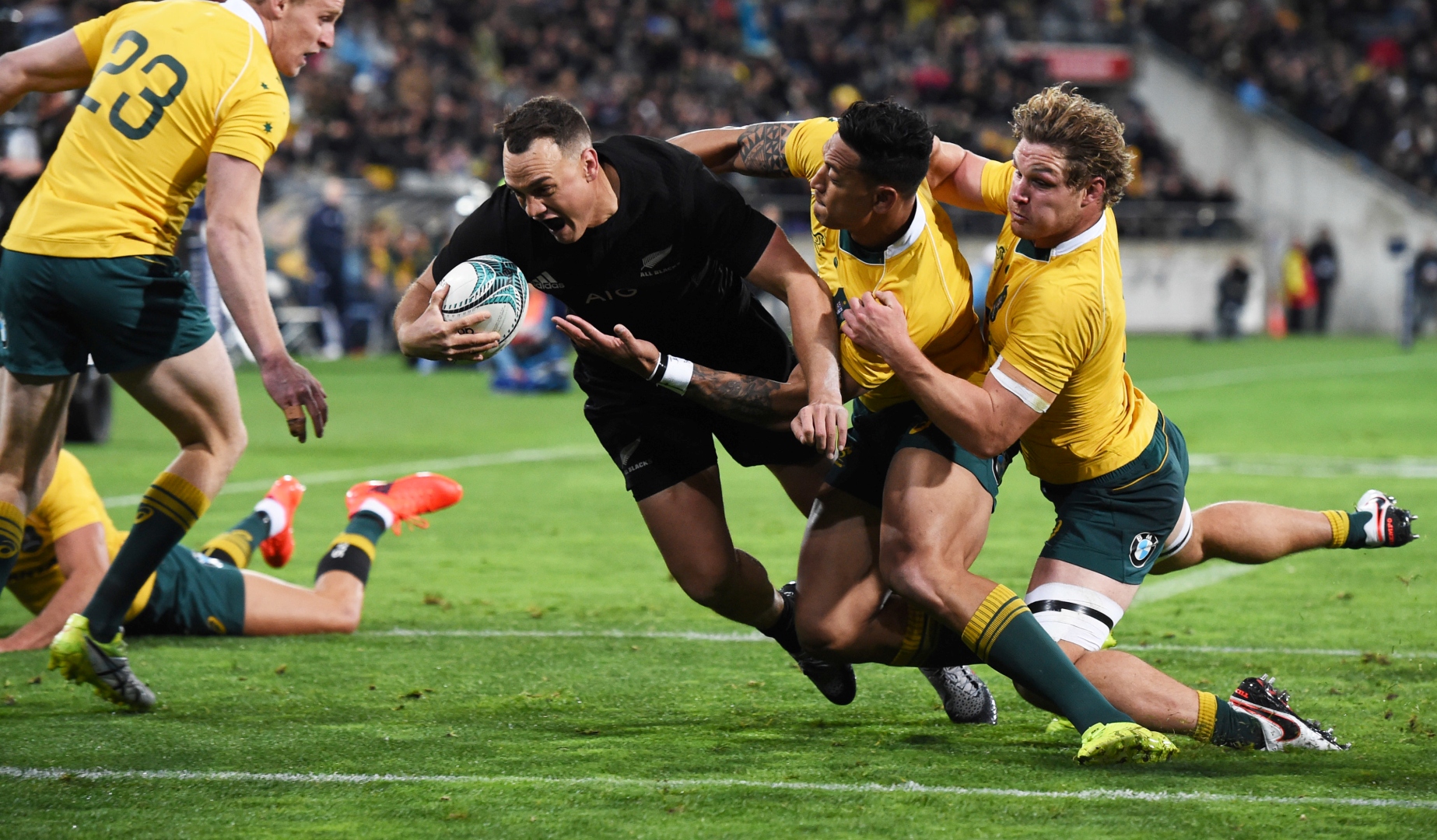 Michael Cheika has handed Reece Hodge Australia’s No.12 shirt as the Wallabies aim to prevent New Zealand from setting a new record for most consecutive Test wins on Saturday.

Head coach Steve Hansen had made three changes to his New Zealand team for the Eden Park clash, including restoring winger Julian Savea to the starting line-up for the Bledisloe Cup clash and Cheika has responded by tinkering with his own line up.

Quade Cooper is dropped to the replacement’s bench as Bernard Foley moves to fly-half, with winger Henry Speight coming in on the wing, Samu Kerevi shifting to outside-centre and Tevita Kuridrani dropping out of the squad, while talismanic back-row David Pocock returns to the bench after a hand injury.

New Zealand – who welcome The British & Irish Lions next year – host their trans-Tasman rivals at a ground where they have not lost to Australia in 30 years, looking to set a new top tier record of 18 consecutive Test wins.

And Cheika believes the bold decision to promote 22-year-old Hodge to start in the three-quarters can help the Wallabies – who were the last side to beat New Zealand – reverse a run of four consecutive losses to the World Champions.

"Testing new ideas on the biggest stage – sometimes maybe some people might not think [now] is the right time but I think that's the time and that's the place where you see that if it really is something that can work in the future. We'll see how we go," Cheika said.

"Maybe it's not about if Bernard is a better option than Quade but more about the combination changing. I figured this was the right time."


The All Blacks’ matchday 23 features a trio of changes from the one which beat South Africa 57-15 in Durban ten days ago, with all three coming among the backs.

The only change to the starting XV sees Savea return to the 11 jersey after being rested in South Africa with Waisake Naholo dropping out of the squad.

"There's no bigger game than playing at Eden Park against the Aussies."

Aaron Cruden – who is making his comeback from a groin injury – is named among the replacements in place of Lima Sopoaga while Malakai Fekitoa is also preferred to centre George Moala on the bench.

And despite their strong form Hansen insists there is no danger of any complacency creeping in.

"The stage is set for another huge trans-Tasman battle. It's a challenge we're really looking forward to," he explained.

“The squad is feeling refreshed and raring to go after our return from South Africa, and we're all looking forward to what we know is a hugely-anticipated Test match at Eden Park.

“We've been focussed in our preparation this week and there's a strong resolve within the group to put in another performance we can be proud of.

"Australia will be coming here with a lot more confidence than when we played earlier in the season.”