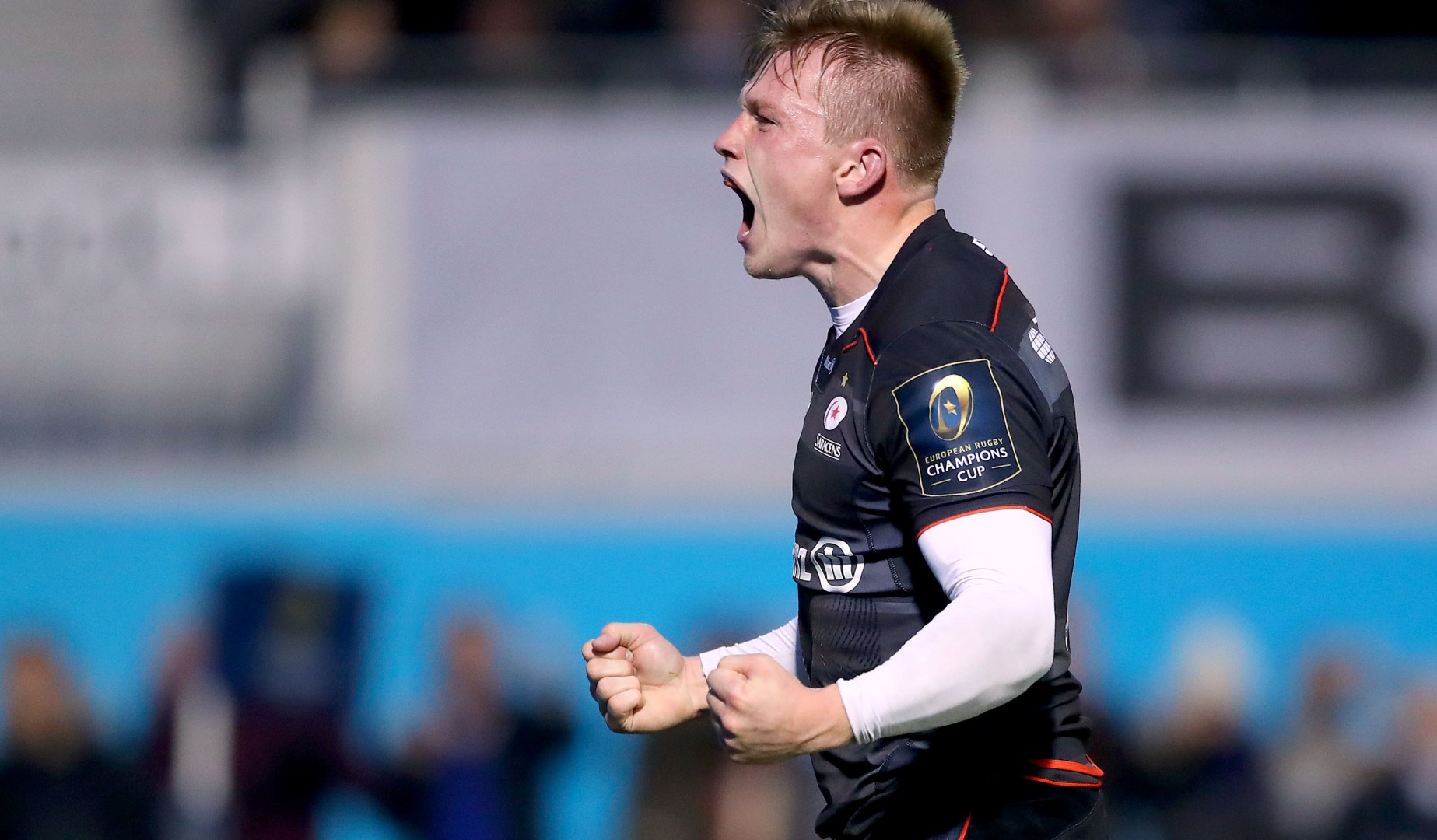 Young Nick Tompkins had a fine game at inside centre, while 2013 Lion Mako Vunipola was at his rampaging best for Mark McCall's side.

With The British & Irish Lions Tour to New Zealand in 2017 looming, the reigning champions continued to show why they are so fearsome in Europe.

It was England prop Vunipola who crossed for Saracens' first try after a brilliant incisive run from Maro Itoje provided the initial impetus.

Tompkins collected a loose pass before the ball was recycled and Alex Goode spread the ball wide, Vunipola then found himself in space, dummied superbly and accelerated through a hole before very nearly being hauled down short of the line.

WATCH: A great dummy from Mako Vunipola to score a try for Saracens: https://t.co/d2KrejGo6F

The 2013 Lion – who won three Test caps in the famous 2-1 Test-series win over the Wallabies – showed superb awareness in the tackle to roll over and score Saracens’ first try of the afternoon.

Tompkins, 21, stepped into the fray after Barritt suffered neck stiffness in the warm-up and after a crucial role in Vunipola’s try he then sparked the next with magic of his own.

Collecting Wigglesworth’s ball, he cut a sharp line towards the ruck, slicing through Scarlets’ line and rounding the full-back to go over from 25 metres out.

Tompkins also had a key hand in the bonus-point score, collecting a spilt pass and moving the ball to Farrell, whose pass sent Chris Wyles racing over.

Saracens are too Goode

Saracens’ third try began with a wonderful deep break from Alex Goode, the England full-back dummying a kick long before darting through several tackles and finding an off-load.

Vunipola was again at the heart of things as the ball was shifted back across field, charging through a hole and dropping a superb off-load into Richard Wigglesworth’s hands before Farrell threw a wide, flat pass for Marcelo Bosch to score.

The Welsh side refused to lie down against last year’s Aviva Premiership and European double winners. Aaron Shingler pulled a score back for the hosts before Lions centre Jonathan Davies made the most of some tidy Scarlets interplay, showing brilliant strength finish well from close range with five minutes to go.

It was Saracens No 6 Michael Rhodes who had the game's final say though, bursting through to score with five minutes remaining as the Champions marched on.