Canterbury release ‘The Untouchable Jersey’ ahead of Tour to New Zealand 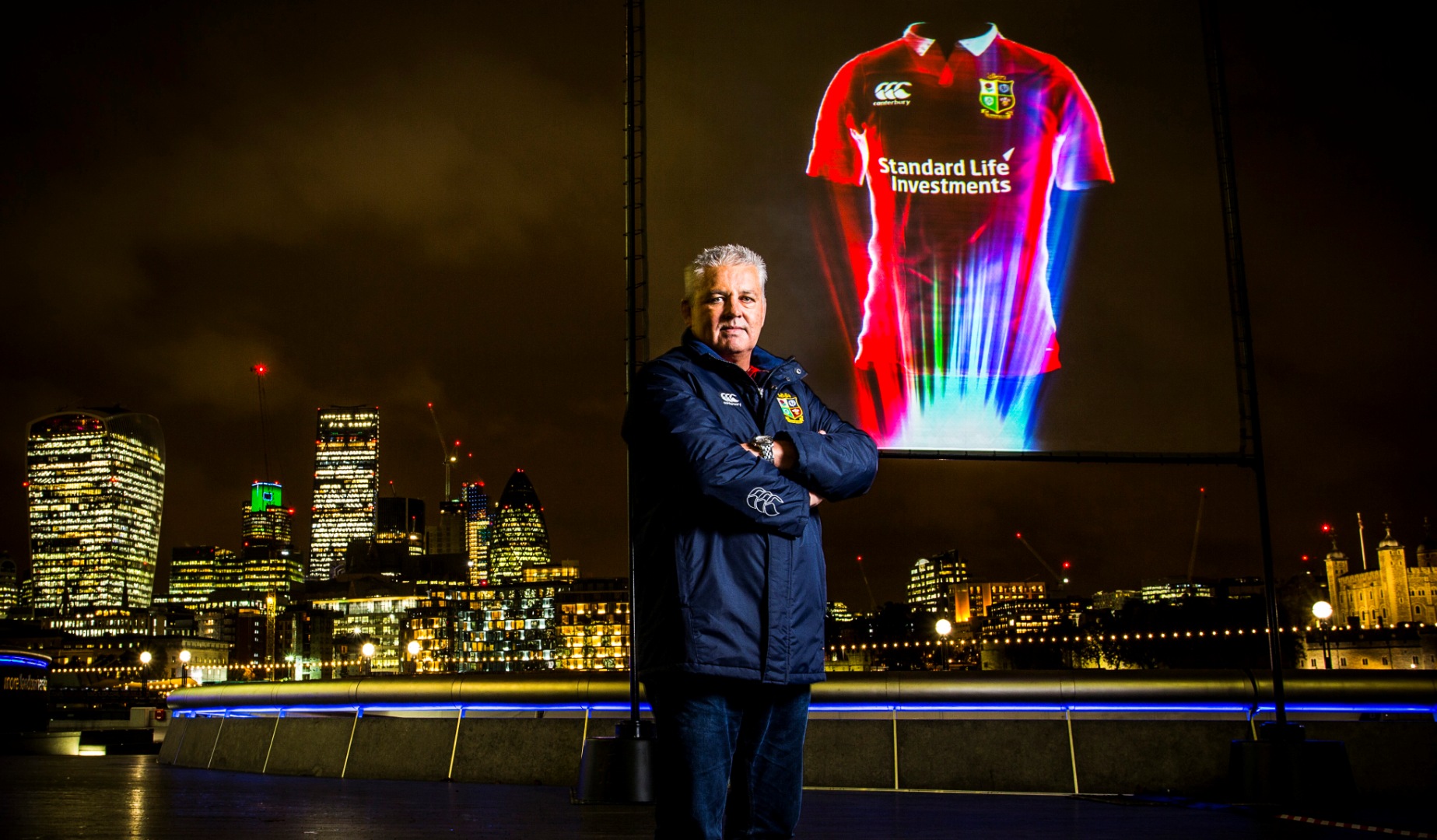 The new British & Irish Lions kit was revealed in spectacular fashion today as a giant ‘untouchable’ jersey hologram appeared over the London city-scape.

Commuters across the capital were left stunned as they came face-to-face with the giant hologram on the Southbank while British & Irish Lions Head Coach, Warren Gatland, was on hand to celebrate this milestone on the journey to the 2017 Lions Tour to New Zealand.

The hologram marked the launch of the jersey that will be worn by The British & Irish Lions players on the highly anticipated Tour.

The jersey has been positioned as ‘untouchable’ until players have earned the right to wear it with a call up to the Lions Squad and Warren Gatland, Head Coach of The British & Irish Lions, said: "To see the jersey projected like that was great. The Lions jersey is iconic and for it to be unveiled in such a different and unique way for the public was very special."

The match jersey features new innovations to give Lions players the edge, including the introduction of water resistant technology for the winter conditions they can expect.

Fans will also benefit from many of the new innovations which feature across the Pro and Classic replica versions of the jersey, introduced by Canterbury to cater for the different demands and needs of British & Irish Lions supporters.

Available to purchase today, the Pro jersey features Vaposhield technology and the same styling as the match jersey worn by the players but cut with a straighter fit, while the Classic version specifically incorporates Vapodri technology and a relaxed fit for added supporter comfort.

An identical version of the match jersey worn by the players in New Zealand will be made available in 2017 as a bespoke piece of sporting memorabilia to keep as a once-in-a-life time collectors’ item.

Describing the launch of the new jersey, Canterbury CEO, Chris Stephenson said: "Canterbury are proud to be the first brand to reveal the new British & Irish Lions match jersey in a truly ‘untouchable’ way.

"No player past or present will touch the jersey until they have been selected to represent the Lions. Canterbury have over 110 years’ experience in rugby and, like The British & Irish Lions, understand how important this jersey is to the players that wear it on the pitch and the supporters who wear it in the stands."