LionsWatch: Ireland claim historic first win over the All Blacks

Ireland made history on Saturday with their first ever win over the All Blacks on a dramatic afternoon at Soldier Field in Chicago. [more] 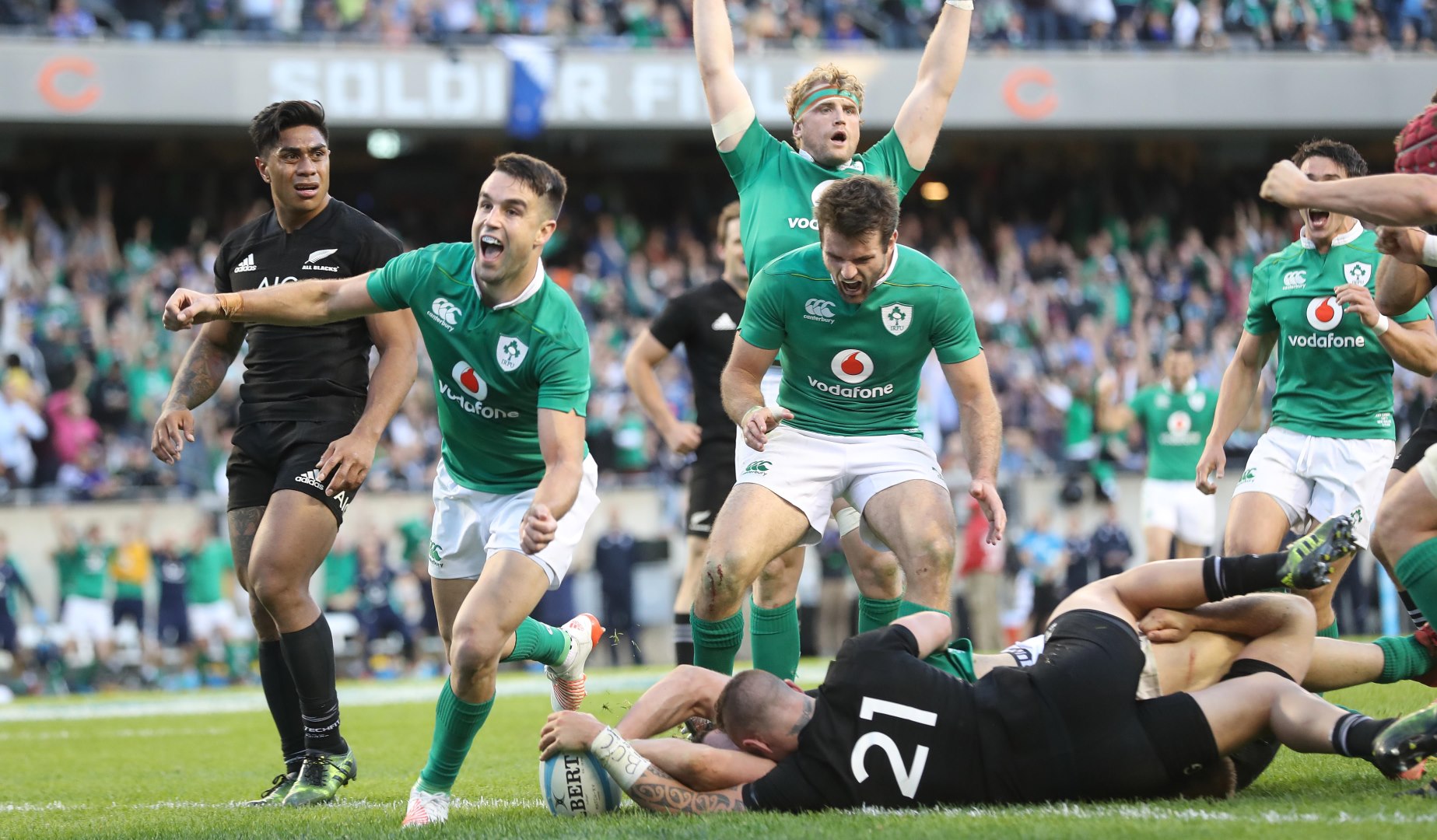 Ireland made history on Saturday with their first ever win over the All Blacks on a dramatic afternoon at Soldier Field in Chicago.

Joe Schmidt’s side scored five tries in all to end a 111-year wait for a victory over the world champions and cap what has been quite some sporting week in the Windy City.

After the Chicago Cubs ended a 108-year wait to win the World Series, Ireland came roaring out of the blocks and had three first-half tries through Jordi Murphy, CJ Stander and Conor Murray.

This time, Ireland were not to be denied and it was Robbie Henshaw crashing over from short range that put the exclamation mark on a fantastic 40-29 victory.

The two sides will meet again in a fortnight’s time in Dublin with Ireland looking to strike another decisive blow for the northern hemisphere.

By half-time Joe Schmidt’s side had opened up a 25-8 lead – the 17-point deficit at the interval the joint highest in All Black history.

And they had done it with a perfectly executed gameplan that starved the world champions of possession.

After observing the haka in a figure of eight to honour the late Anthony Foley, Ireland were clearly up for the fight.

But an early Sexton penalty was immediately offset by the All Blacks as George Moala crossed for a try on their first attack. But from then on the men in green turned the screw.

With Joe Moody in the sin bin for a dangerous tackle, Ireland crossed twice.

First it was Murphy at the back of a driving maul – after a lengthy deliberation from the TMO – and then it was Stander from close range after an initial break by an inspired Rob Kearney.

Barrett reduced arrears with a penalty but in the closing stages Sexton responded with a three-pointer of his own before Murray’s moment of magic.

A sniping run around the edge of the breakdown caught opposite number Aaron Smith slightly out of position and Murray raced clear for their third try.

BACKS TO THE WALL

Zebo – who also made a high ball catch in the second half that almost defied belief – crossed for Ireland’s fourth try soon after the interval and Irish fans could start to dream.

But no sooner had they opened a 30-8 lead, Sexton missed the extras, than New Zealand began to battle back. First it was replacement scrum-half TJ Perenara, collecting a Dane Coles offload in support on the inside and coasting over for the score.

Moments later and they had a second, Ben Smith going over in the right corner and with Barrett’s tough conversion landed it was now 30-22.

A penalty from Murray – with Sexton nursing a leg problem – halted the tide briefly but then All Blacks replacement Scott Barrett second row galloped over and it was 33-29.

It felt all too familiar to Irish fans after the trauma of November 2013, but instead Schmidt’s side dug deep and the stage was set for Henshaw to crash over and seal a magical win after an historic sporting week in the Windy City.

Ireland New Zealand News
Previous story Back: Attitude can be decisive for Lions in 2017
Next story Howley confident Australia lessons will improve Wales