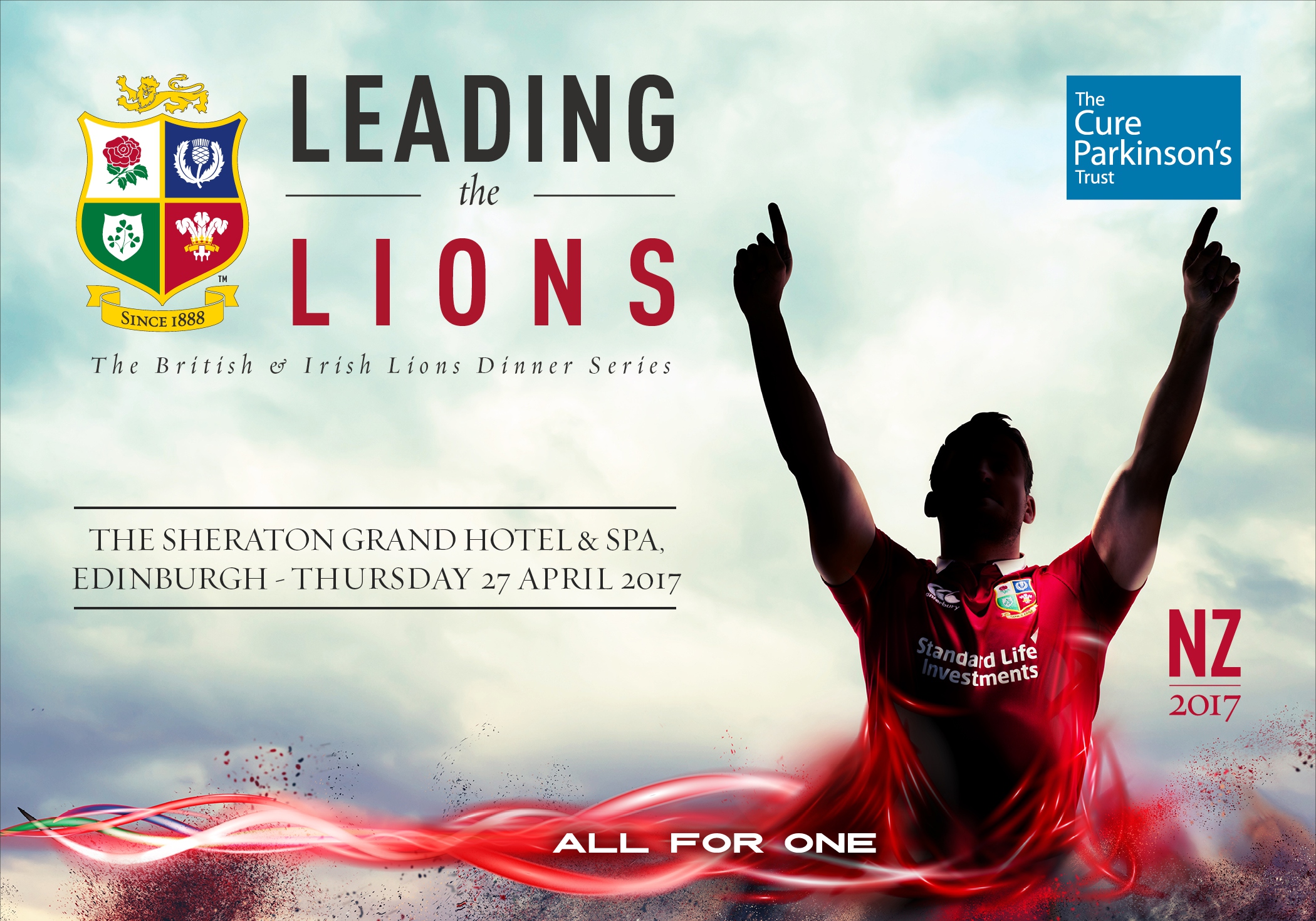 THE BRITISH & IRISH LIONS have partnered with The Cure Parkinson’s Trust for the 2017 Tour to New Zealand.

The Lions will officially support the charity which makes a difference to Parkinson’s sufferers and their families, including holding a fund-raising dinner at the Sheraton Grand Hotel, Edinburgh on April 27, 2017.

British & Irish Lions Chief Operating Officer Charlie McEwen said: "The Cure Parkinson’s Trust is at the forefront of the fight against Parkinson’s and provides support and hope to many.  The Lions family want to support them in their efforts and we hope the funds raised from this dinner will make a difference."

The Cure Parkinson’s Trust Ambassador and Lions legend Gavin Hastings, whose wife Diane was diagnosed with Parkinson’s, aged 39, said: “Parkinson’s is a condition very close to my heart as it is something my wife  has been living with for many years.

"It is wonderful that The Cure Parkinson’s Trust is the beneficiary of the Leading the Lions dinner in Edinburgh on 27th April 2017.  I have very much enjoyed working with this charity over the past five years and their single-minded determination and passion to deliver breakthrough treatments for Parkinson’s is not only inspiring, but also realistic."

The Leading the Lions evening will celebrate Lions Tours of the past and look ahead to what is arguably the biggest Lions Tour ever next June.

Great names from Lions history including Hastings will come together with 2017 Head Coach Warren Gatland and Tour Manager and 1971 Lion John Spencer.

McEwen added: “Bringing together past Lions’ coaches, captains and legends at these official events present not only a unique opportunity to hear from true Lions greats but to raise much needed funds for these four charities.”


All events include a wine reception, three-course meal, legendary Lions speakers and an auction in aid of the designated charity and the Lions Charitable Trust.