Now in their third season back in the Aviva Premiership, Newcastle Falcons appear to have taken a giant step forward from simply consolidating their place in the league. [more] 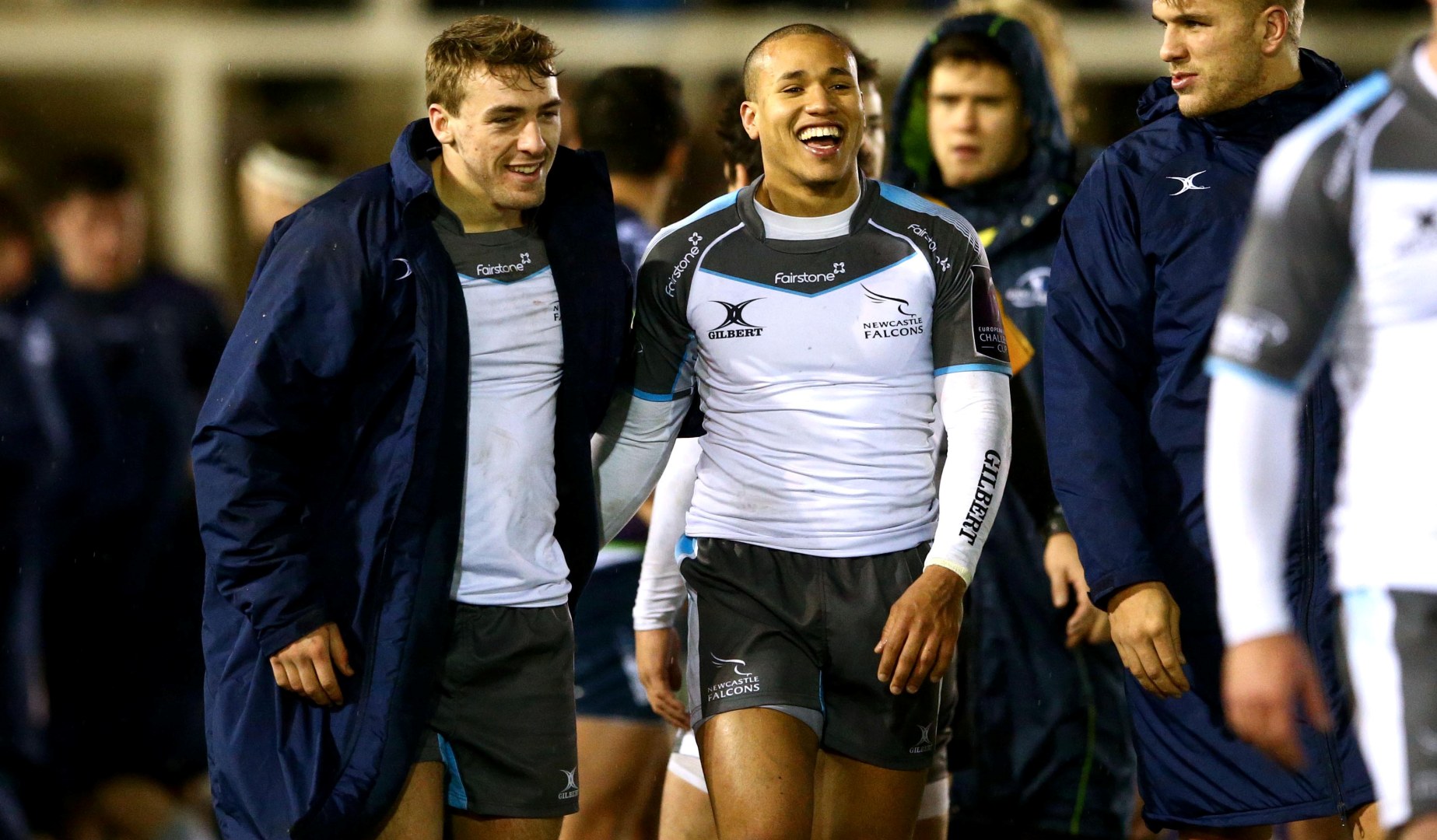 Now in their third season back in the Aviva Premiership, Newcastle Falcons appear to have taken a giant step forward from simply consolidating their place in the league.

Under the leadership of two-time British & Irish Lion Dean Richards, Falcons were promoted back to the top flight in 2013.

They secured survival in each of the following two seasons, but having twice finished 11th they look well-placed to improve on that this season after a start to the campaign that has already seen them turn over Sale Sharks, Gloucester and most recently, Northampton Saints on the road.

Playing on their 4G pitch at Kingston Park, the stereotype of forward-dominated matches in the cold appears to have been consigned to history as Falcons look to challenge at the summit of English rugby once again.

Times sports journalist David Jordan follows the team closely and has been impressed by the strides they have made this season.

He said: “They have been going well this season and the win at Saints last week was another promising step.

“The first couple of years back in the Premiership were all about survival and re-establishing themselves at the highest level.

“They’ve done that and it was important to push on this year and they look to have done so.

“If they can continue to push up the league it certainly bodes well for the future.”

Having only recently returned to the top flight, Falcons do not have extensive representation on the Test scene across the home nations.

However there are a pair of very different players who could be intriguing wild cards according to Jordan.

He said: “In terms of Lions contenders it will be tough without many current internationals.

“But if you look at four years ago, Matt Stevens went along as a veteran presence in the front row, and David Wilson – who came back to the club this season – has plenty of experience at the top level.

“By contrast you also have Marcus Watson, who was part of the GB team that won an Olympic silver medal in the Sevens in Rio.

“He’s had some success for Falcons as well, and if we’re talking about wild cards, someone who has performed on a big stage is always handy.”

Elsewhere there are a number of Falcons players who have made the step up from Championship to Premiership in impressive fashion and could get a taste of international rugby this summer while the Lions are in New Zealand.

Mark Wilson and Will Welch are two foundation pieces in the Falcons pack and deserving of international recognition in Jordan’s eyes.

He added: “It’s often about opportunity and taking your chance, and if there are a few players away with the Lions this summer, it might open the door for some of those Falcons regulars. Mark Wilson and Will Welch have been very good over the last few seasons and it would be interesting to see how they could do at a higher level.”

In terms of the next generation Falcons have been prolific in producing young talent, with the likes of George McGuigan and Kieran Brookes among recent academy graduates.

Coming through at the moment are the likes of Callum Chick, the No 8 who captained England Under-20s earlier this year, while second row Will Witty and England Saxons prop Scott Wilson are also tipped for big things.

Jordan explains: “They’ve produced some promising youngsters and not been afraid to give those guys a chance in the Premiership.

“It remains to be seen how far they will go, but there looks to be plenty of talent coming through.”

Falcons have had their fair share of Lions representation over the years, with the high point undoubtedly coming in 1997.

On that historic Tour of South Africa, there were five Falcons players in the squad – a number bettered only by Leicester Tigers.

The famous five were made up of English trio Tony Underwood, John Bentley and Tim Stimpson,  as well as Scottish pair Alan Tait and Doddie Weir.

Since then Jonny Wilkinson – arguably the club’s most famous-ever player – went on two Lions Tours while at the Falcons, while 15 players in all have represented both teams.

Jordan concluded: “There was a really strong group that went in 97 and they maintained that link with Wilkinson and more recently the likes of Mike Blair, Euan Murray and Geoff Parling who all spent time at Newcastle.

“When you think players like Rob Andrew, Gary Armstrong and Nick Popplewell also came to the club in the 90s having already represented the Lions, there is a strong link there.”

David Jordan is a sports journalist with The Times