Andy Farrell, Rob Howley and Steve Borthwick all heaped praise on the four home nations and their immensely successful autumns after being named as Warren Gatland's assistant coaches for The British & Irish Lions 2017 Tour to New Zealand. [more] 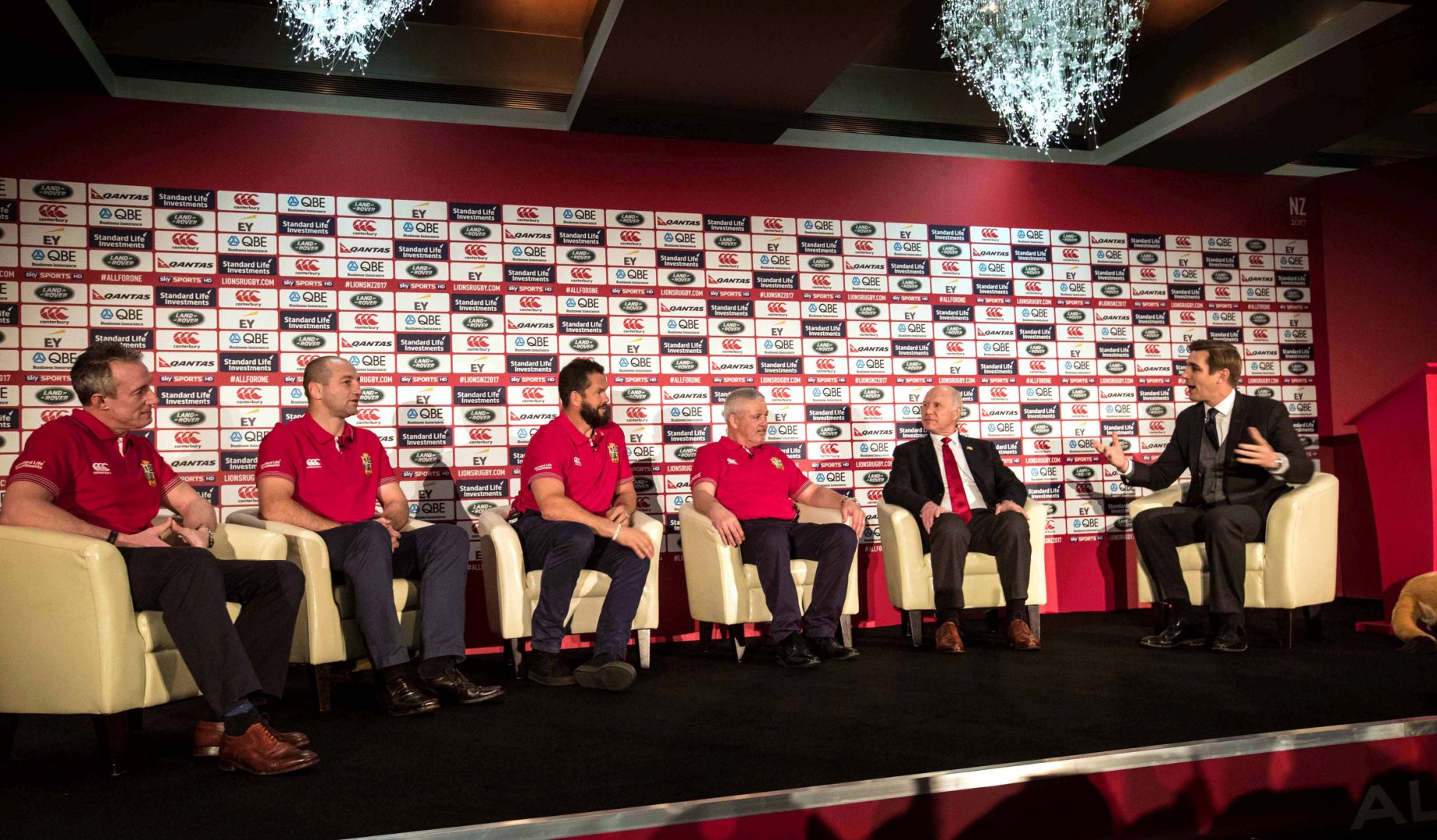 Andy Farrell, Rob Howley and Steve Borthwick all heaped praise on the four home nations and their immensely successful autumns after being named as Warren Gatland’s assistant coaches for The British & Irish Lions 2017 Tour to New Zealand.

Ireland defence coach Farrell and acting Wales coach Howley are reunited with Gatland following their 2-1 Test series victory over Australia in 2013 and you can watch the whole press conference here.

Enter now to win a Lions jersey signed by the Coaching Team!

Welshman Howley was also on the coaching team in South Africa in 2009 – and featured as a player in 1997 and 2001 – while Borthwick, unbeaten in 13 games as England forwards coach, joins the Lions set-up for the very first time.

Farrell masterminded Ireland’s defence in their 40-29 victory over New Zealand in Chicago in November and said England, Ireland, Scotland and Wales’ winning form was reason for huge optimism ahead of their three-Test series with the All Blacks.

“You look at the form of the four nations and what has happened in the autumn. Scotland had a fantastic win against Argentina, were unfortunate not to beat Australia, Wales had their most successful autumn since 2002,” the 41-year-old said.

“England are massively on a role and going great guns at the minute. Ireland have had a few good wins as well. Northern Hemisphere rugby is in a great place.”

And former England captain Borthwick admitted that it was an immense honour to be part of a Lions Tour.
“The Lions is special, having never been part of it as a player, I thought the opportunity to be involved had passed,” the 37-year-old said.

“So now to be asked to be involved in the coaching team is a privilege, an honour and is very humbling.”

Attack coach Howley will embark on his fifth Lions Tour, but first ever to New Zealand, and was excited by the talented squad at their disposal.

“There’s a legacy with the Lions and the way you have to play, the intent, the ambition. Ireland showed the way by scoring 40 points in Chicago,” he explained.

“The modern Test game requires you to score 28 or 30 points and that is going to be the challenge going to New Zealand.”

Head coach Gatland believes that the coaching team has a perfect balance of experience and new ideas to help inspire the 2017 Lions, saying:  “It is about continuity and about adding fresh faces, we are really excited about the quality of people we have got involved and also the performances of the Northern Hemisphere teams in the autumn campaigns.”