Dan Biggar's late try capped a superb Ospreys performance as they racked up nine tries in a 59-7 win against Grenoble at the Stade des Alpes in the European Rugby Challenge Cup. [more] 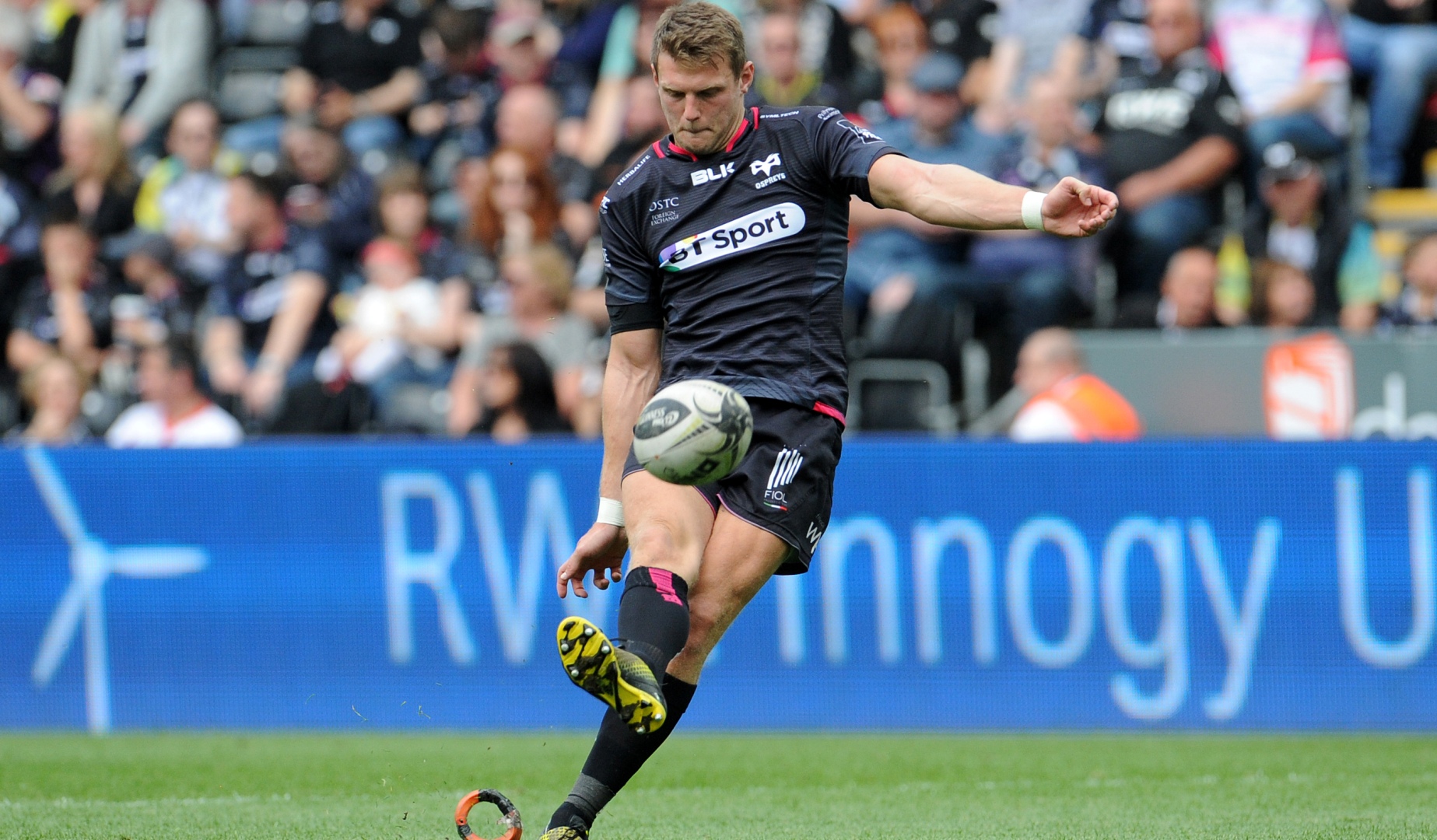 Dan Biggar’s late try capped a superb Ospreys performance as they racked up nine tries in a 59-7 win against Grenoble at the Stade des Alpes in the European Rugby Challenge Cup.

The Welsh side, who are third in the Guinness PRO12, are playing in the Challenge Cup for the first time and have started out in formidable fashion with a perfect 15 points from 15.

And Wales No. 10 Biggar turned in a fine individual performance, kicking seven conversions and scoring a try late on to rack up 19 points.

Grenoble were semi-finalists in the Challenge Cup last year, but are yet to win in the Top 14 this year and after Steve Tandy’s side saw the game postponed 30 minutes prior to its originally-scheduled kick-off on Thursday, they had clearly done enough waiting as Kieron Fonotia ran in a first-ever European try after four minutes.

Hooker Sam Parry burrowed over from a driving maul for a converted scoe before Grenoble grabbed their only try of the evening through Clement Gelin, which Gilles Bosch converted.

Alun Wyn head and shoulders above the rest:

Lovely touch from AWJ finding and thanking fans who stayed out for the rearranged game. One fan said "I can die happy now" as he walked away pic.twitter.com/3y5NxhNmRp

Gelin’s try sparked a brief resurgence from the hosts but after they had a score denied by the TMO, Jones – so often inspirational in his diligence and determination around the park – grabbed a record-breaking score for the Ospreys.

Jones is definitely more known for his earth-shaking tackles and making hard yards, but he reminded everyone that he is more than capable of getting his name on the scoresheet with his 21st Ospreys try.

Fellow Lion and former Wales skipper Ryan Jones previously held the record with 20, but Jones is now out in front on his own.

As Ospreys continued to rack up the tries, Biggar was superb from the tee and he struck his fourth successful conversion of the half when Josh Matavesi went over just before the break.

A big thank you to @OspreysSC for your efforts for the cause again this weekend, those who stayed tonight and those who couldn't #MyTeam pic.twitter.com/DdHdZqPgPV

Dafydd Howells reminded everyone of his huge potential with a quick try double after the break, but Giles was not to be out-done.

On 63 minutes the youngster collected a loose ball just inside the Ospreys half and, barely breaking stride, he flummoxed four defenders, dancing through and racing away to score his first of the night.

Howells gave a nod to Biggar’s all-round performance when – with a hat-trick looming – he fed the No.10 for a final try of the night that completed a fine showing from the Welshmen.