Joe Launchbury produced one of the stand-out showings of the European season last weekend for Wasps as they downed Connacht at the Ricoh Arena. [more] 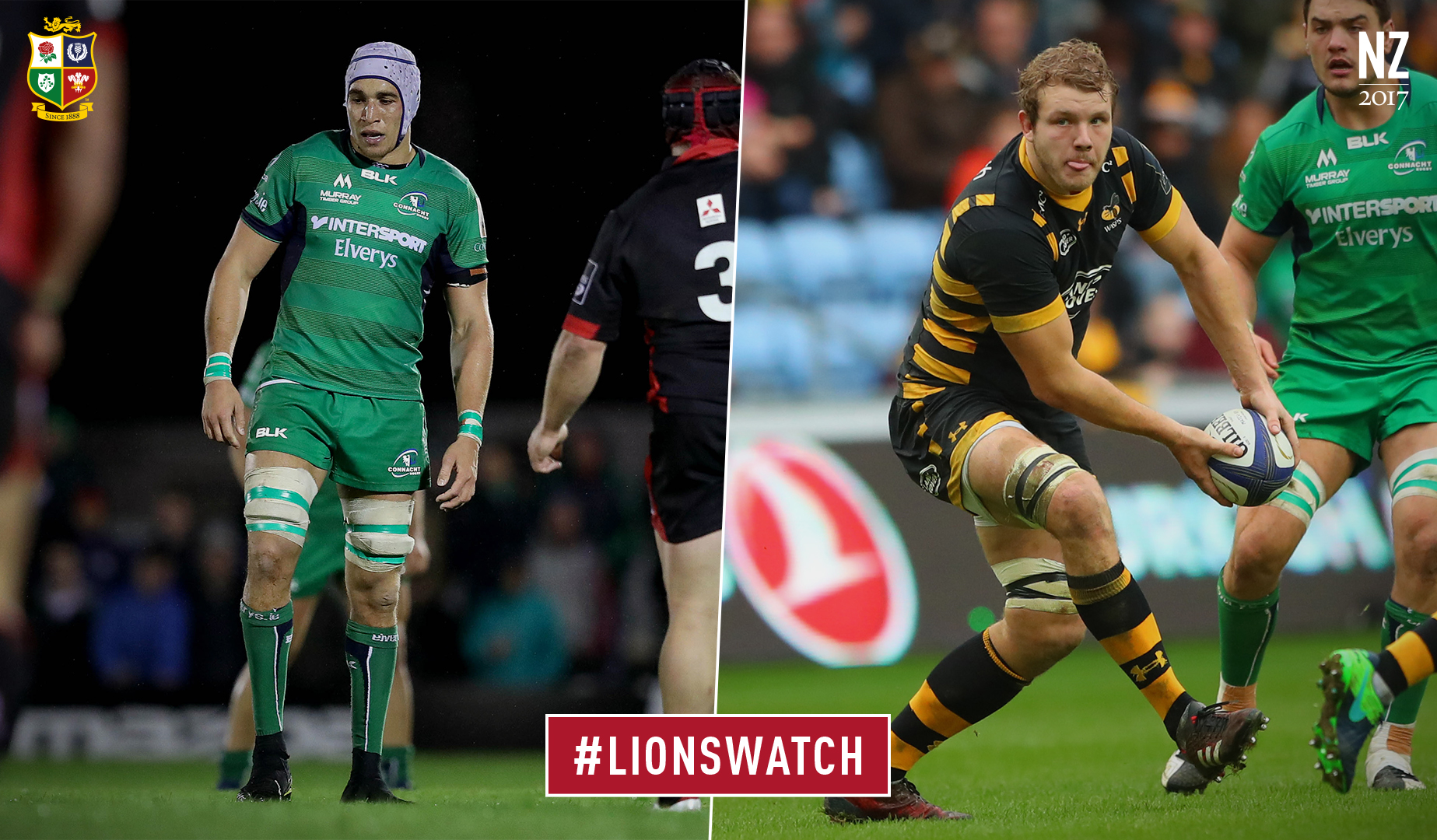 Joe Launchbury produced one of the stand-out showings of the European season last weekend for Wasps as they downed Connacht at the Ricoh Arena.

Dai Young’s side remain unbeaten in the European Rugby Champions Cup this season but that record will be sorely tested this weekend at the Sportsground.

The men from Galway – the defending Guinness PRO12 champions – more than matched Wasps for an hour before the English side pulled away late.

Launchbury looked back to his best for England during the first two clashes of the autumn and he carried that form back into his club colours.

The lock scored a try, was a nuisance at the breakdown all day and captained his side with distinction on Sunday in their bonus-point win.

And with The British & Irish Lions 2017 Tour to New Zealand in mind, the lock will be hoping to back that showing up this weekend.

If he is to do that however, he will need to get the better of his opposite number Ultan Dillane.

Still only 23, the Paris-born lock continues his meteoric rise that began last season as the men from Galway stormed to the title.

Now firmly part of the international set-up with Ireland, Dillane downed the All Blacks this autumn in Chicago and his match-up with Launchbury should be worth the price of admission alone.

But while the second row competition is fierce throughout the four home nations, there are a couple of speedsters out wide that also are hoping to catch the eye in Galway.

2013 Lion Christian Wade continues to thrill in attack but will need to be at his best to contain Ireland international Matt Healy – the top try scorer in the Guinness PRO12 last season.

Elsewhere Kieran Marmion impressed at scrum-half last weekend and will look to get the better of the recalled Joe Simpson.

TIGERS OUT FOR REVENGE

The second Irish-English match-up takes place at Welford Road as Leicester Tigers go in search of revenge against in-form Munster.

Having been nilled at Thomond Park, Richard Cockerill’s side will be itching to set the record straight.

To do that they will need to keep two Ireland stars in Conor Murray and CJ Stander quiet.

The former edged his match-up with fellow Lion Ben Youngs last weekend but not for nothing was the England scrum-half voted their player of the autumn and their match-up will certainly produce fireworks.

Stander’s rampaging runs caused havoc in Limerick and Welshman Luke Hamilton will start for the Tigers in an attempt to shackle the Ireland star.

Manu Tuilagi shifts to inside centre for the Tigers and his match-up with Rory Scannell in midfield should make for an intriguing contrast in styles.

BACK ROW BATTLE AT THE AVIVA

And the third trans-Irish Sea rivalry sees Northampton Saints head to the Aviva Stadium to take on Leinster.

Downed at home last weekend, Saints are hoping history can repeat itself this weekend after they went to Dublin and won in 2013 against the boys in blue.

And Warren Gatland will be keeping a close eye on the back row where England internationals Teimana Harrison and Calum Clark will look to get one over Josh van der Flier, Sean O’Brien and Jamie Heaslip.

Up front Jack McGrath’s clash at scrum time with Kieran Brookes could also be pivotal as Leinster look to return to the knockout stages after missing out 12 months ago.

Elsewhere in Pool 5 Exeter Chiefs are still searching for their first win in Europe this season and Jack Nowell is a man to watch.

The England winger missed the autumn through injury but continues his return on the right wing this weekend while Henry Slade is given a chance at fly-half for Rob Baxter’s side against Bordeaux.

And over in Clermont two-time Lion Tommy Bowe will have his hands full trying to contain Nick Abendanon on the wing as Ulster look to complete a famous double.

Iain Henderson, man of the match last Saturday, stays on the blindside as Ulster only show one change – Franco van der Merwe replacing the injured Robbie Diack in the second row.


SARRIES AIMING FOR THE RECORD

Elsewhere Saracens look  to extend their winning run in Europe to 14 games, level with Munster’s record when they take on Sale Sharks.

2013 Lions Sean Maitland, Brad Barritt and Owen Farrell are all in the back line while Mako Vunipola continues to lead from the front in the absence of his injured brother Billy.

And in the same pool Liam Williams and Leigh Halfpenny will again go head to head in the full-back role as Scarlets face off with RC Toulon.

In the Challenge Cup Ospreys recall Sam Underhill for only his third start of the season on the openside while Sam Davies switches to full-back for their re-match with Grenoble.

Harlequins are at near full strength to welcome Timisoara Saracens as internationals Tim Visser, Jamie Roberts, Marland Yarde and Mike Brown return to the squad and are named in the back line.