LionsWatch: Russell runs the show for rampant Warriors at Scotstoun

A Finn Russell-inspired Glasgow Warriors delivered a scintillating performance to down Racing 92 23-7 for their third European Rugby Champions Cup victory of the season to go top of Pool 1. [more] 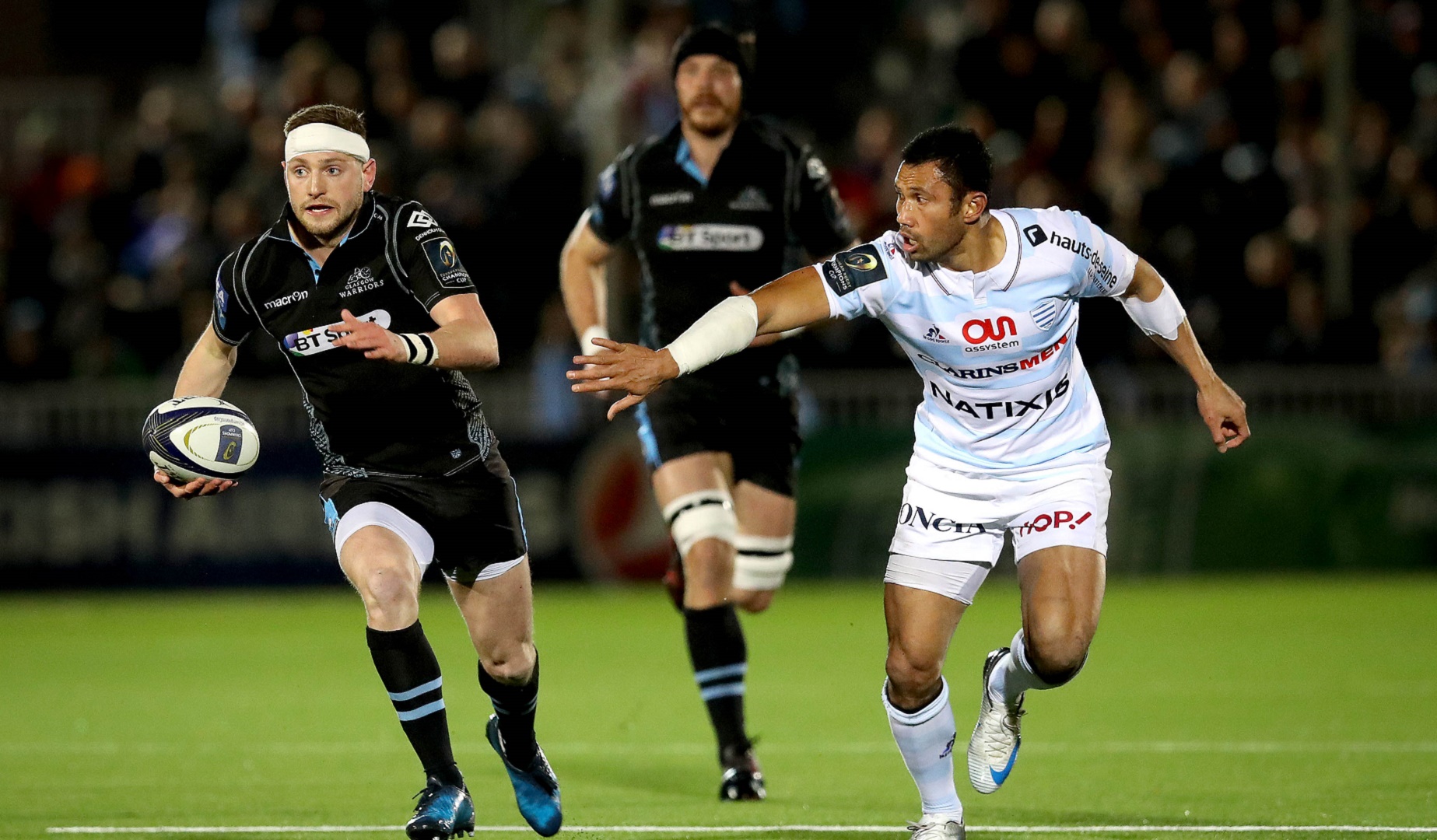 A Finn Russell-inspired Glasgow Warriors delivered a scintillating performance to down Racing 92 23-7 for their third European Rugby Champions Cup victory of the season to go top of Pool 1.

The hosts came out of the blocks firing at Scotstoun, with three tries within 47 minutes seeing them complete a rare double against the French champions and European runners-up.

Josh Strauss, Fraser Brown and Ali Price all crossed for the Warriors, with the ever-reliable Russell adding from the tee to keep Racing firmly on the back foot.

They were to fight back, holding their own in the second half though not even Xavier Chauveau's last-minute score could give them a losing bonus point.

Victory in France had arguably been one of Gregor Townsend's best at the Glasgow helm, but with the call to follow up the performance still ringing in the ears, his charges certainly delivered under Friday night lights.

On his 100th Warriors appearance, Strauss got his side off to a blistering start when dotting down within just four minutes with a try that would undoubtedly set the tone of the match.

Russell's chip was gathered by Tommy Seymour, in turn feeding 2013 British & Irish Lion Stuart Hogg. And with a dose of quick-thinking, the fullback was off in familiar fashion, finding Strauss to open the scoring in supreme circumstances.

Finn Russell has be named Man of the Match tonight. #LionsWatch pic.twitter.com/SHeFYEbvtd


But any thoughts of a Glasgow let-up were quashed when second-row Jonny Gray – boasting a 100 percent tackle rate in the competition with 11 before the match – brought the ball forward after an excellent break from centre Alex Dunbar.

With penalty advantage, the ball found its way to Brown to crash under the posts, a 15-minute salvo to bring the crowd to their feet in an electric display of rugby.

Still the Warriors came, with Russell – also man of the match in last week's reverse fixture – keeping a tight check on the dangerous Dan Carter in the Racing line-up, with his first penalty of the match taking the scoreline to 15-0 with time remaining in the half.

Firmly in the driving seat after more points from the tee, Glasgow came again early in the second period with waves of attack.

And the pressure eventually told, a scrum in the French side's 22 seeing the hosts pouring forward onto the line, with Price throwing a majestic dummy to rumble over and all but seal the win.

It was only then that Racing came into the match, building up the phases for the first time, a spell that should have seen them on the scoreboard before Gomes Sa fumbled.

But for Glasgow, once again enjoying wonderful link-up play between Seymour and Hogg, the fourth and potentially-vital try in a search for a bonus point proved elusive.

That was mostly due to a resurgence of sorts from the visitors, getting their reward through Chauveau following a dart from the side of the ruck.