One of the leading clubs in the north of England, Sale Sharks have been in the league's top flight for 22 years now, with top half finishes in three of the last five seasons. [more] 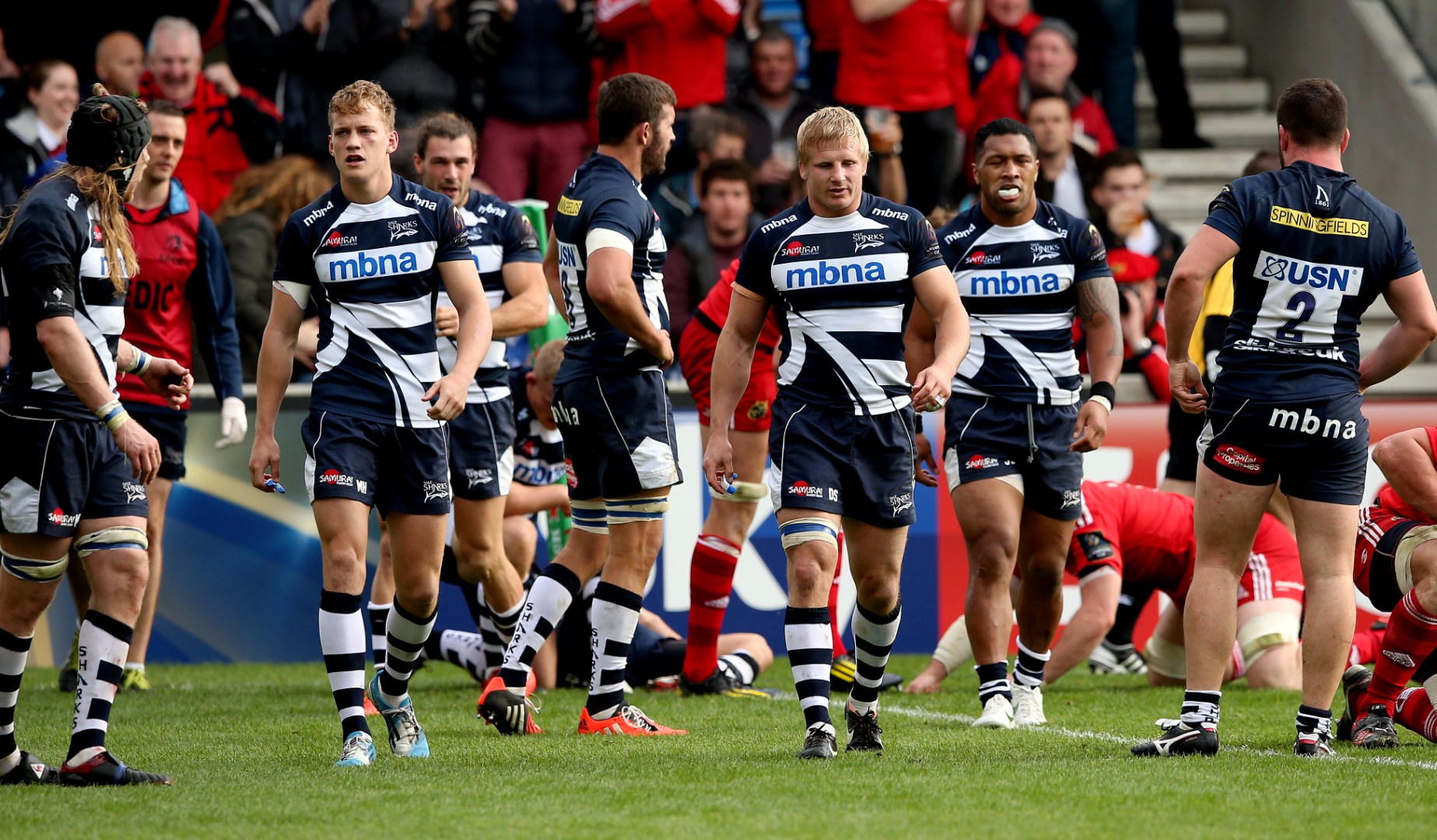 One of the leading clubs in the north of England, Sale Sharks have been in the league’s top flight for 22 years now, with top half finishes in three of the last five seasons.

The highlight for the northern powerhouse undoubtedly came in 2005/6 when they became the first team in the history of the Premiership to finish top of the table at the end of the season and then go onto claim the title.

That side was built around the likes of British & Irish Lions Charlie Hodgson and Jason Robinson, as well as some star talent sprinkled in from elsewhere – most notably iconic No 8 Sébastien Chabal.

Now working under director of rugby Steve Diamond, the team is moulded in the image of the former hooker, with a powerful pack and some firepower and young talent in the backline.

Recent form has been an issue, with narrow defeats to Bristol and Harlequins seeing them drop off the pace in the race for a top six spot.

But there is undoubtedly talent coming through, and according to the Rugby Paper’s Jon Newcombe, with some reinforcements in a couple of areas, Sale have the potential to get right back to where they were last season.

He explained: “Steve Diamond has admitted himself that they are lacking a bit of game management in the half-backs and a big ball-carrying forward.

“That’s where Danny Cipriani and Vadim Cobilas have been missed. There’s also Tommy Taylor with his strong work in the set-piece and rampaging play around the park.

“They’ve not been helped by injuries, Rob Webber broke his arm in his first game, he will provide some much-needed experience and leadership. Similarly losing Peter Stringer to injury has made it more difficult in the half-backs.”

Sale have brought in a pair of former rugby league wingers this season in Josh Charnley and Denny Solomona.

The latter has carried his scoring form – he broke the Super League single season try-scoring record this year – across to union, and Newcombe believes he offers the sort of wildcard potential that could see him come into contention.

Having been in the UK since 2014, playing for London Broncos and then Castleford, the Auckland-born 23-year-old will be eligible for England by the time the Lions Tour rolls around.


Newcombe explained: “Of the two guys who’ve come over from league, Solomona really seems to have benefited from playing union when he was younger.

“The time needed to adapt was always going to be longer for Charnley, but Solomona has settled in really well.

“They try he scored in his first game (against Northampton Saints) was exceptional.

“The lines he runs, you can tell that he played union at a young age and he just seems quite natural. Any player like that who can score tries and get the ball down in the corner like he showed has got be worth a shot.

“There’s also the added twist that he’s from Auckland so will know the area well.”

While Solomona’s X-factor makes him an intriguing candidate for Head Coach Warren Gatland, Sale are not short of emerging talent who have bolter potential.

As club captain and with such a famous father in former Lions skipper Bill, it’s often easy to forget that Josh Beaumont is still only 23.

Capable of playing in the second row and the back row, Beaumont has had an injury-disrupted season, and Newcombe admits he’s still getting back to top form.

“Josh Beaumont has come back from injury into this side and is getting back up to speed,” he added.

“He’s clearly very mature, everyone can see that and it’s no surprise that he got the captaincy.

“In terms of his position, Eddie Jones seems to view him as a second row, using his athleticism, and it will be interesting to see which position he’s better suited to play long-term.”

Aside from Beaumont, back duo Sam James, who can play both in the centres and at fly-half, and full-back Mike Haley have been key figures for the Sharks this year.

“They’ve tried Sam James out at ten to provide the game management they need. He’s shown some nice touches and even if he’s not the complete ten it should help his game in the long run. He’s been doing well this year,” explained Newcombe.

“Haley is one of those players who always seems to make ground and beat the first man when he catches the ball. He’s very good at getting the team on the front foot and has been an important player for Sale.”

Shout out to the Curry brothers who yesterday became only the 4th set of twins to play together in the top flight ?https://t.co/6VKl6rjo7W pic.twitter.com/MZOeIxxaAI


And looking further down the line there are high hopes at Sale for twin brother Ben and Tom Curry, who have both made their first team debuts this season at the age of 18.

Newcombe said: “I went to school with their dad, David, while their cousin is Sam Olver, who is at Saints.

“They are still so young but have already had a chance in the first team. Tom got the first chance and Ben seems to have got a bit more game time recently.

“They are quite hard to tell apart at the moment but they look to have a lot of potential.”

Sale’s international contributions began all the way back in 1910 when scrum-half George Isherwood was selected to tour with the Lions in 1910 to South Africa.

He played in all three Tests on that Tour, although never represented England. Since Isherwood there have been plenty of Lions in the last couple of decades, while current chairman Fran Cotton has his own place in Lions history.

As well as being the subject of one of the most iconic photos of them all, when caked in mud on the 1977 Tour, he was also part of the Invincibles in South Africa in 1974, and team manager for the historic return to South Africa in 1997.

Since then, Jason Robinson, maybe the most memorable of Sale’s Lions, scored a famous try against Australia in 2001 when he left Chris Latham in his wake.

Others along the way include Andrew Sheridan and Charlie Hodgson from the title-winning side of 2006, while Scotland’s Richie Gray and Wales’ Dwayne Peel also played for the Lions – and Mike Phillips is currently part of the squad after featuring on the last two Tours.

Jon Newcombe is the Northern News Editor of the Rugby Paper