Chris Ashton's second-half double, including a score deep into time added on, completed a remarkable Saracens fightback at Parc y Scarlets in the Champions Cup. [more] 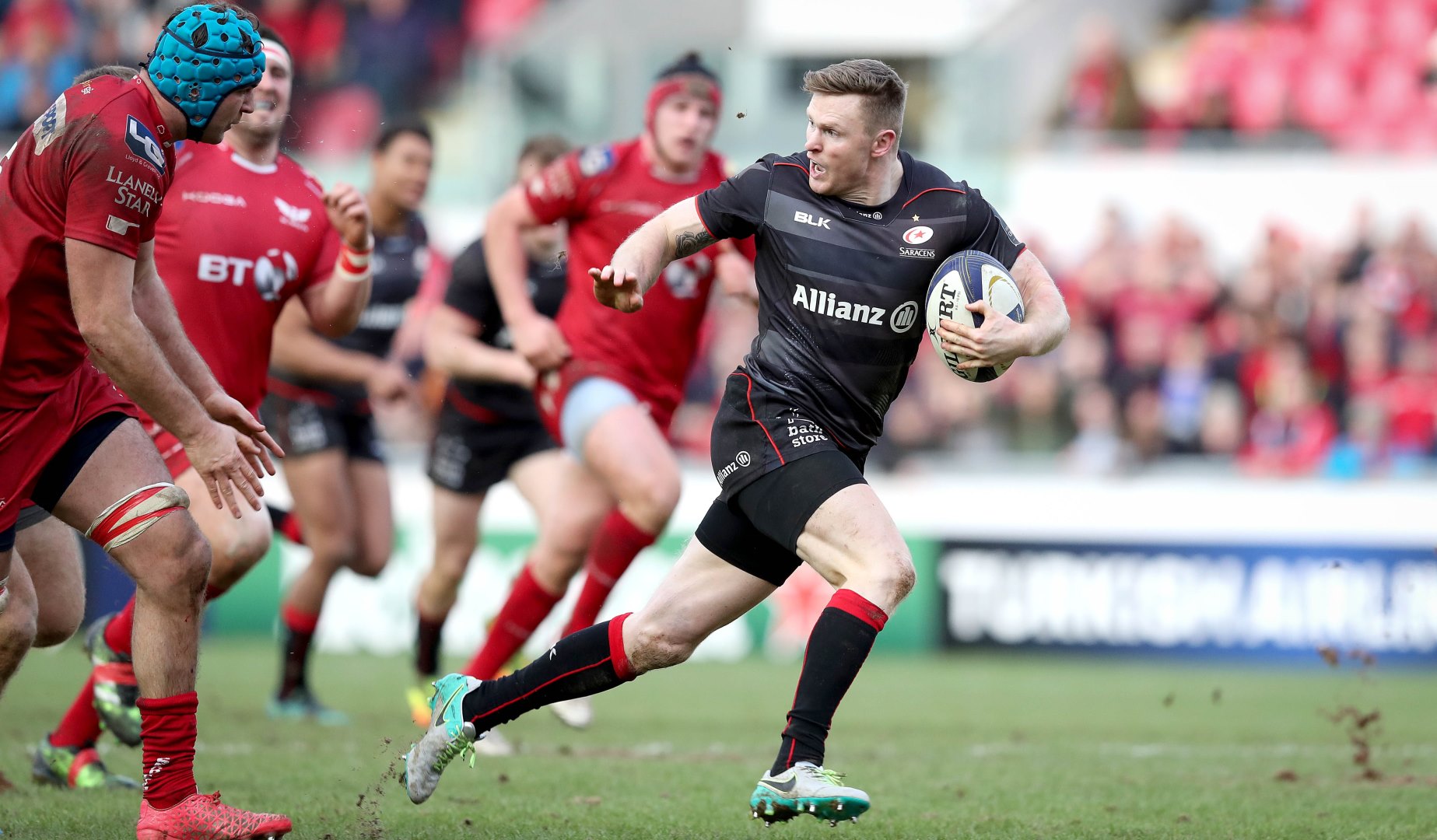 Chris Ashton’s second-half double, including a score deep into time added on, completed a remarkable Saracens fightback at Parc y Scarlets in the Champions Cup.

The England winger was at his predatory best for the reigning champions of England and Europe as they stretched their unbeaten record in Europe to 14 games and counting.

British & Irish Lions Head Coach Warren Gatland had plenty of individuals to keep his eye on in what turned about to be a European classic in West Wales.

The man of the match award went to Wales centre Scott Williams who impressed throughout for the Scarlets.

The No 12 grabbed his side’s only try of the game shortly after the interval when he cut a perfect line to go under the posts untouched from close range.

In all the centre beat three defenders and made two clean breaks with 39m metres made from eight carries.
Coupled with Dan Jones’ fine kicking from the tee and the Welsh region looked to have secured victory at 22-15.

But not for nothing are Sarries the champions of Europe and they produced yet another stirring comeback despite being down to 14-men.

2013 Lion Owen Farrell – restored to fly-half after being rested last week – was inspirational as captain for the day.

He made two clean breaks for Mark McCall’s men in the closing moments and the second released Ashton for the pivotal score.

Farrell then kept his composure to slot the extras and level up proceedings.

With Farrell back in at No 10, Alex Lozowski stepped into the full-back jersey and filled it with consummate ease.

The former Wasps made 146m with ball in hand, beat three defenders and made three clean breaks.

It was the second of those that set up Ashton’s first try, the finisher supreme on the shoulder for the score as he finished with 68m with ball in hand.

But it was not only in the backs that players caught the eye on Sunday, Sarries No 8 Jackson Wray getting through a mountain of work with 15 carries and 15 tackles.

In the Scarlets back row Aaron Shingler made 14 tackles while John Barclay managed 13 but their fine defensive effort fell agonisingly short as they had to settle for a share of the spoils in the end.