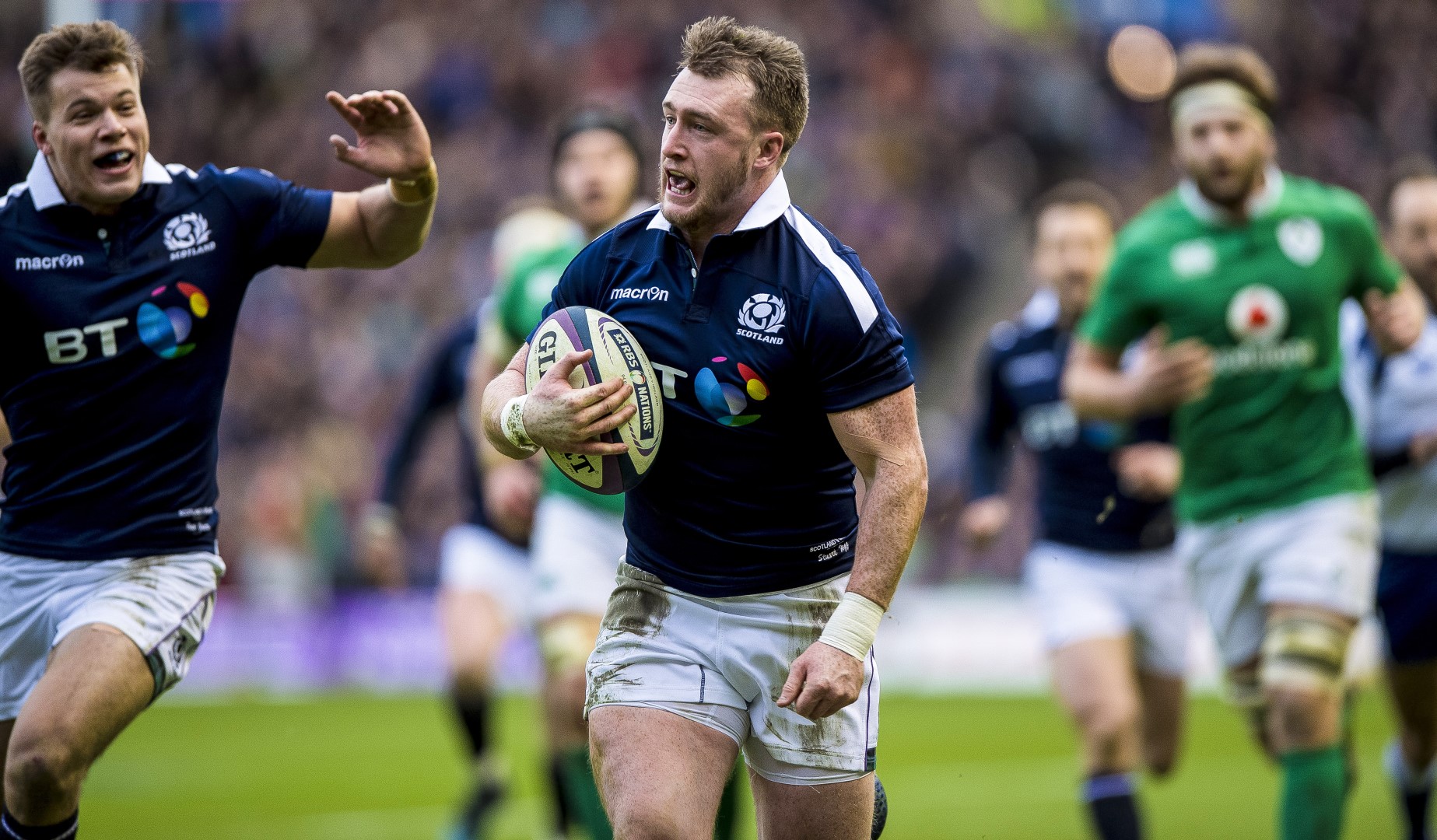 The 2017 RBS 6 Nations kicked off in dramatic style in Edinburgh as the Scots stormed into a half-time lead thanks to full-back and 2013 Lion Hogg’s double and a score from Alex Dunbar.

But Ireland – who had a first-half try from Keith Earls – came roaring back in the second half and when Iain Henderson and Paddy Jackson both went over they had a one-point lead with ten minutes remaining.

But Laidlaw showed serious bottle to slot two penalties, the second with the last kick of the game, to seal Scotland’s first win over Ireland in five attempts and their first victory on the opening weekend of the Championship in a decade.

The Scotsman – while still only 24 – is now Scotland’s record try scorer in the RBS 6 Nations and his two scores showcased his sleight of hand and speed of foot.

The Glasgow Warrior made 103m with ball in hand, beat three defenders and made two clean breaks.

But it was his overall game that also stood out, he coped admirably under Ireland’s aerial bombardment and his booming right boot cleared their lines time after time.

The last line of defence

For all of Scotland’s fireworks in the first half, it was their defensive effort that got them over the line against Joe Schmidt’s Ireland.

There were heroic efforts all over the field but Jonny Gray made an eye-popping 28 tackles for the home side as wave after wave of Irish attack was held at bay.


In the back row Hamish Watson made 16 in the first half alone before being replaced by the impressive John Barclay who secured two massive turnovers to lift the Irish siege.

In all Scotland had 11 players in double figures for tackles while 2013 Lion Sean Maitland also made a couple of huge interventions with an interception and a fine tackle on Rob Kearney with the tryline begging.

The battle at lineout and scrum time made for intriguing viewing all afternoon, the Irish scrum dominated proceedings in the early stages with Tadhg Furlong catching the eye.

So dominant were Ireland that Cotter had to call on the experience of 2009 Lion Ross Ford before half an hour had been played.

But the Scotland veteran shored up the scrum and allowed Scotland to regain a foothold in the contest.

In the lineout the Gray brothers and Wilson disrupted Ireland ball throughout the first half and on their own ball they showed real invention – with Dunbar’s score coming from a perfectly pre-planned move.

But despite trailing 21-8 at the interval, Ireland showed superb battle to come back into the clash and looked like they had won it going into the final minutes.

That impressive fightback owed much to their trio of back-rowers – two of whom are Test Lions from 2013 – that carried tirelessly for the men in green.

CJ Stander made 24 carries, Jamie Heaslip was just behind him on 22 for 60m while Sean O’Brien had 14 carries for 38m with four defenders beaten and two clean breaks.

Iain Henderson’s impressive close-range score trimmed Ireland’s lead to six points and then it was Jackson who took control.

Stepping in for the injured Sexton, Jackson showed great poise to control proceedings for much of the
second period and scampered over for a try on the same ground where he made his debut four years ago.

But that was not enough in the end as skipper Laidlaw held his nerve to seal a famous victory that gives Gatland much to ponder.