Classic Match: The 1955 Lions edge a thriller in South Africa

After the Second World War, the Lions had re-established the touring tradition in 1950 with a trip to take on the All Blacks in New Zealand. [more] 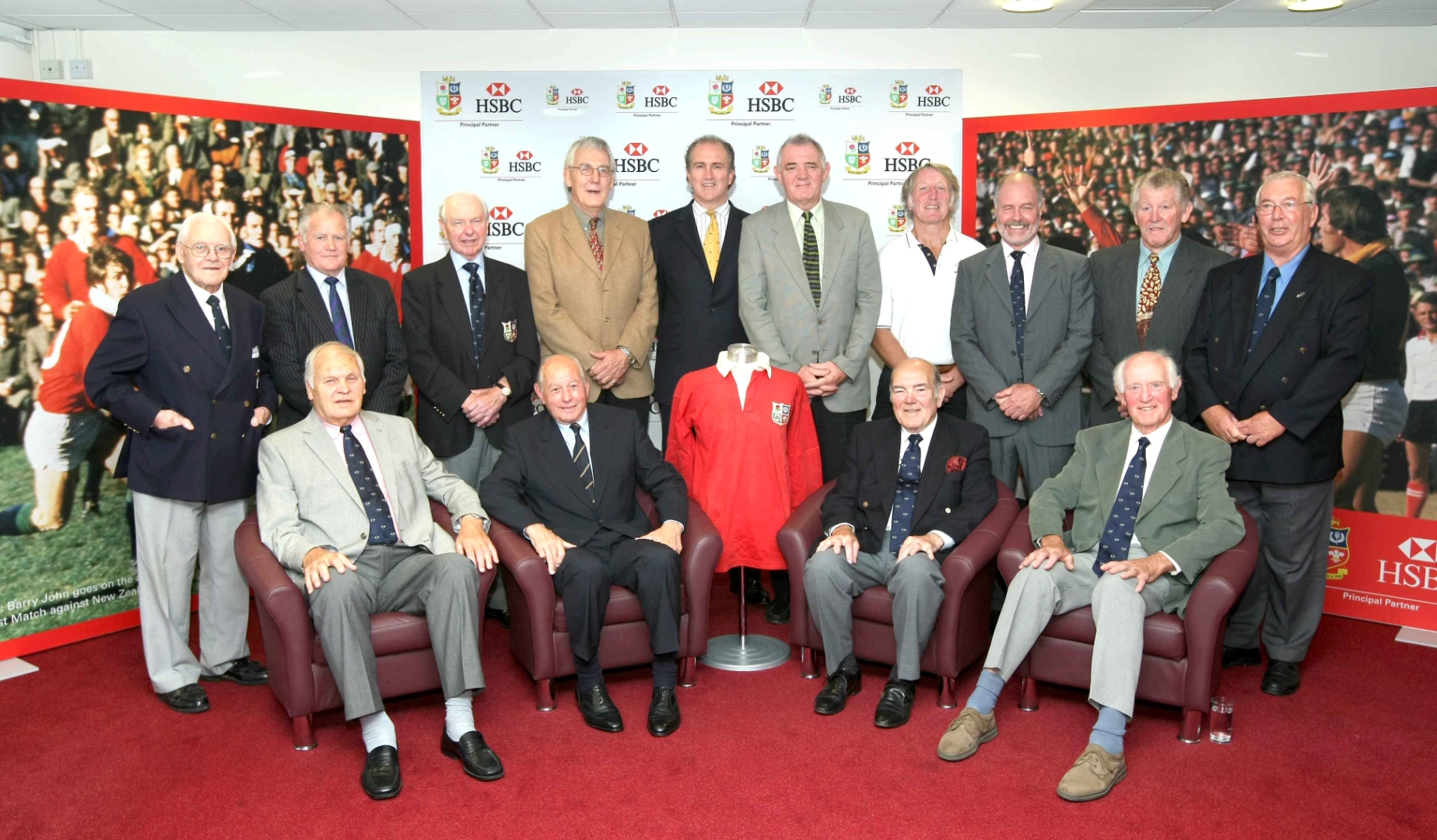 After the Second World War, the Lions had re-established the touring tradition in 1950 with a trip to take on the All Blacks in New Zealand.

That series put the famous red jersey back on the map but it was five years later in 1955 that they really reached the heights.

The Test series against the previously invincible Boks was drawn 2-2 but the game of the Tour was undoubtedly the first Test at Ellis Park.

Watched by as many as 100,000 – with a certain Nelson Mandela in the crowd – what the Lions served up has gone down in folklore as one of the greatest games ever. Or, in the words of Lions historian Clem Thomas: 'the match of that generation'.

Captained and managed by the Northern Irish pair of Robin Thompson and Jack Siggins, the 1955 Lions captured the imagination with their attacking rugby.

The creative fulcrum of the side were their half-backs, the uncapped Englishman Dickie Jeeps and the effervescent Welshman Cliff Morgan at fly-half.

Out wide Tony O’Reilly was the chief beneficiary, the 19-year-old finishing with 16 tries on Tour while the English duo of Jeff Butterfield and Phil Davies controlled the midfield.

Tony O'Reilly starred on the wing

Up front an all-Welsh front row of Billy Williams, Bryn Meredith and Courtenay Meredith laid the platform for the likes of Thompson, Rhys Williams and Scottish legend Jim Greenwood to shine.

The Springbok legend Danie Craven knew what makes a good rugby team, and he called the 1955 side ‘one of the best ever to visit the Republic.’

From the moment they landed in Johannesburg and Morgan – the self-appointed choirmaster on Tour – led the team in a sing song the Lions were welcomed into South African hearts and minds.

But the Tour itself did not start in the finest fashion, the Lions lost their Tour opener against Western Transvaal and were then given a 20-0 hiding by Eastern Province.

The narrow 9-6 victory by Western Transvaal owed much to the boot of South African full-back Jackie van der Schyff – indeed it earned him a recall to the Springbok side for the first Test.

And Van der Schyff would go on to play a pivotal role in a first Test that chopped and changed throughout. There were nine tries scored and the lead changed hand four times.

Piped out on August 6, 1955 by Scotland lock Ernie Michie – a midweek dirt-tracker who was in full highland regalia – the Lions started the brightest.

Ireland winger Cecil Pedlow went over in the corner to open up a 3-0 lead – tries were still only worth three points back then.

But the Boks came roaring back as debutant wing Theunis Briers went over, fed by skipper Stephen Fry and Van der Schyff converted as well as adding two penalties.

But the Lions came back when Butterfield picked a hard line off Morgan to crash over and this time Scotland full-back Angus Cameron converted and the Boks only led 11-8 at the break.

Playing at altitude against a side that had not lost a Test series at home since 1896, the Lions chances looked to have taken a fatal blow early in the second half.

Flanker Reg Higgins went off injured and, with replacements not allowed in those days, the tourists faced an uphill battle with 14 men.

But rather than retreat into their shell, the Lions found another gear and Morgan was the tormentor in chief.

First the fly-half danced his way over for a fantastic solo score and then two of his kicks created chaos in the Springbok back field allowing Greenwood and O’Reilly to both go over in quick succession.

Cameron converted all three scores and the Lions looked well placed with a 23-11 lead.

But tiredness with 14 men was always going to be a factor and as the Lions faded, the Springboks grew in stature.

And with the clock having ticked past the 80-minute mark it looked like the Boks had broken Lions hearts as Briers darted over for his second.

The winger could have got closer to the posts – as he admitted afterwards – but with the metronomic full-back behind him it should not have mattered.

However, then Van der Schyff erred – he never played for the Boks again – and the Lions could celebrate a famous Test victory.

Vivian Jenkins in the Sunday Times wrote : “Van der Schyff, the automaton, the robot, the kicker fantastic, who earlier in the game had put over two penalty goals and two conversions from all angled like a mathematician going about his work with a set square…. the Gods were on the Lions side and the ball hooked, by a surely trembling foot, went sailing far away to the left of the uprights and the spoils were ours."

At the post match dinner Lions skipper Robin Thompson said : “To win a rugby international is fine, but to beat the Springboks is really something.”

A Tom van Vollenhoven hat-trick led a Springbok backlash in the second Test as the Lions slumped to a 25-9 defeat.

But in the third Test the Lions went back to basics and showed plenty of guts and grit to grind out a 9-6 win and guarantee the series would at least be drawn.

However the Boks – who had not lost a home series since 1896 – refused to lie down and a 22-8 victory in the fourth and final Test meant the series was drawn 2-2.

After winning the opening Test that might have been a disappointment for the Lions but they were the first tourists since the 19th century – excluding the trips to Argentina – and the last until the 1971 legends in New Zealand to gain multiple victories over the southern hemisphere big three.