LionsWatch: Who could become a tighthead prop idol for the Lions?

With the RBS 6 Nations up and running, LionsWatch is running the rule over the different positions up for grabs on the British & Irish Lions Tour to New Zealand. [more] 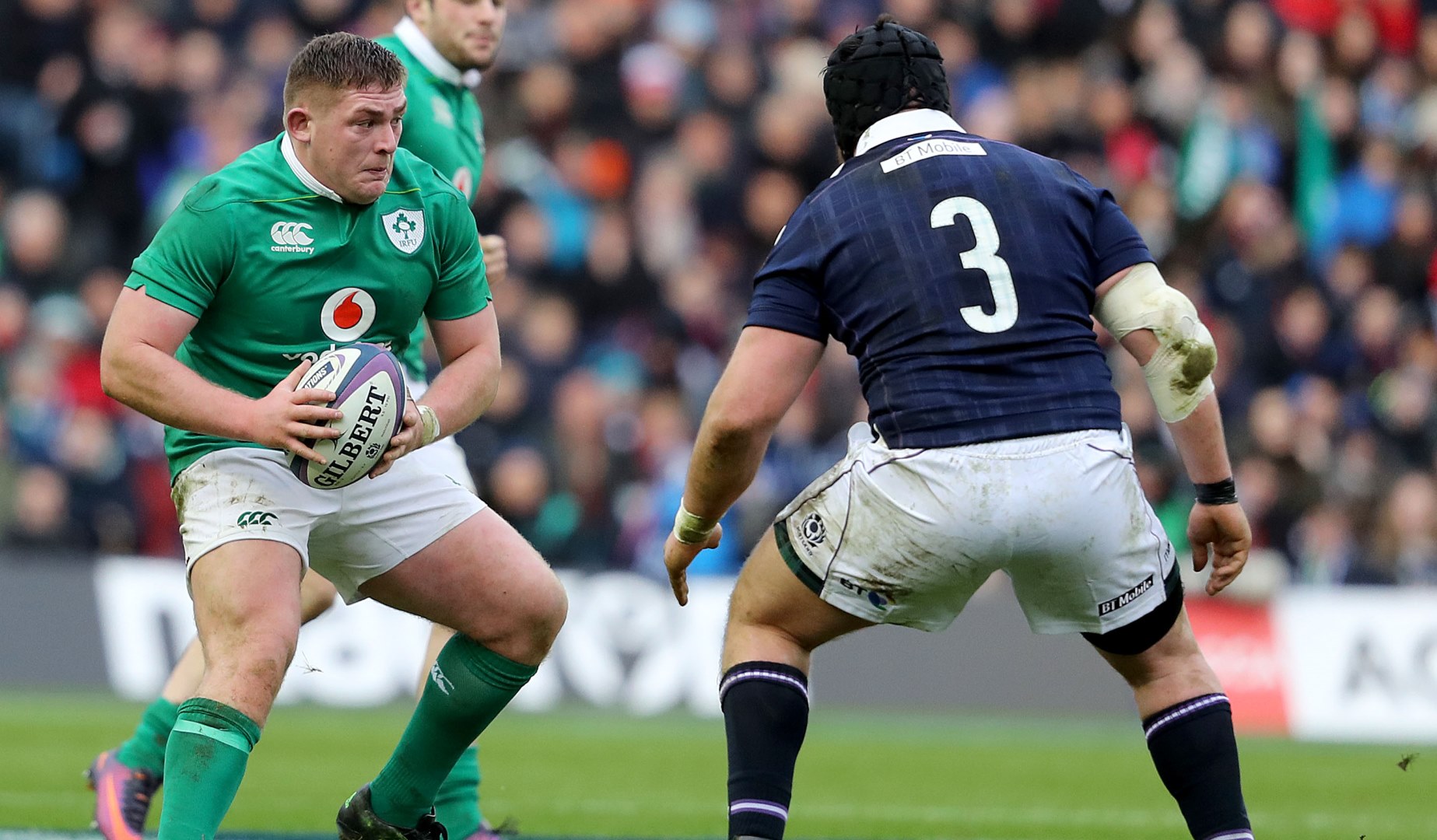 With the RBS 6 Nations up and running, LionsWatch is running the rule over the different positions up for grabs on the British & Irish Lions Tour to New Zealand.

Head Coach Warren Gatland will announce his squad on April 19 so this 2017 Championship is a huge shop window for players to state their case.

Having examined the wingers after Round One, now we turn attention to the pivotal position of tighthead prop.

The cornerstone of the scrum, tightheads are worth their weight in gold and the four home nations have a number of stand-out candidates.

Two tighthead props on the opening weekend played the full 80 minutes for their country – underlining their importance to their respective countries.

Zander Fagerson and Dan Cole are polar opposites when it comes to international experience but the duo are absolutely pivotal for Scotland and England respectively.

Fagerson at the age of 21 is the youngest player in the Scotland squad and the game with Ireland was his first ever RBS 6 Nations start.

But in only five caps, and with WP Nel missing with a neck injury, he has cemented the No 3 shirt for the in-form Scots.

And his work rate on Saturday against Ireland was little short of phenomenal – he led the charts amongst tighthead props for tackles with 17.

On top of that Fagerson still found time for eight carries as Scotland edged a topsy-turvy clash with Ireland 27-22.

However, a prop’s bread and butter is the scrum and Scotland were in trouble at the set-piece in the first half as Fagerson conceded two penalties.

The Irish front row got a nudge on and Vern Cotter and Fagerson will know they need to improve this weekend against France.

Dan Cole is already a British & Irish Lion, he appeared in all three Tests against the Wallabies back in 2013.

And in his 70th cap for his country against France last weekend the England man once again proved he is nigh on irreplaceable.

He made nine tackles with one miss and one carry for five metres – more than he managed in the entire autumn as he continued to take on the dirty work for Jones’ side.

He did concede two penalties over the 80 minutes but the battle with France’s front row finished largely even at scrum time.

He will start again this weekend against Wales and if he goes well, England usually do too.

Tadhg Furlong was starting his first RBS 6 Nations game on Saturday against Scotland but in a short time he has already become something of a household name.

While tighthead props are usual renowned for their scrum work and little else, the Wexford-born Ireland prop proved last autumn he can do so much more.

His ball carrying on Saturday in Edinburgh was a vital outlet for Joe Schmidt’s side as they battered the Scotland line in their comeback attempt in the second half.

Throw in his nine tackles, with one miss, and his four passes – a deceptively high number for a prop – and Furlong’s loose play is something to behold.

But the tight is where a prop earns his corn and Furlong proved his skills there as – despite there only being six scrums in the entire 80 minutes against Scotland – he milked two penalties from the Scotland front row.

He came off in the 69th minute to be replaced by Munster’s John Ryan and in the final ten minutes the replacement managed four tackles and a carry.

Rob Howley admitted this week that it had been decided before the Championship began that Welsh duo Samson Lee and Tomas Francis would get 80 minutes each over the opening two rounds of the RBS 6 Nations.

Lee got the start for the first round in Italy and managed four carries and five tackles but struggled at scrum time with two penalties conceded.

Francis – who will start this weekend against England – shored up the scrum in the second half and, with his Exeter Chiefs experience in the Premiership, will hope to show his worth against the Red Rose this weekend.

England’s Kyle Sinckler and Scotland’s Simon Berghan were unused replacements last weekend for their countries in tight matches for both sides.

Both are at the start of their international careers but expect them to make an impact as the Championship progresses.

Gatland has made it clear that his ‘finishers’ who come off the bench this summer against the All Blacks will be absolutely pivotal.

And with four more rounds of action to come, there are sure to be plenty of twists to come in the battle for tickets on the plane to New Zealand.