After Ireland's opening round defeat at Murrayfield, Joe Schmidt has made two changes for their visit to Rome to take on an Azzurri side that competed with Wales for large parts of their Round One encounter. [more] 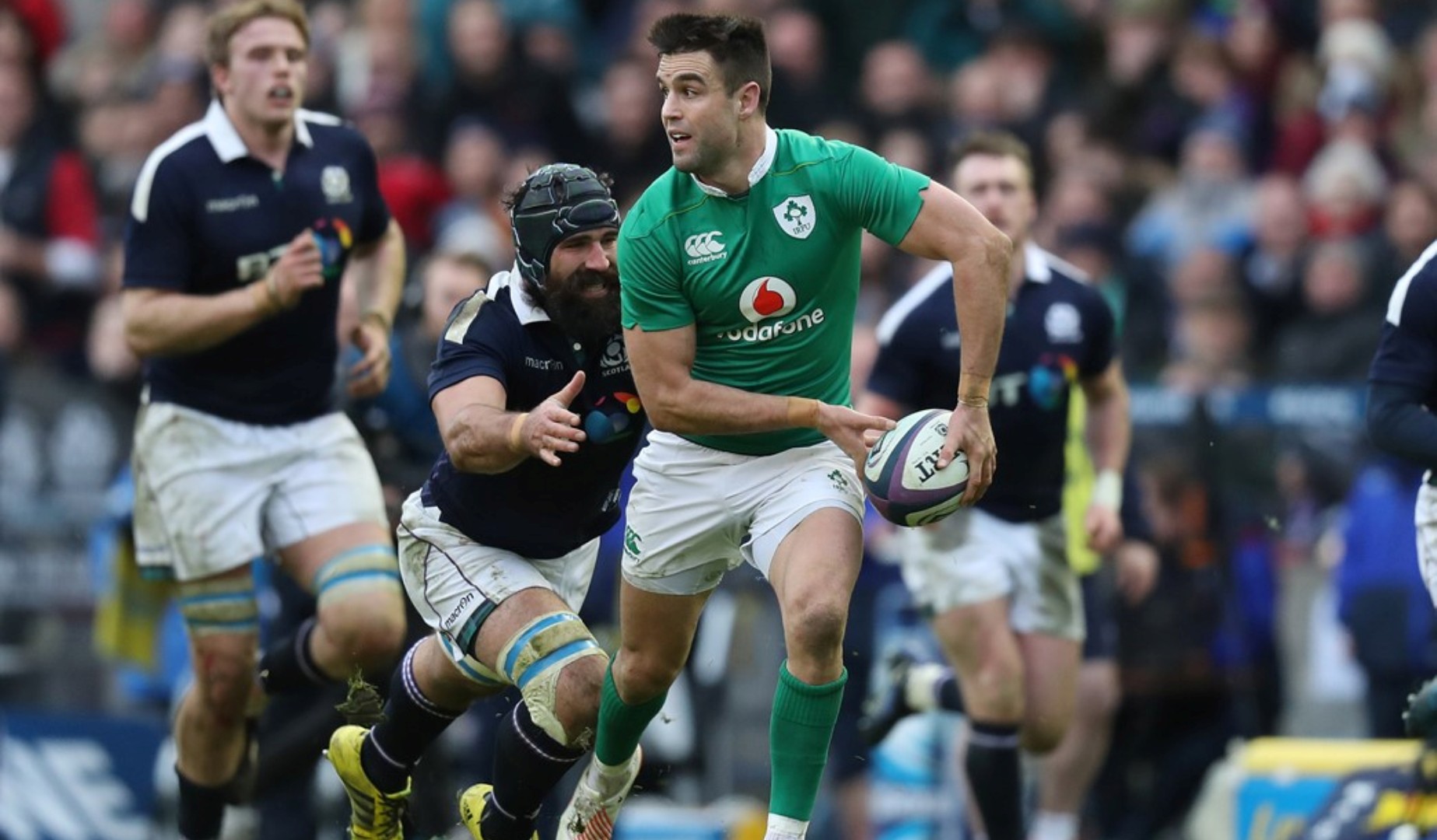 After Ireland’s opening round defeat at Murrayfield, Joe Schmidt has made two changes for their visit to Rome to take on an Azzurri side that competed with Wales for large parts of their Round One encounter.

Captain Rory Best, who will undergo a late fitness test, will be hoping to galvanise his troops after a slow start in Edinburgh ultimately cost them, losing 27-22 in the end.

Ireland will expect a stern test of character in Rome with a new-look Italy side seemingly posing more threat with ball in hand under the stewardship of Conor O’Shea and Mike Catt.

Ireland Head Coach Schmidt has made two changes to the starting XV in Edinburgh. Donnacha Ryan comes into the second row to replace Iain Henderson, who has a tight hamstring. While loose-head prop Cian Healy, who toured with the Lions in 2013, replaces Jack McGrath.

Schmidt will be hoping that Ryan’s expertise in the lineout will rectify some of the set-piece difficulties the Irish faced in Scotland in Round One of the RBS 6 Nations.

Best, a member of the victorious British and Irish Lions side in 2013, is a doubt to start after missing their final training session before the game with a stomach bug.

Andrew Trimble’s continued trouble with a groin strain means he remains ineligible for selection, Keith Earls and Simon Zebo keep their places on the wing while Craig Gilroy replaces Ulster teammate Tommy Bowe on the bench.

Lions Sean O’Brien and Jamie Heaslip start in the back row alongside CJ Stander and will relish the prospect of taking on Italian talisman Sergio Parisse.

O’Shea has made four changes to the side that went down to Wales, three of them upfront. Simone Favaro, Dries Van Schalwyk and Leonardo Ghiraldini replace Abraham Steyn, George Biagi and Ornel Gega in the pack while Angelo Esposito starts on the wing in place of Giulio Bisegni.

Ireland have lost just once to Italy in 16 RBS 6 Nations encounters and, if they are to improve on their record, British and Irish Lion Conor Murray will be pivotal to their cause.

The in-form Munster scrum-half will do battle with Edoardo Gori, both of whom will be wanting to wrestle control of the match from the other.

Gori, who will win his 58th cap on Saturday in Rome, has been one of Italy’s stand-out performers since his debut in 2010 and was instrumental in his nation’s only victory over the Irish in 2013.

Murray’s cool head and eye for a gap will test the Azzurri’s breakdown defence and could be invaluable weapons to the men in green on Saturday in Rome.

An incredible eight British and Irish Lions line up for the Irish side to take on Italy, seven of whom were part of the 2013 series win over Australia. O’Brien has fought his way back into the side after a lengthy injury lay off which forced him to miss the thrilling victory over the All Blacks in the autumn.

The Leinster openside teams up once again with No 8 Heaslip who wins his 93rd international cap.

The Irish back-line does not lack for British and Irish Lions experience. Outside Murray, the back three of Rob Kearney, Earls and Zebo will provide a potent counter-attacking weapon to pounce on any wayward Italian exits.

WHAT THEY HAVE BEEN SAYING

"It was probably something we had planned to do anyway," said the Ireland coach.

"One plays 50 [minutes] and one 30 and vice verse. They both get 80 minutes over the first two weekends."

Schmidt added that the inclusion of Donnacha Ryan will likely help their set-piece after the opening round loss.

He said: "Donnacha is a pretty good line-out operator. He is a real technician in that area and he's got a good work-rate. Those two things we feel we are going to need this weekend.”

And Schmidt explained that Bowe needs a little more game time to get back up to speed, with Gilroy having earned his recall.

He said: "He (Bowe) just didn't quite get into the game so hopefully will get a bit of time for Ulster which better prepares him for the challenges that lie ahead.

"Craig Gilroy toured South Africa with us and has been working incredibly hard so we are keen to give him an opportunity."