Your Club Your Lions: Marlow RUFC

Nestled alongside the River Thames around 30 miles west of London is the home of two former British & Irish Lions - one of whom is also a World Cup winner. [more] 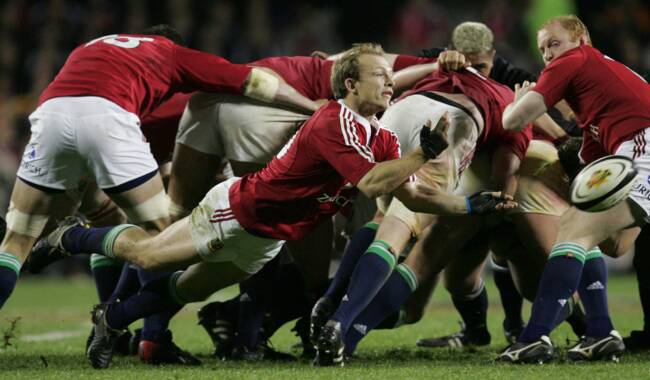 Nestled alongside the River Thames around 30 miles west of London is the home of two former British & Irish Lions – one of whom is also a World Cup winner.

Matt Dawson visited South Africa, Australia and New Zealand across three Tours between 1997 and 2005, while Scottish prop Paul Burnell was on the 1993 Tour to face the All Blacks.

And while president of the club, Gwyn Stone, is proud of the part his club played in the development of these two particular Lions, he knows Marlow’s core goes much deeper than a pair of alumni.

Stone moved from South Wales to the Marlow area and got involved when his son starting playing the game, and has since been chairman for a decade and is in the fifth year of his presidency.

“It’s one of the most special locations in the country and the culture and ethos in the club struck me when I first joined, how warmly I was welcomed,” he explained.

“The ethos is something we feel is very important and we’ve worked very hard to make sure the new players who join us get the benefit of that history and culture we enjoyed.

“It’s very much about the entire rugby experience, the rugby life is not just when they are juniors but a life in rugby which is what they are interested in.

“We work very hard not just with talent and potential but what they want to do in their lives. It’s how we can development their potential and have rugby as an important part of their lives.”

The club, which now has four senior teams, was officially formed at the Chequers Hotel on the High Street in Marlow in 1947, although a Marlow XV had played against High Wycombe as early as 1913.

Affiliation to the Oxfordshire Rugby Union took place ahead of the 1947-48 season and in that first full season Marlow won 17 of the 24 games they played.

The clubs junior section was created in 1972 with floodlights introduced not long after, and a Marlow XV versus an International XV played to commemorate their completion.

Lions’ John Dawes, JPR Williams, Geoff Evans and John Taylor were just some of the names to grace the pitch on that night which saw Marlow beaten 26-8.

And when the Rugby World Cup was held in England in 1991, Marlow’s hosting skills were once again on full display as they welcomed the Romanian national side for a celebration dinner.

The World Cup ball was also brought to the club by Marlow juniors before it was eventually taken to Twickenham for the tournament opener between England and New Zealand.

In 1997 – the same year the Lions, with Dawson at scrum-half, beat South Africa 2-1 – the club celebrated their 50th anniversary with Will Carling and Burnell among others.

“In those days, the 1970s, international rugby players combined playing with a separate life, playing against the likes of those teams today would be very difficult,” added Stone.

“Our 50th anniversary was a tremendous event, I think that’s something that was great for the club something that you would find difficult to achieve today.

Dawson in action for the Lions in 2001, his second of three Tours

“I was involved in junior rugby when Paul and Matt came through and they’ve both come back for events since.

“They’ve both been to our mini rugby festival and presented awards for years and Paul’s brother Simon was first team captain for a number of years.

“It’s great for individual members and coaches to have that experience of working with them. A lot of people at the club worked with them through their early rugby development.

“For individuals who do that as volunteers it was very rewarding and they were delighted to play a small part in those prestigious players.”