England made it ten straight wins in the RBS 6 Nations and ran in six tries in all but they were pushed hard by Italy in a 36-15 win on Sunday. [more] 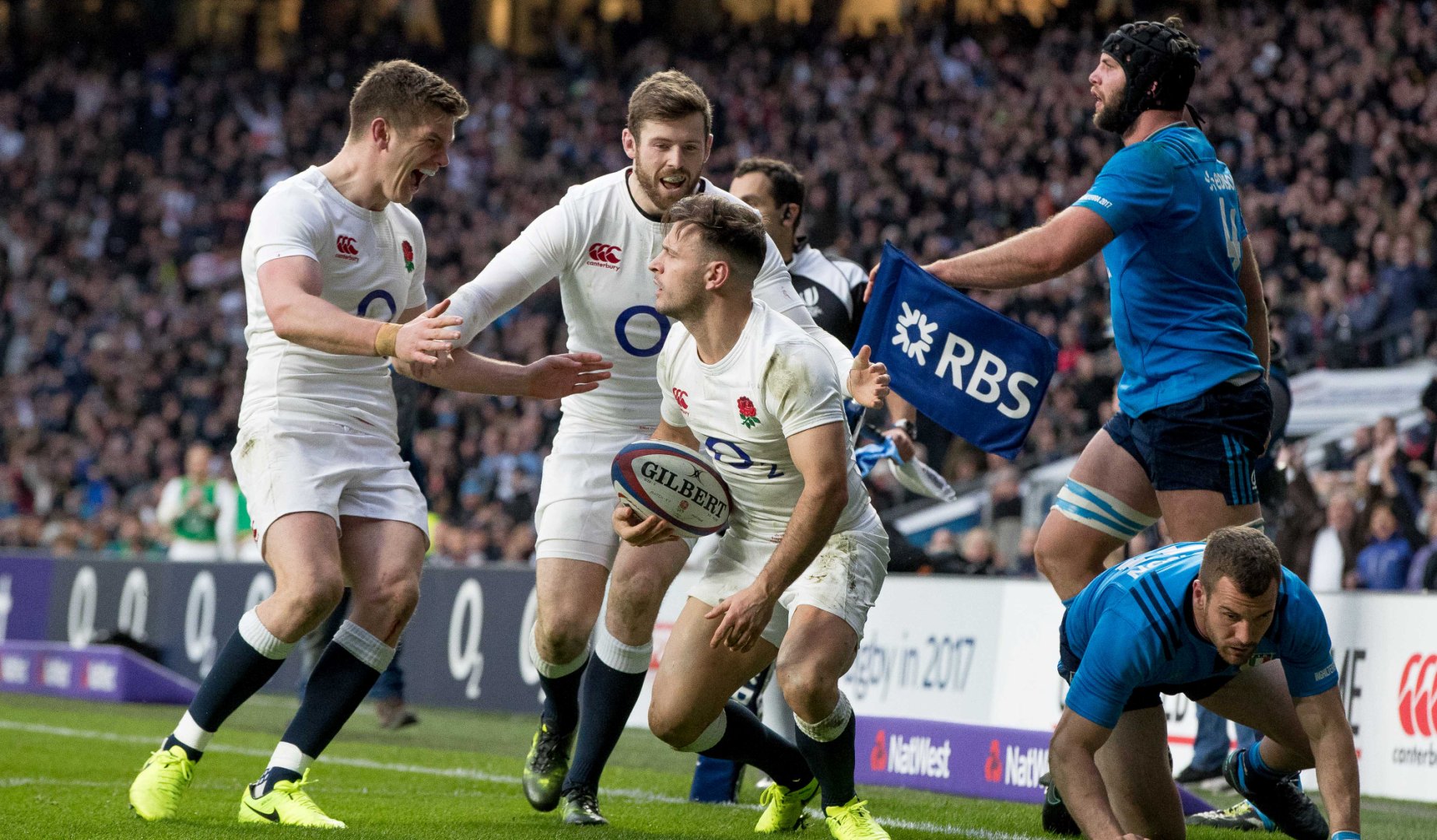 England made it ten straight wins in the RBS 6 Nations and ran in six tries in all but they were pushed hard by Italy in a 36-15 win on Sunday.

Having won two from two before this England will have been keen to lay down a marker back at Twickenham.

Eddie Jones had made four changes to his team, including a first Test start for Ben Te’o, with Jonny May, James Haskell and Danny Care also coming into the side.

Mako Vunipola was also back, in front of his 2013 British & Irish Lions Head Coach Warren Gatland, who will have been watching intently.

The first half was marked by some very clever tactics by Italy, who refused to commit players to rucks and so took out the offside line.

That meant every time Care went to pass to his backs, he would see an Italian player blocking his way as the home side struggled to impose themselves.

They were able to adjust at half-time however, and after Dan Cole’s first-half try, Care, Elliot Daly, Jack Nowell, twice, and Te’o all crossed.

While England were frustrated for much of the first half, their biggest success came when they went direct and after kicking to the corner they were able to rumble over from a maul on 24 minutes.

The try-scorer was none other than tighthead prop Dan Cole, a Lion in 2013, who scored his fourth international try in his 74th Test.

Still, the story of the first half was Italy’s tactics, reminiscent of the Chiefs in Super Rugby, and they were able to cause England huge problems.

Tommaso Allan was off-target with two penalty attempts although he did score a lovely drop goal to get Italy back to within two.

And it was from a missed kick just before half-time that Italy took the lead. Allan’s effort came back off the post and it was Giovanbattista Venditti who reacted quickest to crash over. Allan added the simple conversion to make it 10-5 at the break.

Jones’ team talk clearly had an effect as England came flying out of the blocks in the second half. First it was Care who showed his quick thinking to get them level.

Having been awarded a penalty ten metres out he tapped and went, slipping the tackle of Marco Fuser to dive over.

Farrell, on his 50th England appearance, was off-target with the conversion on a difficult day for the kickers.

But two minutes later he was on-target when Daly finished a brilliant flowing move from England.

The Wasps winger had been one of England’s standout players throughout, regularly causing Italy problems when he was given space.

That gave England a 17-10 lead and they looked to be clear however Italy hit back on the hour with a fine individual try from Michele Campagnaro.

Edoardo Padovani missed the conversion and England took a slender two-point lead into the final quarter before cutting loose.

First it was Nowell who finished out wide on the right after George Ford’s wide pass and then scoring delivery from Jamie George.

Next up it was Te’o, on his first Test start, who powered over in similar position, with Farrell on target with his conversion from out wide.

And Nowell popped up again in the final minutes of the game, wriggling through a couple of tackles to dot down near the posts, with Farrell adding a third conversion of the afternoon.

England's second-half revival was based in large part on their decision to run at the heart of the defence, with second-row duo Joe Launchbury and Courtney Lawes both key to the tactic.

For the second straight game Launchbury was named man of the match for his efforts, as he ruled at the restarts, played his part with ball in hand with 11 carries.

Lawes was equally tireless as he proved a constant menace when Italy tried to use their maul, while he also finished as England's top tackler with 13 in all.