The window to audition for Warren Gatland's British & Irish Lions touring party is getting smaller by the second. [more] 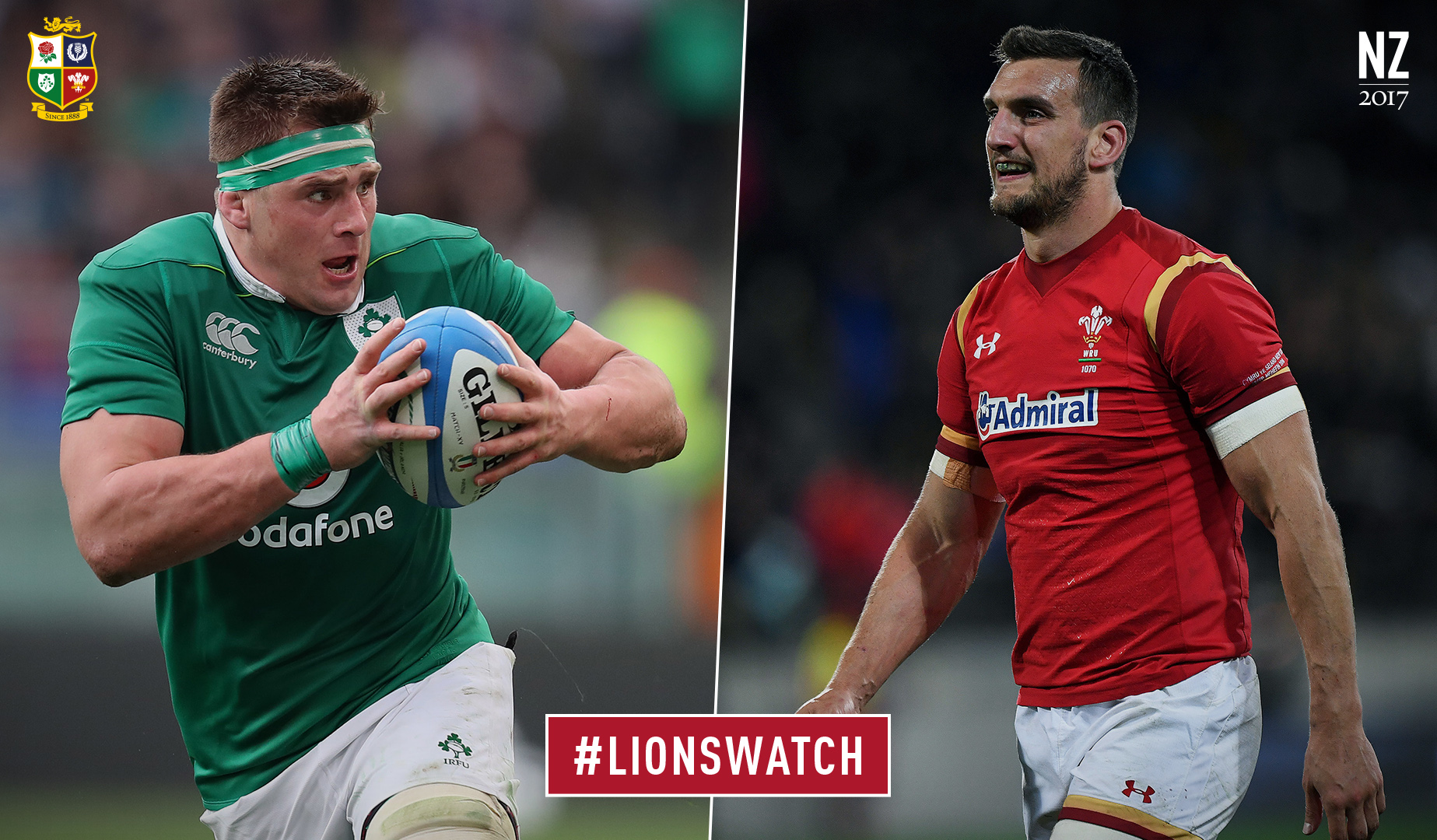 The window to audition for Warren Gatland’s British & Irish Lions touring party is getting smaller by the second.

But this Friday night sees Wales welcome Ireland to Cardiff for what is sure to be a compelling match-up for a whole host of reasons.

Both sides are still in with a shot of winning the title but for Wales, it is a very slim one.

Ireland meanwhile know that victory in the Welsh capital could well set up a Championship decider against England in Dublin.

And with Gatland set to announce his Lions squad on April 19, there are riveting games within games to play out on Friday night.

Rob Howley has kept faith with the same matchday 23 that slipped to defeat to Scotland last time out.

That means Leigh Halfpenny and Liam Williams stay at full-back and wing respectively and Dan Biggar holds off the challenge of Sam Davies to keep the No.10 shirt.

In the forwards Ross Moriarty stays at No.8 with Justin Tipuric and Sam Warburton on the flanks.

Jake Ball stays in the second row meaning that the experience of Jamie Roberts, Taulupe Faletau and Luke Charteris will all be used off the bench in Cardiff.

Ireland have also opted to stay the same, their starting XV is unchanged from the one that took down France last time out thanks to Conor Murray and Jonathan Sexton’s masterclass.

That means Jack McGrath holds off the challenge of Cian Healy at loosehead and Garry Ringrose is preferred to the returning Jared Payne at outside centre.

The one change to their matchday 23 sees Tommy Bowe – hero in Cardiff in 2009 when Ireland won the Grand Slam – called onto the bench in place of the injured Andrew Trimble.

LionsWatch begins its analysis of the individual match-ups in the back row.

All six players in the back row will be hoping to get on Tour to New Zealand – Justin Tipuric and Sean O’Brien are leading contenders for the No.7 jersey and Ross Moriarty and Jamie Heaslip are on a collision course at No.8.

On the eve of Wales v @IrishRugby we hear from the players as they discuss their favourite memories of past encounters #WALvIRE pic.twitter.com/Cjb9KMMS8N


But the blindside flanker is of real interest as Sam Warburton – skipper of the Lions in 2013 – takes on Ireland’s breakout star CJ Stander.

Warburton’s breakdown brilliance has been clear to see so far this Championship, the flanker has been a turnover machine alongside Justin Tipuric and he has not shirked his tackles.

Warburton also has proven to be a valuable outlet at line-out time to showcase his versatile skill-set across the back row for the Lions.

But in Stander he will face his toughest test yet – the South African-born flanker is a force of nature.

He already has three tries this Championship, has made more carries than any other player in any position and has beaten 12 defenders and counting.

His tireless work rate offers a different proposition to Warburton’s experience and Gatland will be interested to see who else comes out on top.

Rory Best and Ken Owens have compiled impressive Championships in the No.2 jersey for their respective countries but this will be a big chance for Welsh props to stake a claim.

Tadgh Furlong and McGrath have been catching the eye for a while but the likes of Rob Evans and Tomas Francis can come back into the conversation with strong showings this weekend.

Alun Wyn Jones and Devin Toner will also go head to head as Gatland looks for his Lions lighthouses in the second row.

There are Lions battles all over the back line also – Rhys Webb and Murray at scrum-half will both be keen to steal a march on their rival and the same applies for Sexton and Biggar outside them.

There is Lions experience all over the respective back threes with the likes of George North, Leigh Halfpenny, Rob Kearney and Simon Zebo in action.

But the outside centre battle is one of real interest as the experience of Jonathan Davies goes up against the fresh-faced bolter in Garry Ringrose.

Davies – a Test Lion in 2013 that downed the Wallabies – looks to be hitting his stride in this Championship.

But his defensive capabilities will be tested by the man who has been anointed as Brian O’Driscoll’s successor at outside centre, Ringrose.

The youngster is playing in his first Championship since his debut last autumn but a stunning try against Italy is part of his growing maturity. A strong showing on Friday could even catapult him into Gatland’s Lions thoughts.

A whopping 18 Lions in total are named in the matchday 23s of the two sides.

The Ireland backline alone has five in it, Kearney, Zebo, Sexton and Murray from 2013 and Keith Earls from 2009.

And they go up against familiar foes in Jonathan Davies, George North and Leigh Halfpenny.

In the pack Best, Heaslip and O’Brien take on Warburton, Tipuric and skipper Jones while each bench has two more Lions – Bowe and Healy for Ireland and Faletau and Roberts for Wales.

Ireland have a superb recent record in Cardiff – before their 2015 loss they had won on 11 of their previous 14 visits to the ground.

This year they have bounced back from defeat to Scotland in their opener to down Italy and France in impressive fashion and re-ignite their title ambitions.

Wales meanwhile are looking to make it two home wins in a row over Ireland for the first time since the 1980s and ensure they do not slip to consecutive home losses.

England beat them here in round two with a last-gasp Elliot Daly score and Rob Howley’s men will be desperate to restore their pride at Principality Stadium.

Sam Warburton Wales flanker and Lions skipper in 2013:
“We are very confident, if we were getting completely outplayed I would be a bit worried but when we look back, it has been individual errors that have let us down in certain games.

“I just hope we are a lot more disciplined than we were against Scotland and hopefully that will be enough to see us through.”

Robbie Henshaw, Ireland centre:
“Physicality-wise I think Wales are up there with the sheer size in their backs, probably one of the biggest backlines in the championship.

"So physicality-wise it is going to be a tricky test for us and a challenge but we’ve played these guys a lot of times and we know what they’re about.”