LionsWatch: North and Webb shine as Wales down Ireland

George North was at his clinical best to help Wales power past Ireland 22-9 in a thrilling RBS 6 Nations encounter in Cardiff. [more] 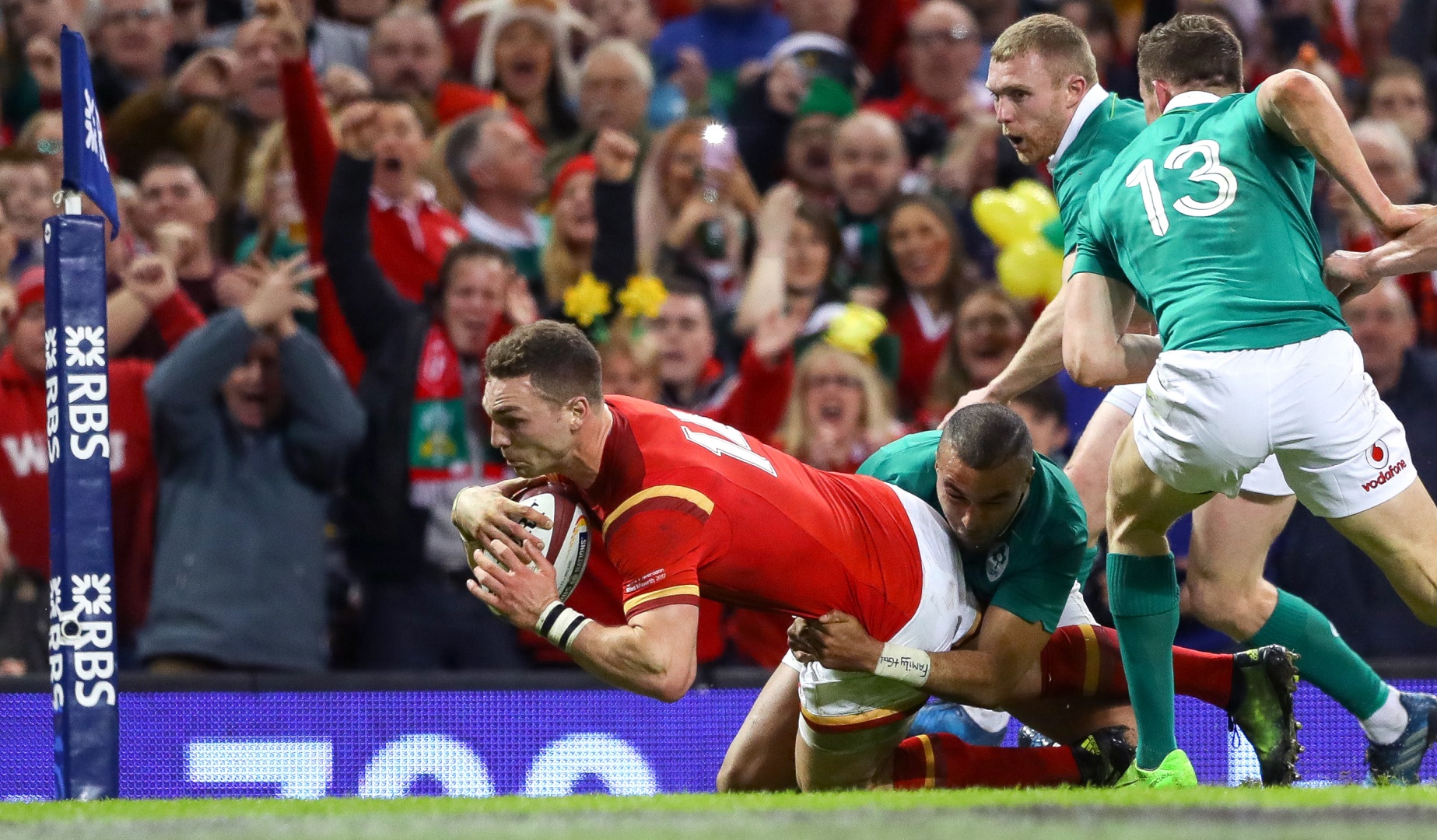 George North was at his clinical best to help Wales power past Ireland 22-9 in a thrilling RBS 6 Nations encounter in Cardiff.

The 2013 British & Irish Lion scored a try in each half, before another Lion, Jamie Roberts, delivered the final blow to end Irish hopes at Principality Stadium.

While Ireland made the quicker start, with Johnny Sexton slotting an early penalty, Wales fought back for a deserved victory.

They took the lead with a brilliant try straight off the training paddock. Off the top of a lineout Scott Williams was put straight through a gap by Rhys Webb, and then gave the ball back to Webb on his shoulder. The scrum-half found Leigh Halfpenny outside him and he fed North for the score.

After Halfpenny missed the conversion, Paddy Jackson – temporarily on for Sexton – put Ireland back in front with a penalty, but it was the home side who led at the break.

A clever cross-kick by Webb found Liam Williams in space out wide, the ball was then shifted inside to Davies, and while he could not score, Sexton was sin-binned for slowing the ball. Halfpenny’s penalty made it 8-6 to Wales at the break.

And North went over again early in the second half, making the most of the numerical advantage as he strolled over on the right after a maul. Halfpenny nailed the conversion from the touchline to make it 15-6.

Sexton returned and slotted a penalty to cut the deficit back to six points, and crucially a single score.

But instead it was Wales who had the final say through Roberts to dent Irish Championship hopes and end a two-match losing streak.

Wales have had a virtually flawless lineout during the Championship and that continued here as Ken Owens continued to hit his jumpers.

Just as crucial was Wales’ ability to challenge the Irish throws, with Alun-Wyn Jones and Luke Charteris both able to steal vital balls.

In such a tight game, those interventions can make all the difference and Warren Gatland will have been watching closely.

Having taken a nine-point lead early in the second half, Wales were forced to defend for large periods with their back row at the heart of the defensive effort.

One such passage ended in a Sexton penalty, but with less than 15 minutes remaining it was an Irish maul that ended with a Welsh penalty that was crucial.

After holding the visiting pack at bay, Robbie Henshaw was then penalised for joining the maul in front of the ball-carrier, and Rory Best saw his try disallowed.

While North will grab the headlines for his two tries, scrum-half Webb was a worthy man of the match.

His role in the first try was decisive, while he also produced the clever cross-kick that ended with Sexton’s sin-binning.

And he again delivered the final pass for North’s second try in a brilliant all-round display.