LionsWatch: Joseph and England turn their attentions to Dublin

England have won back to back RBS 6 Nations titles for the first time since 2001 but hat-trick hero Jonathan Joseph insists the focus is on the Grand Slam. [more] 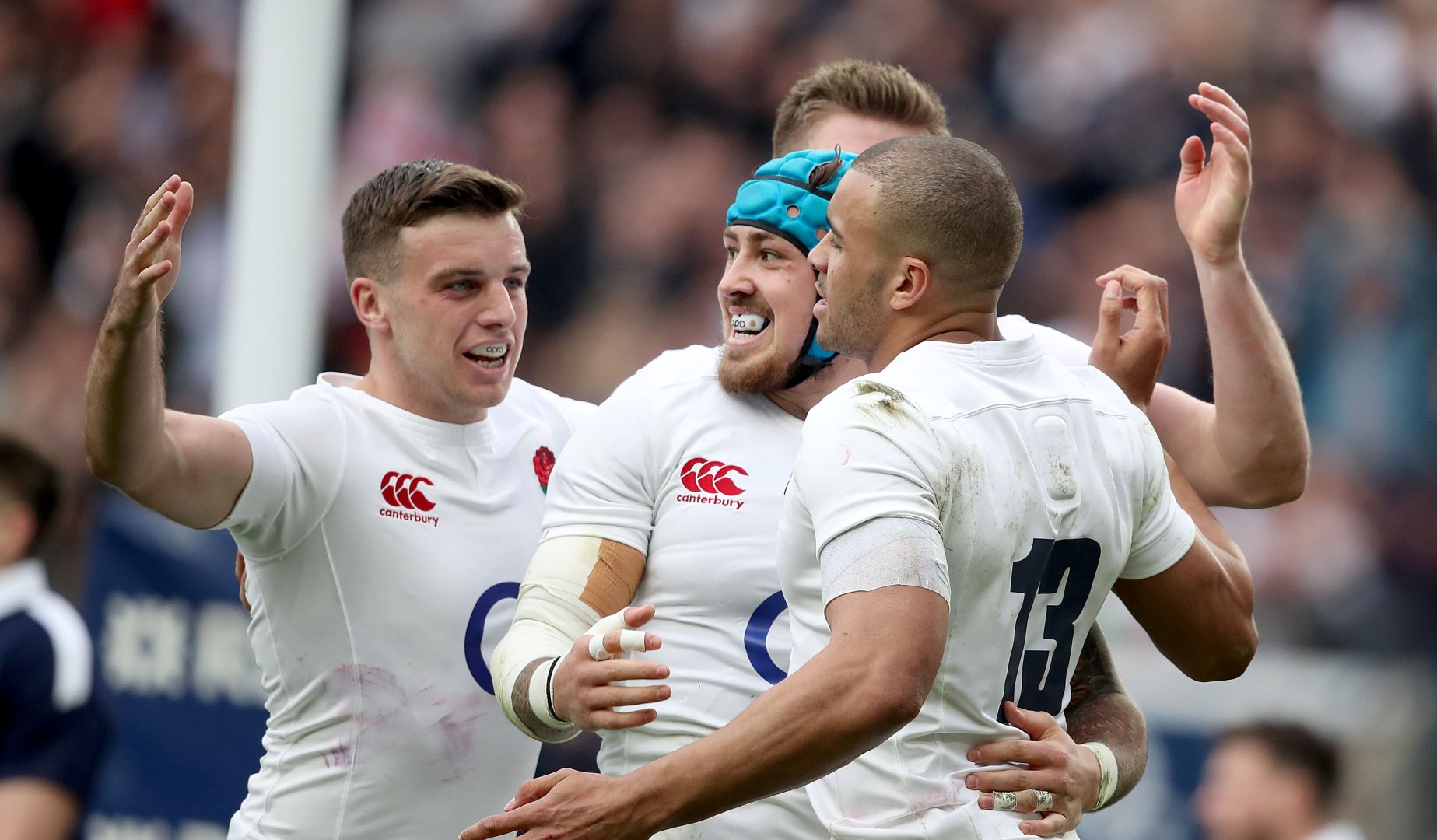 England have won back to back RBS 6 Nations titles for the first time since 2001 but hat-trick hero Jonathan Joseph insists the focus is on the Grand Slam.

England will become the first team to win consecutive Grand Slams since the Five Nations became Six if they can beat Ireland in Dublin next weekend.

There is also the small matter of a potential world record of 19 Test wins in a row on the line in Ireland – and spots on The British & Irish Lions touring party up for grabs.

And Joseph – who crossed for three tries in England’s record-breaking 61-21 win over Scotland on Saturday – insists his side are already looking to Dublin next week.

“It’s going to be a great challenge for us, we’re very excited. It’s something we can’t wait to go and do,” he said.

“The boys performed extremely well. We’ve had a great two weeks of preparation. The boys were very confident and we put on a great performance (against Scotland).

“It was more what we built up in the week. We focused on starting each session well. We saw that out there today. Our set-piece was unbelievable and what our backs could do off the back of that was good too.

CHAMPIONS ?
It's FT at Twickenham and England have beaten Scotland to win the 2017 RBS 6 Nations? pic.twitter.com/BElRBtBAf0


“Credit to the boys, I run the lines outside what they created and the holes were there for me.”

Meanwhile defeat for Scotland means their wait for a first Calcutta Cup win since 2008 goes on and a first win at Twickenham since 1983.

They shipped seven tries in all against England, but did cross for three of their own as Huw Jones bagged a double – despite the backline losing Stuart Hogg, Tommy Seymour and Mark Bennett to injury.

But that was next to no consolation for skipper John Barclay who cut a disappointed figure after the game.

“It wasn't what we were looking for. Discipline was very poor in the first half with some soft tries," he said.

“England are a very good side, you don't win (18) games in a row without being a world-class side and arguably the best team in the world. So fair play to England but we are very disappointed obviously.

“It is easy to look at the injuries as an excuse but we train for these scenarios and we believe we have quality guys throughout the squad. When we look at the review and it won't be good watching.

A disappointing afternoon for Scotland who go down to the @SixNationsRugby Champions @EnglandRugby at Twickenham #ENGVSCO #AsOne pic.twitter.com/XIitM3uoW5

“There has always been fight in the Scotland team, and we are trying move away from the tag of plucky losers.

“That wasn't even plucky that was useless today and that is not what we have tried to build to.

“We have one game left and have a chance to go three wins from five but if we play like that we have no chance.”