Jonathan Joseph crossed for a hat-trick of tries as England produced their best performance of the Championship so far to seal the title with a round to spare. [more] 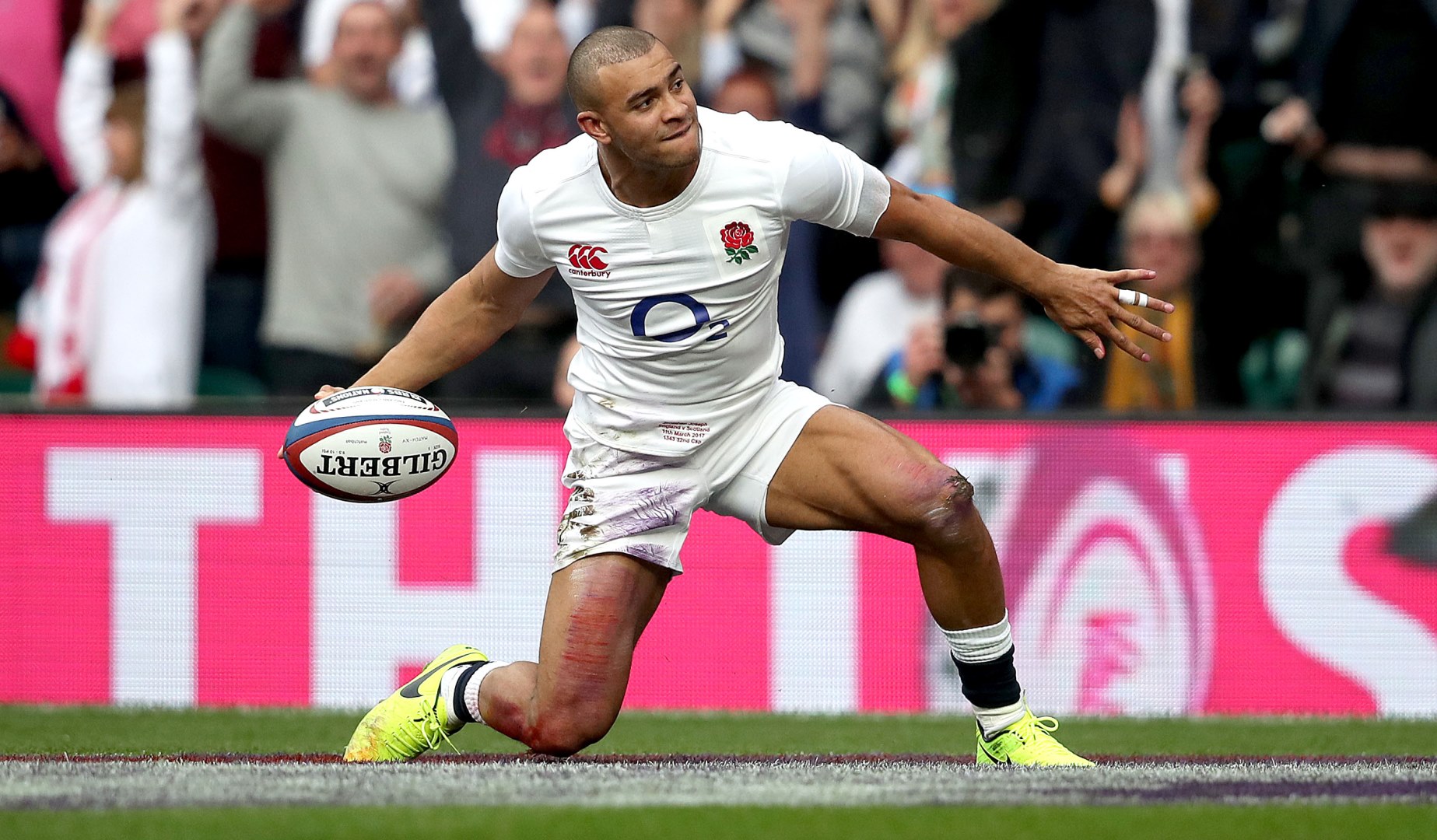 Jonathan Joseph crossed for a hat-trick of tries as England produced their best performance of the Championship so far to seal the title with a round to spare.

Under the watchful gaze of British & Irish Lions Head Coach Warren Gatland, Eddie Jones’s side made history in running seven tries past Scotland.

Joseph’s treble was supplemented by a double from Danny Care and further scores from Billy Vunipola – on his first game back from injury – and Anthony Watson.

Scotland crossed for three tries of their own in the 61-21 defeat but it was England’s day at Twickenham as they sealed back to back titles for the first time since 2000 and 2001.

Eddie Jones’ side will now head to Dublin next weekend to take on Ireland looking to become the first team to seal consecutive Grand Slams since the Five Nations became Six.

Add to that the fact that they have now equalled New Zealand’s world record for consecutive Test wins by a Tier One nation at 18 and confidence is clearly high in the Red Rose camp.

That can only be a good thing in a Lions year and Gatland will be naming his playing squad in just over a month’s time with a number of these England stars in mind.

Left out against Italy in the third round of games as Ben Te’o was given a start, Jonathan Joseph was back to his very best against Scotland.

His quick feet and clever running lines scorched the Twickenham turf on Saturday afternoon and Scotland were powerless to stop him.

Overall the centre – who was withdrawn before the hour mark with the damage already done – made 126m with ball in hand, beat five defenders and made four clean breaks.

The battle for centre spots on the plane to New Zealand later this year is very intense with a lot of competition but Joseph will not have done his cause any harm with this showing.

But while the Bath flyer’s numbers are certainly impressive, he himself admitted afterwards that he owed a lot of the credit to George Ford and Owen Farrell inside him who created the space for Joseph to shine.

Billy is back in town

There were welcome returns off the treatment table for Billy Vunipola and Anthony Watson as England’s strength in depth continues to impress.


The No.8 – who missed the first three games of the Championship with a  knee injury – crossed for a try from a rolling maul and also laid on one for Care in the second half.

Watson meanwhile was called into action early for the injured Elliot Daly and crossed for a try, made 57m and beat three defenders in an impressive display.

With Nathan Hughes putting in his best display of the Championship so far England’s back row depth is improving while Jonny May is also waiting in the wings for England.

There were a number of key performers for England, who had to make tackles throughout the game as Scotland kept coming.

Joe Launchbury continued his fine season with 15 tackles while Dylan Hartley and James Haskell were only one behind on 14 with Courtney Lawes on 11.

And despite being wracked with injuries, Scotland refused to buckle and emerged with real credit for the three tries they did manage.

Gordon Reid burrowed over in the first half but it was Huw Jones that really impressed for the Scots, showing a finisher’s instinct to dot down twice in the second half for Vern Cotter’s side.