Finn Russell returned from Scotland duty for Glasgow Warriors on Saturday evening and put in a fine individual showing in their bonus-point victory over Connacht. [more] 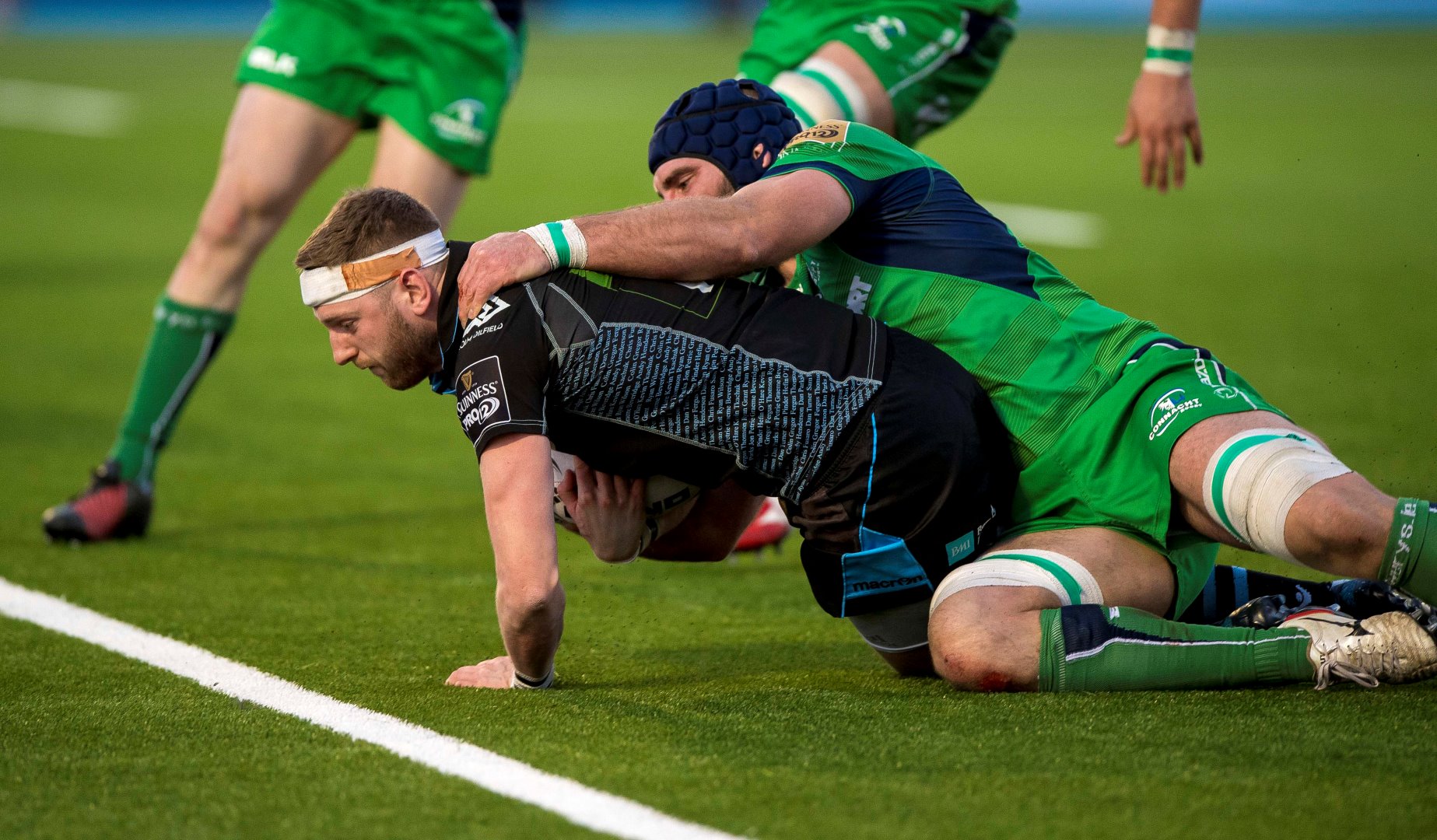 Finn Russell returned from Scotland duty for Glasgow Warriors on Saturday evening and put in a fine individual showing in their bonus-point victory over Connacht.

Players are running out of time to impress British & Irish Lions Head Coach Warren Gatland before he announces his squad on April 19.

But at Scotstoun, Russell and his half-back partner for club and country Ali Price caught the eye in an impressive come from behind victory.

They both scored tries while Corey Flynn and Sean Lamont also went over to seal victory over the defending Guinness PRO12 champions and keep their own top four hunt alive.

Russell finished the game with an individual haul of 17 points, 12 of them coming from the kicking tee.

But the fly-half – who started all five games of this year’s RBS 6 Nations at No 10 for Scotland – was equally impressive with ball in hand.

Competition for fly-half berths on Tour to New Zealand later this year is incredibly high with the likes of Jonathan Sexton, Owen Farrell and Dan Biggar also in contention.

But Russell did his cause no harm with a bullet pass to put Flynn over for Glasgow’s first try before then breaking the line and stepping over himself for their second. Russell also made seven tackles in a fine all-round display.

His half-back partner Price might be a bit further down the Lions pecking order for scrum-halves with the likes of Conor Murray and Rhys Webb impressing in the RBS 6 Nations.

But since coming in for the injured Greig Laidlaw, the youngster has caught the eye for country and now club with a man of the match showing that included a try, four defenders beaten and a try-saving tackle.

Stuart Hogg was earlier this week crowned the Player of the Championship for the 2017 RBS 6 Nations, the second year in a row he has scooped the award.

And while he was not at his effervescent best on Saturday evening, he still showed touches of class to remind Gatland of his qualities.

One delightful chip and chase in the first half set up Flynn’s opening try and in total he made 50m from six carries with one defender beaten while his booming right foot cleared the Warriors lines on more than one occasion.

The Warriors are still chasing a top four spot in the Guinness PRO12 – they currently sit ten points behind Ulster in fourth.

But they also have the huge incentive of next week’s European quarter-final clash with Saracens – the first in the club’s history.

They will head to Allianz Park full of confidence and a number of players can stake a final claim for selection for the upcoming Lions Tour.

Internationals likes hooker Fraser Brown and centre Alex Dunbar were brought off the bench in the second half of the win over Connacht, as was prop Gordon Reid.

Brown impressed with nine tackles and all three will look to further their cause next weekend at Allianz Park.

Meanwhile for Connacht Tiernan O’Halloran continued to catch the eye at full-back, the Ireland international made a whopping 25 carries for 154m, beat seven defenders for three clean breaks but failed to lift Connacht to an away victory.