Jamie George and Sean Maitland returned from international duty with aplomb as the Calcutta Cup rivals joined forces to inspire Saracens to a 53-10 English Premiership victory over Bath Rugby. [more] 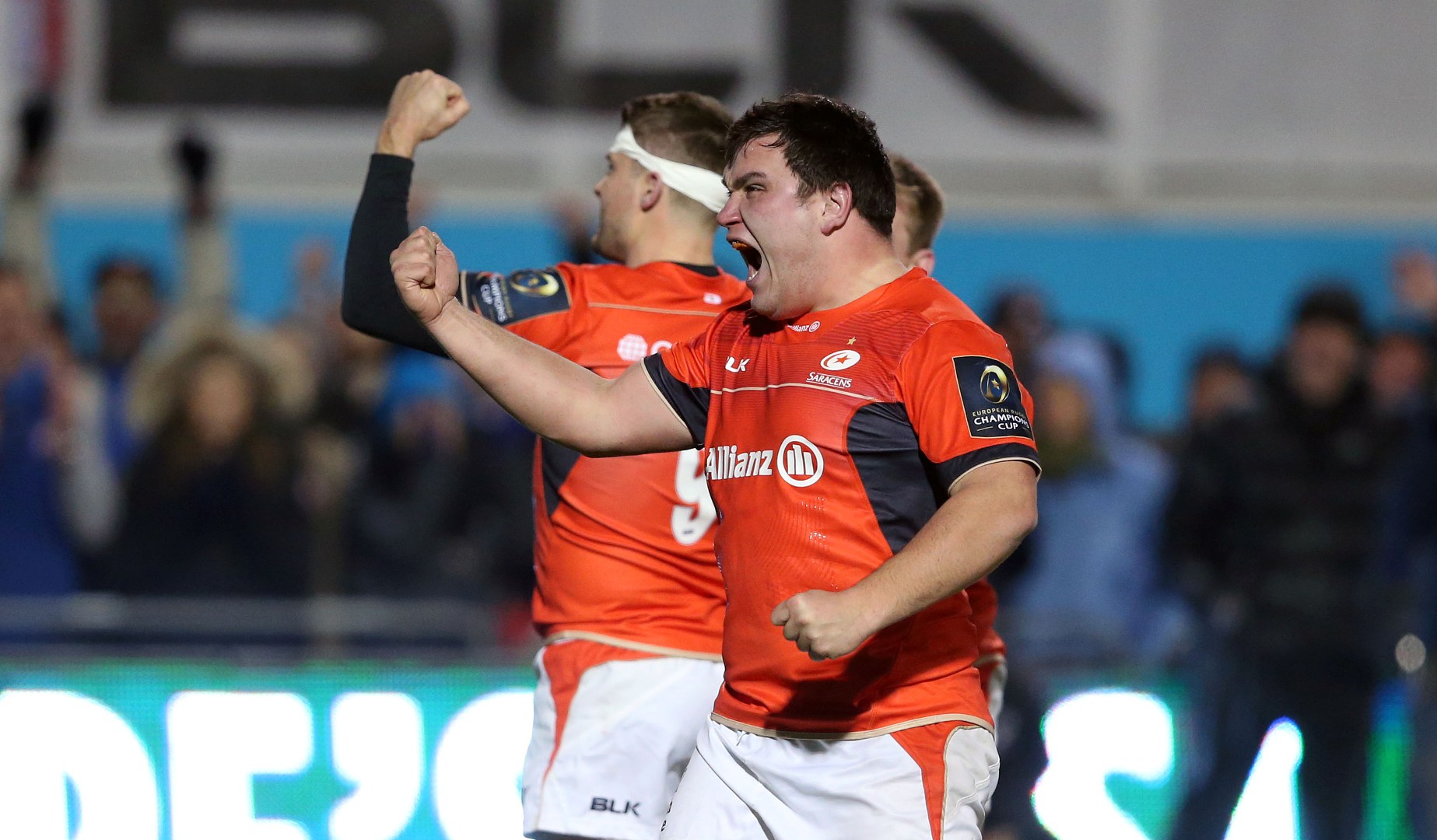 Jamie George and Sean Maitland returned from international duty with aplomb as the Calcutta Cup rivals joined forces to inspire Saracens to a 53-10 English Premiership victory over Bath Rugby.

The pair both scored first-half tries as the hosts picked up a bonus-point win at Allianz Park, while Owen Farrell also kicked 13 points and Billy Vunipola crossed late on.

Anthony Watson responded for Bath, and with less than a month until Warren Gatland selects his British & Irish Lions squad for the Tour to New Zealand, there’s hardly a better time to be showing form on the domestic stage.

George came off the bench in every single game of the England’s victorious 2017 RBS 6 Nations campaign, with his 17th in the final clash against Ireland setting the most for international appearances without a start.

But, without Dylan Hartley taking his place, the hooker wasted little time making his mark to cross for Saracens after just four minutes.

He gathered the ball from the base of the lineout to instigate a driving maul for his side, powering forward and over the try line for the opening score of the afternoon.

The extras were added by 2013 Lion Owen Farrell, making six successful kicks on a difficult afternoon with the wind playing havoc from the tee.

But, with a plethora of international talent on display in the first game since the Championships, Bath were not done there as some excellent jinking feet from Anthony Watson saw him dot down for the visitors’ first score.

It seemed as though it would be a two-point game at the break, but Sean Maitland helped Saracens move further ahead with some trademark wing play.

Maitland, who helped Scotland to their first three-win Six Nations since 2006, dinked over the top and dotted down just millimetres from the dead ball line, an excellent way to follow up his Murrayfield form.

He was just one of a number of Saracens returnees at the Allianz, with Maro Itoje making a team-best nine tackles as attack proved the best form of defence for the hosts.

Despite having three tries to their name by the break, Saracens were to show no signs of let-up in their bid for a third successive Premiership crown.

Chris Ashton became the sixth different scorer across the afternoon, with his trademark swan dive capping off an excellent team try as Richard Wigglesworth continued to be at the heart of an impressive team display.

He was to get a second in the afternoon, but not before Billy Vunipola got in the act.

Joining brother Mako in the starting line-up for the first time since helping England to back-to-back RBS 6 Nations titles, the No.8 marauded his way to the line from ten metres out – the perfect way to continue his domestic form.

Christian Wade became Wasps’ joint record try-scorer as his double helped the hosts to a thrilling 40-33 win over Worcester Warriors.

Opening his account in trademark style, Wade dodged his way through four tackles before switching on the after-burners for his 78th try in Wasps colours.

He was to go one better and match Kenny Logan’s record thanks to good work from Kurtley Beale, jinking through to dart over the line to level the game up at 19-19 at the end of the first half.

Wasps also welcomed back James Haskell to the fold, fresh from celebrating his ten-year anniversary as an England international.

News
Previous story LionsWatch: Russell calls the tune for Glasgow
Next story Lions Scout: Romano to the fore as Crusaders roll on