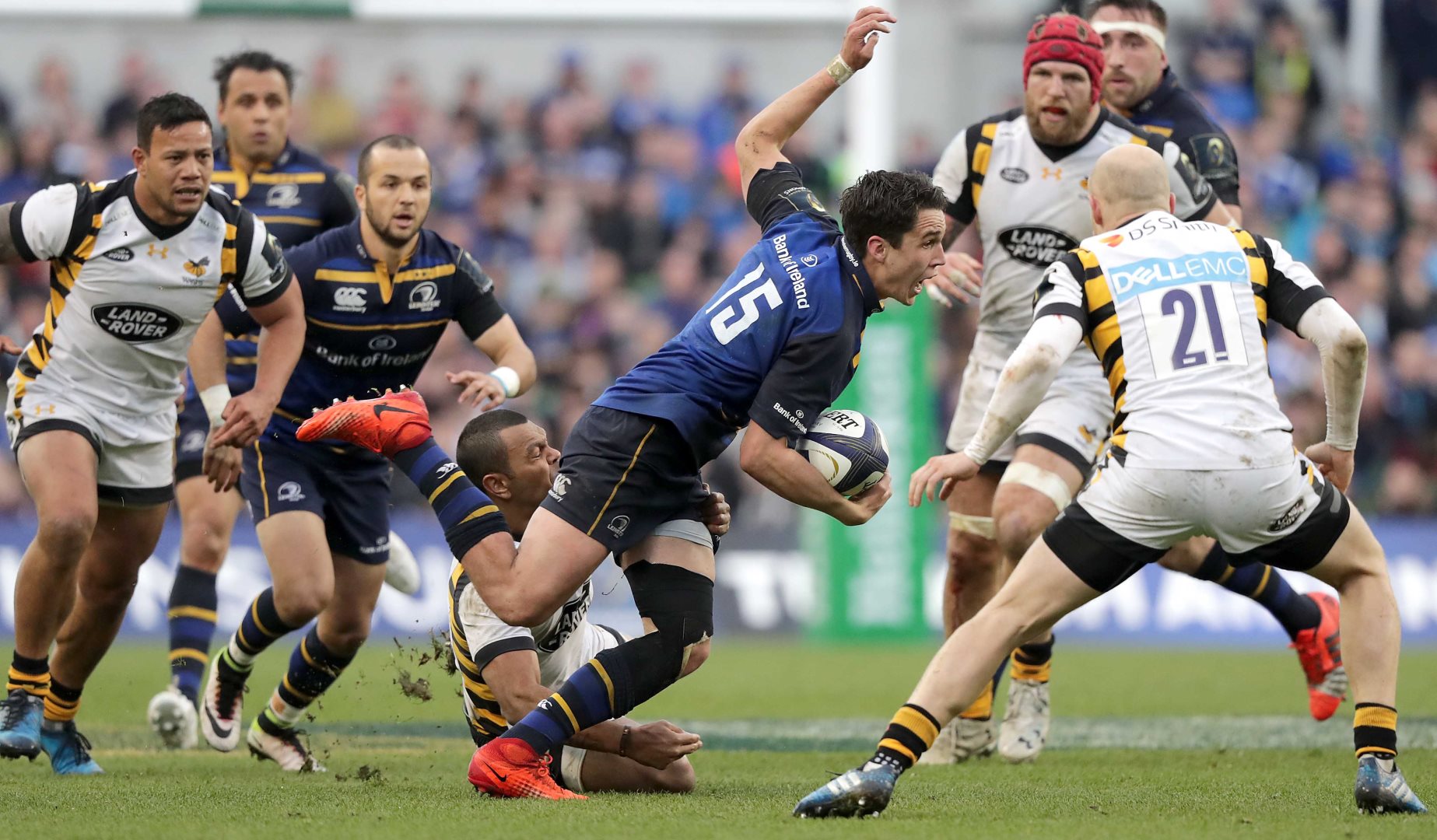 The versatile Irishman was sublime at full-back as Leinster knocked Wasps out of the European Champions Cup quarter-finals with a fine showing in the Aviva Stadium.

The Irish province are through to the semi-finals and with Gatland set to name his Lions squad on April 19 – a number of players pressed their claims.

Carbery moved to the No15 jersey for the boys in blue in the absence of Rob Kearney during the RBS 6 Nations.

And with the 2013 and 2009 Lion now injured, he continued to shine at the back with a man of the match display.

He made a whopping 200m from 25 carries, laid on the first half score for Jack Conan and in general showed fantastic quick feet to lead his side’ attack from deep.

It has been a remarkable rise for Carbery – who hadn’t played a game of European rugby before this season – but has now led his side to the semi-finals.


He is not afraid of the big occasion, he came off the bench to help Ireland finish off the All Blacks in Chicago in November on his international debut.

And with his ability to slot in across the backline, Gatland will certainly be considering the 21-year-old.

In what was a crunch head to head between Sean O’Brien and James Haskell to audition for the Lions, both produced impressive energetic displays.

But the bragging rights probably had to go to O’Brien who – after starting all five games for Ireland in the RBS 6 Nations – was back to his best in a blue jersey.

The openside flanker made 76m from 17 carries with three defenders beaten but equally in defence made ten tackles and forced two turnovers.

Haskell made 18 tackles for Wasps – a tally only bettered by hooker Tommy Taylor who managed 21 as Wasps had to front up in defence, particularly in the first half.

Robbie Henshaw and Garry Ringrose started all five games together in Ireland’s midfield during the RBS 6 Nations and they were at it again here for Leinster.

Overall Henshaw made 76m from 19 carries, constantly giving his side front foot ball while alongside him the elusive Ringrose made 71m and beat five defenders.

FULL TIME: It’s @LeinsterRugby’s 12th time in the knockout stage and this victory takes them one step closer to BT Murrayfield pic.twitter.com/XUCTwZOP24


With Jonathan Sexton also impressing in the No10 jersey, Gatland has much to consider from the Irishmen competing for Lions midfield berths.

He may have finished on the losing side but Wasps winger, and 2013 Lion, Christian Wade emerged with real credit on Saturday.

He scored a magic second-half try when he gathered the ball isolated on the right wing, sent through a clever grubber and turned on the afterburners to blast past the chasing defenders and touch down.

That was his 16th try of what has been a fantastic season for the winger and in defence he was also impressive, coping well under the high ball and constantly looking for work on both sides of the ball.