Anthony Watson boosted his British & Irish Lions hopes with less than a fortnight until the squad is announced with a late double against Leicester Tigers at Twickenham. [more] 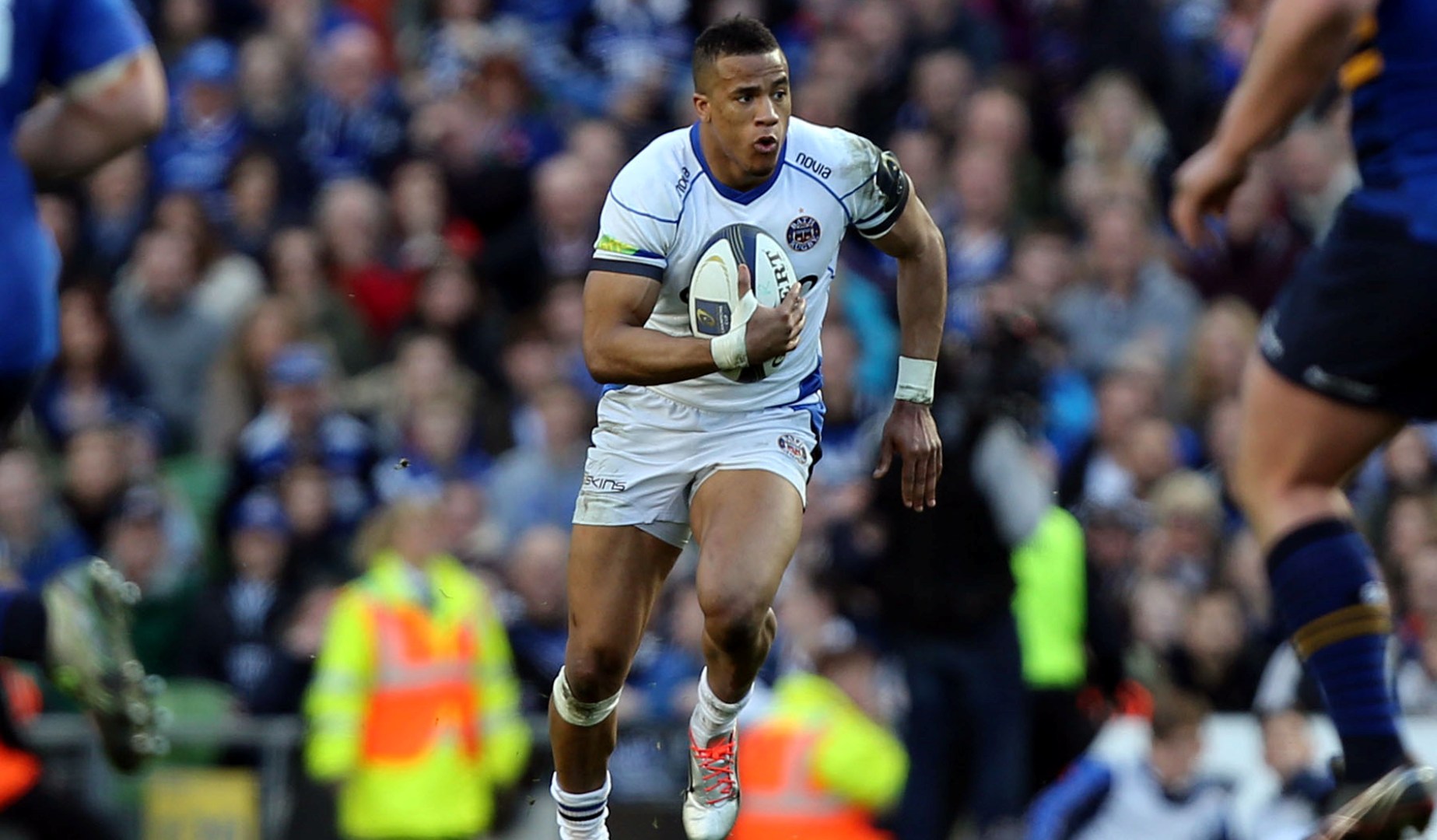 Anthony Watson boosted his British & Irish Lions hopes with less than a fortnight until the squad is announced with a late double against Leicester Tigers at Twickenham.

The England flyer, playing at full-back for Bath, crossed twice in the space of three minutes as Bath came from behind to beat Leicester 27-21 in the Aviva Premiership clash.

With 15 minutes to go it had looked as if Watson and co would end up on the losing side, but they turned the tide in the closing stages and now sit level with their opponents on the day with three games left in the season.

Ford on the money

George Ford didn’t feature last week as Bath made it to the last four of the European Challenge Cup but he returned and was back to his best in this one.

In his first game at Twickenham since England’s 61-21 win over Scotland, Ford was a menace with ball in hand regularly making breaks and half breaks.

It was his clever wide pass that put Jonathan Joseph over for the first Bath try, with Leicester leading 12-0 at that point, and he also finished with 12 points from the kicking tee.

As time ticks down to stake a claim, it was an impressive display on the big occasion.

Watson endured a frustrating RBS 6 Nations as he tried to get back up to full fitness during the Championship.

His only start came in defeat to Ireland, but back in the team, and starting at full-back rather than on the wing, he looked a real threat.

We thank god!! What a feeling that was…. @bathrugby https://t.co/bqW8REEGiF


Regularly making ground from high kicks, he showed his finishing skills to score Bath’s second try after a great Taulupe Faletau break, and did the same again when Matt Banahan produced a great no-look pass for what turned out to be the winning try.

Faletau was another who had to spend the RBS 6 Nations in the unfamiliar position of coming off the bench but if the last two weeks are anything to go by he is over the knee injury that had been slowing him.

Two tries against Brive last week were followed up with a brilliant carrying display in the Twickenham sunshine.

And never was his impact more apparent than for Watson’s first try when he spotted a gap, shrugged off two would-be tacklers and then found his full-back for the easy finish.

On this form he will hope he has done enough to be part of a second Lions squad, four years after starting the final Test in Australia.