Christian Wade clocked up a try on his 100th Aviva Premiership appearance as a plethora of Wasps players starred in their final fixture before Warren Gatland names his British & Irish Lions squad to Tour New Zealand. [more] 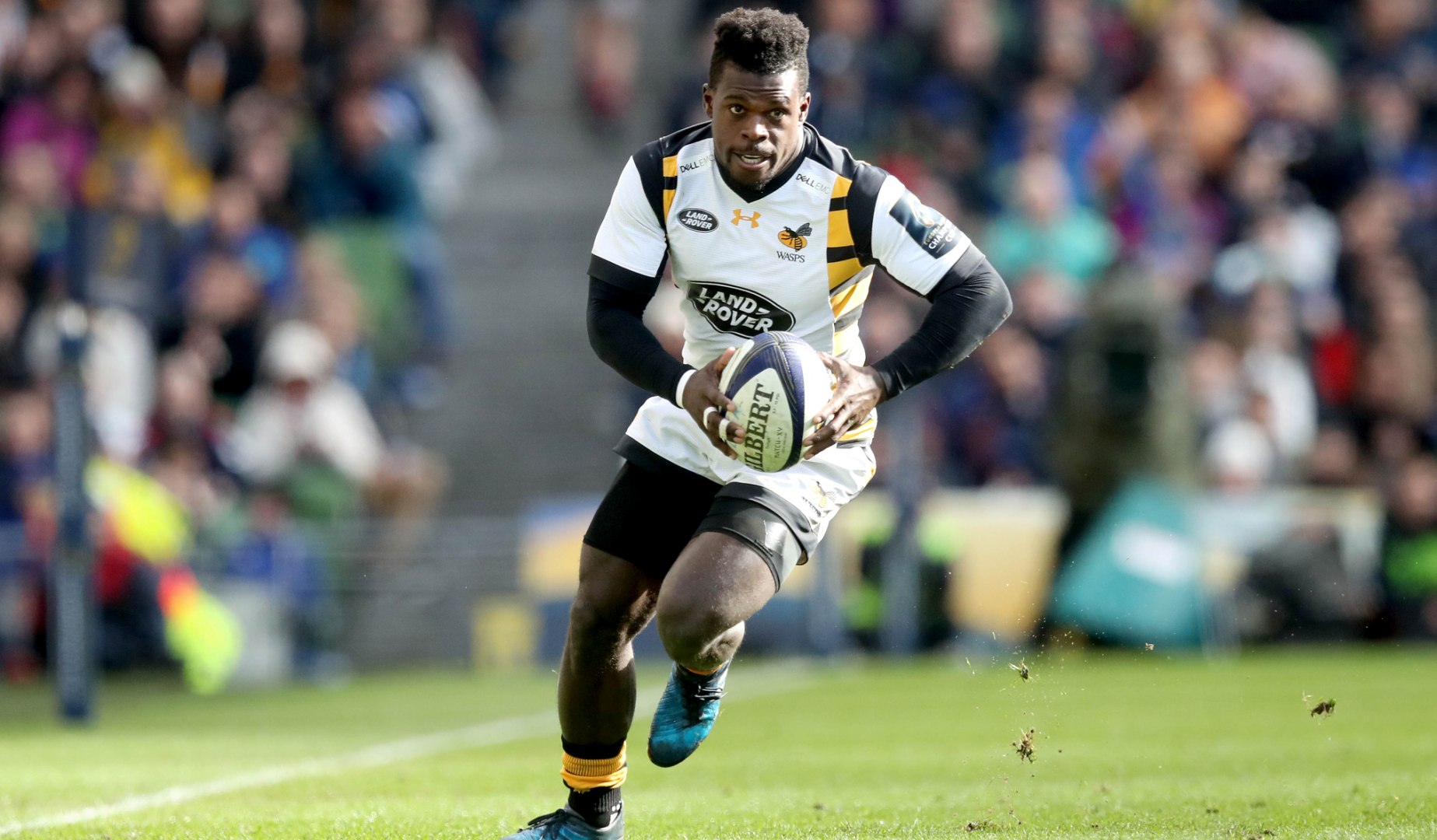 Christian Wade clocked up a try on his 100th Aviva Premiership appearance as a plethora of Wasps players starred in their final fixture before Warren Gatland names his British & Irish Lions squad to Tour New Zealand.

With the Head Coach picking his charges this Wednesday, April 19, a match with Bristol Rugby marked the last opportunity for Lions potentials to stake their claim.

And Wade, a Lion for the Tour to Australia in 2013, certainly made the most of his chance as he celebrated his landmark match by crossing in the second half at Ashton Gate.

That try marked a bonus point for Wasps, with the 36-21 victory putting them closer to guaranteeing a place in the Premiership top two.

A milestone moment saw winger Wade lead out his Wasps charges, but he certainly wasn’t just there for the occasion.

With 15 tries in England’s premier competition already to his name, that tally was to be added to in the second half with his side’s fourth score of the afternoon.

And there was no better time to do it for Wade, the beneficiary of a fortunate bounce as he and Willie le Roux opened up the space for a two-on-one to be created, left with the simple task of crossing the whitewash.

The wingers were to be on excellent form at Ashton Gate, with Wade’s teammate Josh Bassett getting on the act with a try-double to maintain their place atop the table.

He was not the only international on display in the west though, as Elliot Daly, Nathan Hughes, Joe Launchbury and James Haskell also played their part as Wasps moved seven points clear of third-placed Saracens with just two games remaining.

Tommy Taylor and Joe Simpson crossed alongside Bassett in the first half, while Guy Thompson added gloss to the scoreline with 20 minutes left to go.

Bristol, who were confirmed as finishing bottom of the table with this defeat, had opened the scoring through Jason Woodward, rallying late on thanks to scores from Jack O’Connell and Nick Fenton-Wells.