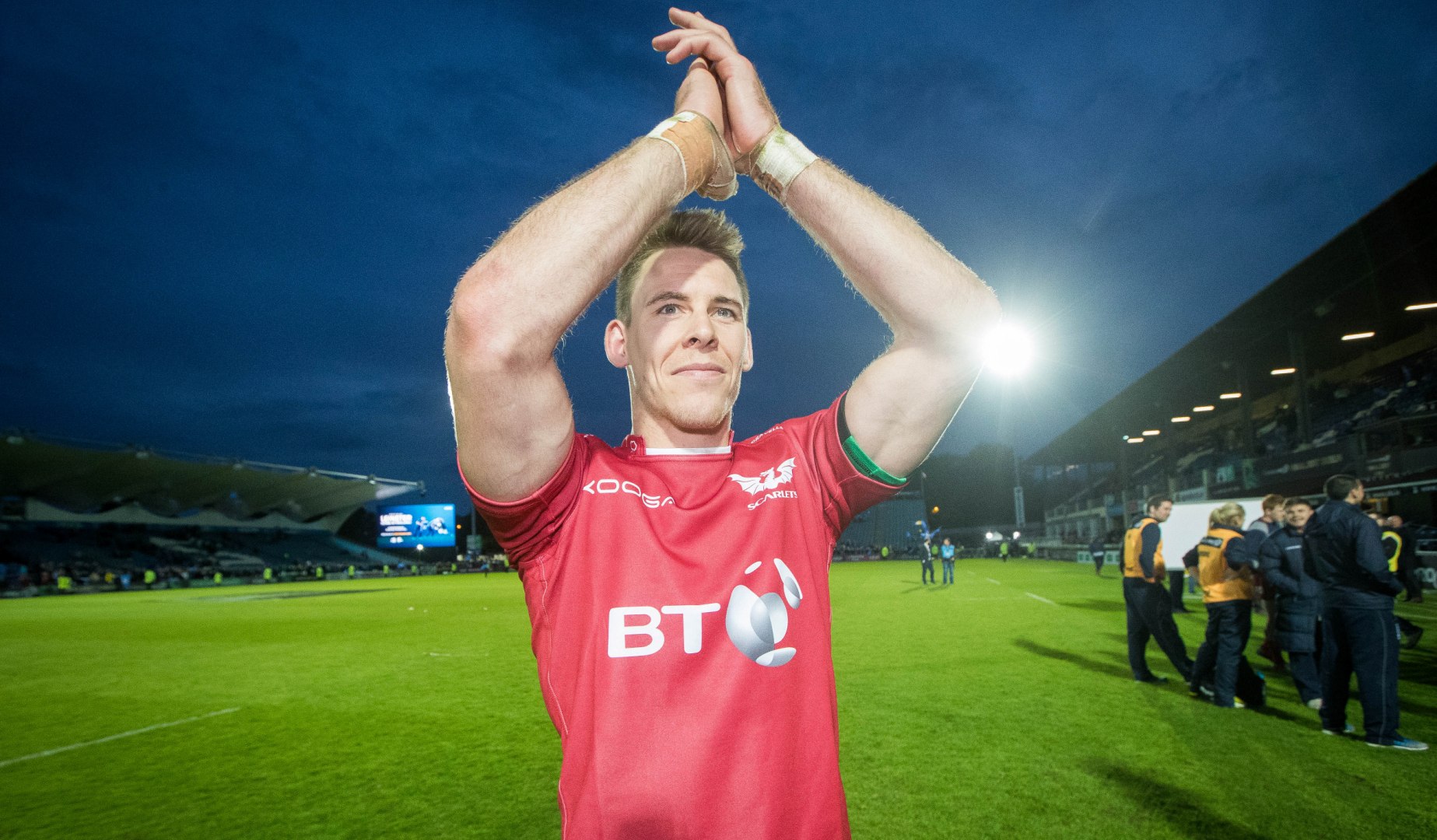 Scarlets ran in three first half tries to take a commanding lead and then had to put in a strong defensive shift in the second half after Steff Evans was sent off just before the break.

But Williams scored two late penalties to take the game away from Leinster, and Scarlets were able to hold on to make it to next week’s PRO12 final.

LIAM HAS HIS KICKING BOOTS ON

When Scarlets fly half Rhys Patchell was replaced in the second half, full back Williams was left to take over the kicking duties.

With Scarlets making a rare attack into the Leinster half with ten minutes remaining they won a penalty 30 metres out and Williams calmly stepped up to slot it between the posts.

And he did the same minutes later when he scored a far more straightforward penalty to book Scarlets place at the final next weekend for the first time.

But it was not just his kicking that caught the eye, in the first half Williams produced a brilliant piece of defensive play to stop Luke McGrath from scoring, the Leinster scrum half was tackled by Steff Evans and Williams got back to snatch the ball for his side.

Scarlets teammate, and fellow British and Irish Lion, Davies played a key role in the build-up to the opening try as he managed to break free of a tackle to set up John Barclay, who played in Evans to burst free and go over.

Leinster’s Lions were unable to help their side progress to the PRO12 final – despite some good moments.

Johnny Sexton in particular played a key role in Leinster getting back into the game early on with some good footwork to put the hosts in good positions.

His kicking from hand in the second half kept the hosts on the front foot and the pressure on right up until the final minutes.