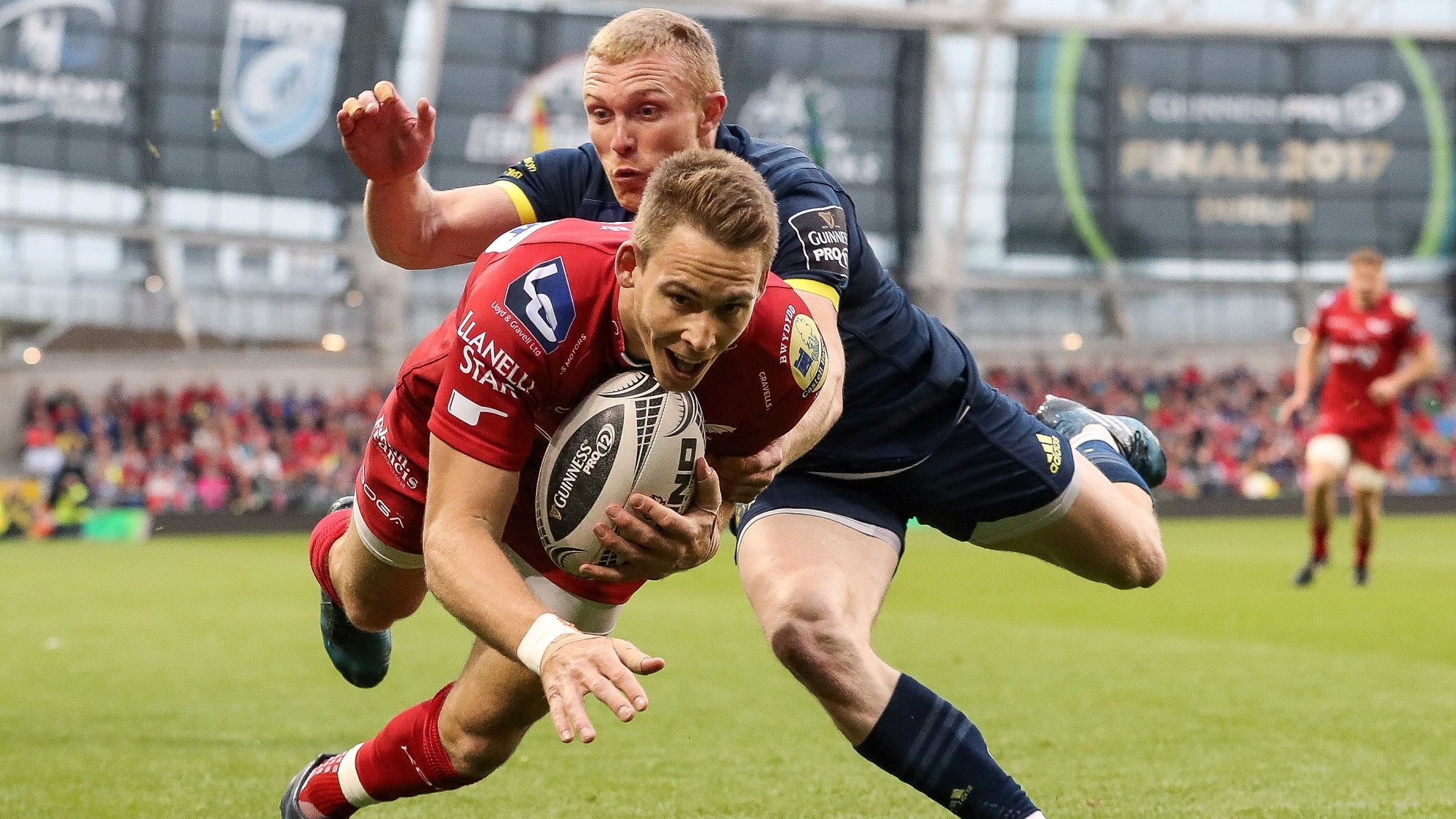 British & Irish Lions pair Liam Williams and Jonathan Davies signed off in style as they helped Scarlets to Guinness PRO12 glory with a 46-22 win over Munster in Dublin.

The Wales duo were in outstanding form, helping the Scarlets to four first-half tries in a brilliant attacking performance.

Williams had spoken of his desire to get on the plane to New Zealand with a Guinness PRO12 winners’ medal and he made the perfect start with a try after nine minutes.

Showing his pace he was quickest to Rhys Patchell’s kick through for the opening try of the final, giving Scarlets a 5-3 lead.

His Lions colleague Jonathan Davies then came to the fore on 20 minutes, combining brilliantly with Steff Evans to put the winger over for the second try of the game with a length-of-the-field score.

Scarlets were on fire and added two further tries from Gareth Davies and Tadhg Beirne to open up a 29-3 lead.

However Munster hit back right on the stroke of half-time, Lions duo CJ Stander and Conor Murray combining to put Tyler Bleyendaal over for a try.

Still, it would have taken a magnificent effort to come back, and Scarlets tightened things up in the second half to secure a first title in 13 years, in their first Guinness PRO12 final.

And Williams even made a late kicking contribution, converting late tries from DTH van der Merwe and James Davies to cap a perfect afternoon on his farewell appearance for the club.