Pick of the Pride Ambassador Announcement

The British & Irish Lions are delighted to announce the first ever Pick of the Pride Ambassadors for the 2017 Tour to New Zealand. [more] 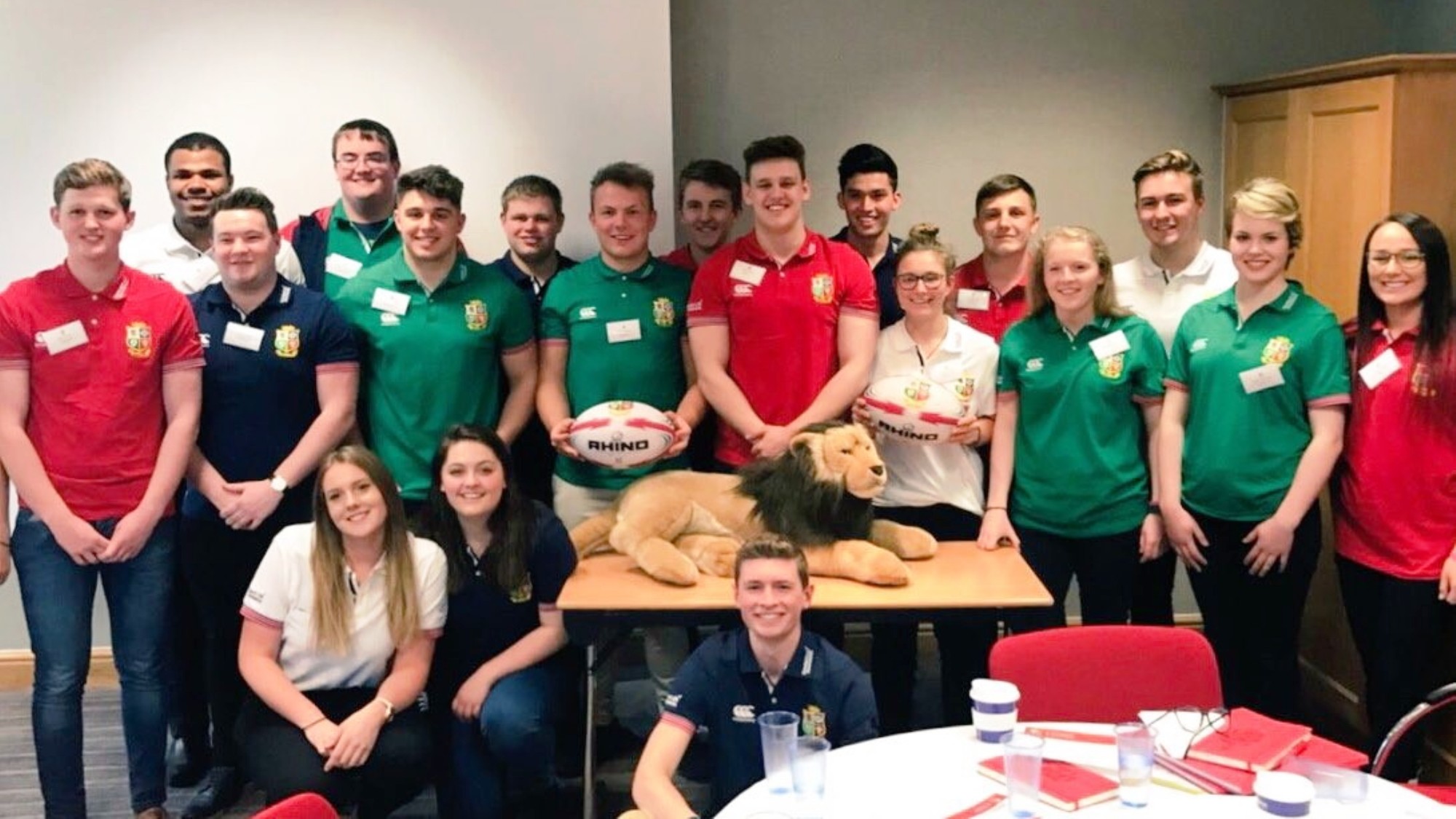 The Pick of the Pride is a team of 18-21 year old ambassadors selected from over 100 applicants across the four home unions.

Eight ambassadors were selected based on their rugby involvement in their community, passion for growing the game, and demonstration of applying the Lions core values of respect, integrity, discipline, and friendship. They are:

The Pick of the Pride have been tasked with going on Tour to learn about grassroots rugby in New Zealand, as well as the from ambassadors outside their own Union.

Once the ambassadors return from Tour, they will take on a domestic Tour of their own, sharing their documented learnings and spreading the benefits of rugby and the Lions core values across their communities to inspire participation, inclusion and the growth of the game.

Scottish Ambassador Gavin Rittoo commented: “Rugby has taught me important life lessons such as discipline and respect, whilst allowing me to develop team work and social skills both on and off the field.

“It helped me build my confidence from a young age and has shaped who I am today.

“I am looking forward to representing my country and the Lions and believe that we can help others to develop a love for the game and positively impact their lives.”

The ambassadors will use their experience in New Zealand to inspire their peers to help the grow the game and magnify the impact of future generations of rugby players on and off the pitch.

For more details go to: https://www.lionsrugby.com/learning-with-the-lions/pick-of-the-pride/.

ABOUT PICK OF THE PRIDE

Just weeks ago Lions Captain Sam Warburton called on young people to play their part in the programme by submitting a short video on social media explaining why they believed they were the best choice for the position.  Over 100 applicants from all four unions responded to the call up.

Eight ambassadors were selected based on their rugby involvement in their community, passion for growing the game, and demonstration of applying the Lions core values across all fields of their lives.

Honoured to be selected as Irelands young ambassador with @LewisMeadhbh for the Lions Tour to NZ, Thanks for getting me over the ‘LION’🦁🦁🇳🇿 pic.twitter.com/7MKSisLhgP

The Pick Of The Pride has been tasked with going on Tour to learn about club rugby in New Zealand, as well as the from their teammate ambassadors from outside their own Union.

The team will document their trip and share their experiences with their peers back home. Using a mixture of platforms including video, written, and social media; the ambassadors will act as the eyes and ears of their generation while in New Zealand.

Follow the Pick of the Pride through #PickOfThePride on Lions social channels.

Using a socially led strategy, young Lion supporters at home, will be brought into the Tour through a dynamic campaign relevant to their lives and be specifically exposed to themes and concerns similar to their own.

The group will depart for New Zealand on June 12. They will visit New Zealand Rugby headquarters, visit local rugby clubs, and attend two Lions matches including the Maori All Blacks match and the first Test against New Zealand.

Upon their return from Tour, the ambassadors will visit local schools and clubs to share their Tour learnings with the hopes of spreading the benefits of rugby and the Lions core values across their communities to inspire participation, inclusion and the growth of the game.

Proudly 1 of 8 Young Ambassadors selected for the @lionsofficial tour to NZ this June. What a privilege! Let’s grow rugby! #humbled 🦁🇳🇿 pic.twitter.com/sgdIv7iPTO

ABOUT LEARNING WITH THE LIONS

Since 1888 The British & Irish Lions have established deep connections with rugby communities across England, Ireland, Scotland and Wales. The four home unions are the backbone of the Lions’ great-standing heritage of excellence and play an integral part in the success of Lions’ squads today.

This year, the Lions have launched the Learning with the Lions programme as a mechanism of growing the game of rugby. The intention of the programme is to build enthusiasm and passion from the grassroots up through to the professional game.

The aim of The British & Irish Lions is to spread the Lions core values of Integrity, Discipline, Respect, and Friendship that have become synonymous with Lions rugby throughout the four unions as we inspire future generations of Lions players and supporters to become involved in our great game.

The programme consists of three pillars:

To register for the Tour Events, go to www.Lionsrugby.com/Learning