Henshaw ready to take the attack to his childhood hero

Robbie Henshaw has vowed to take the attack to the Blues when he makes his British & Irish Lions debut against a childhood hero on Wednesday. [more] 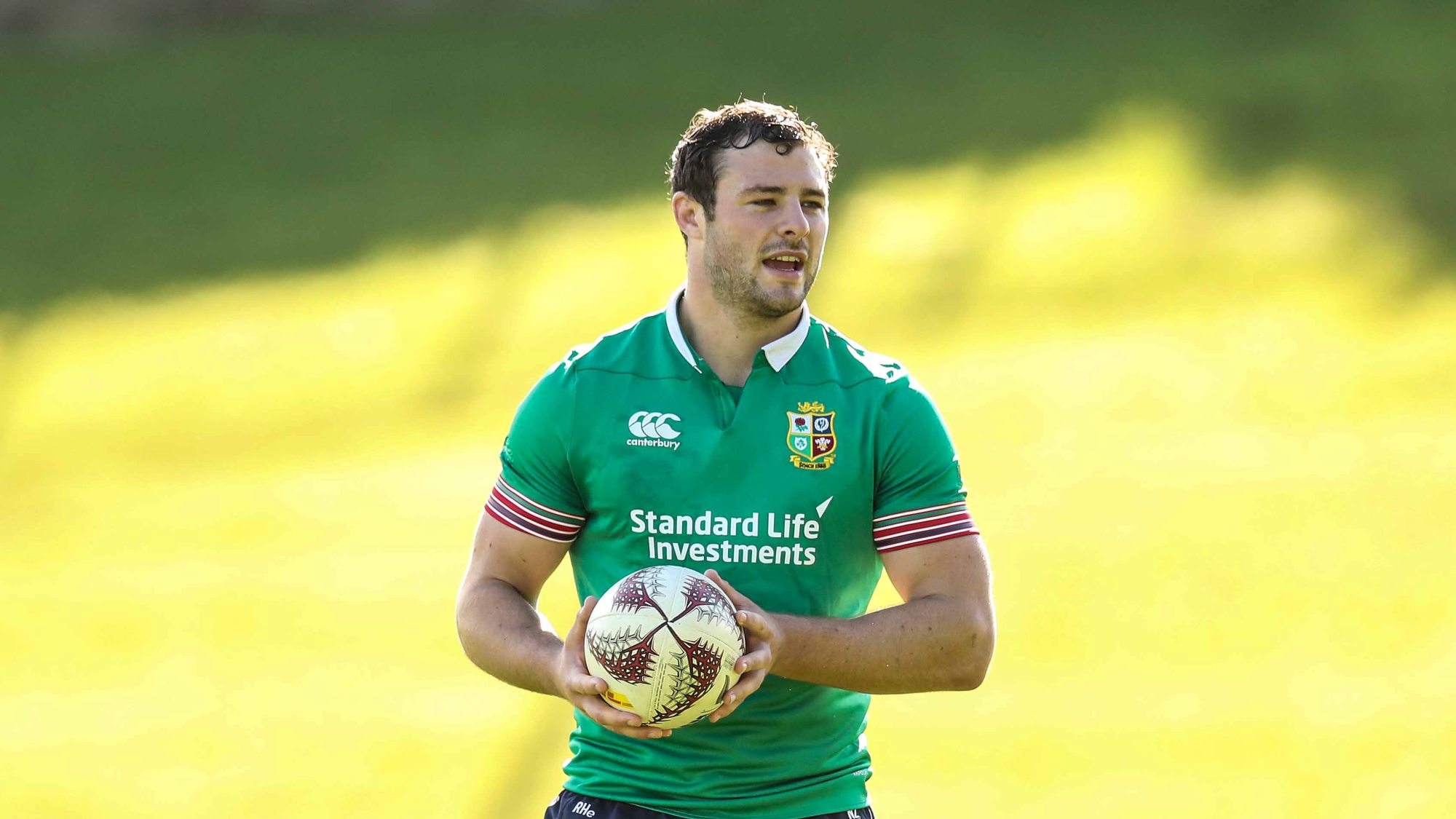 Lining up at inside centre for the Blues when the game kicks off at 7:35PM (8:35AM BST) is All Black Sonny Bill Williams – a man Henshaw has yet to face in his young international career.

But after scoring the decisive winning try against the All Blacks in Chicago last year, Henshaw goes into the second game of the Tour – his first – full of confidence.

The Lions are looking to build on their Tour opening victory last weekend with an entirely new starting XV and Henshaw is not going to let Williams and the rest of the Blues squad get in his way.

“I was a big fan of (SBW) when I was a kid, whether it was performing in league or for the All Blacks,” he said.

“To be coming up against him is pretty surreal. It’s going to be tricky but I’m looking forward to playing against him and having a go.

“We definitely tweak our defensive technique for someone like that – just not too much.

“We need to come with an attack mentality here. We can’t sit off and let these boys play because they can tear teams up in the blink of an eye. Our mentality is to go after these teams, show them we’re coming here to play and go after them in defence as well.”

Henshaw is paired in the centres with his compatriot Jared Payne, while there are familiar combinations throughout the side.

Maro Itoje and Courtney Lawes in the second row, Dan Biggar and Rhys Webb in the halves and Elliot Daly and Jack Nowell out wide.

“Yea, it’s brilliant. Similarly we have the Welsh ‘9’ and ‘10’ with Rhys and Dan, and myself and Jared know each other inside out, and I think that’s definitely a positive coming into the game tomorrow,” he added.

Henshaw may not have played for the Lions yet on Tour, but he has already taken on a valuable leadership role for the squad.

The surface at Eden Park is looking 👌@LeighHalfpenny1 was out there earlier, putting the 🏉 through the sticks… #BLUvBIL #LionsNZ2017 pic.twitter.com/2Ft4mfP1pb

The 23-year-old had to dust off his Irish in front of the Maori elders for the official welcome at Waitangi last weekend.

And with a bit of help from his sister Ali – a primary schoolteacher back home – he managed to strike the right note.

“I didn’t think I’d have to bring that down to New Zealand and take it out of the locker,” admitted Henshaw of his Gaeilge.

“It’s been locked away there for 10 years, I haven’t spoken Irish (Gaelic) in a long time. I felt a bit of pressure before it and I was a bit nervous getting my language back and obviously getting my accent back. It was tricky enough.

“It was nice to be able to get up and speak on behalf of the Irish and to show the Irish culture within the set-up. I said ‘thanks for having us, it’s great to be here’. I’m from the midlands in Ireland and just said ‘thanks very much to New Zealand, it’s a beautiful country, a beautiful place’ – short and sweet.”