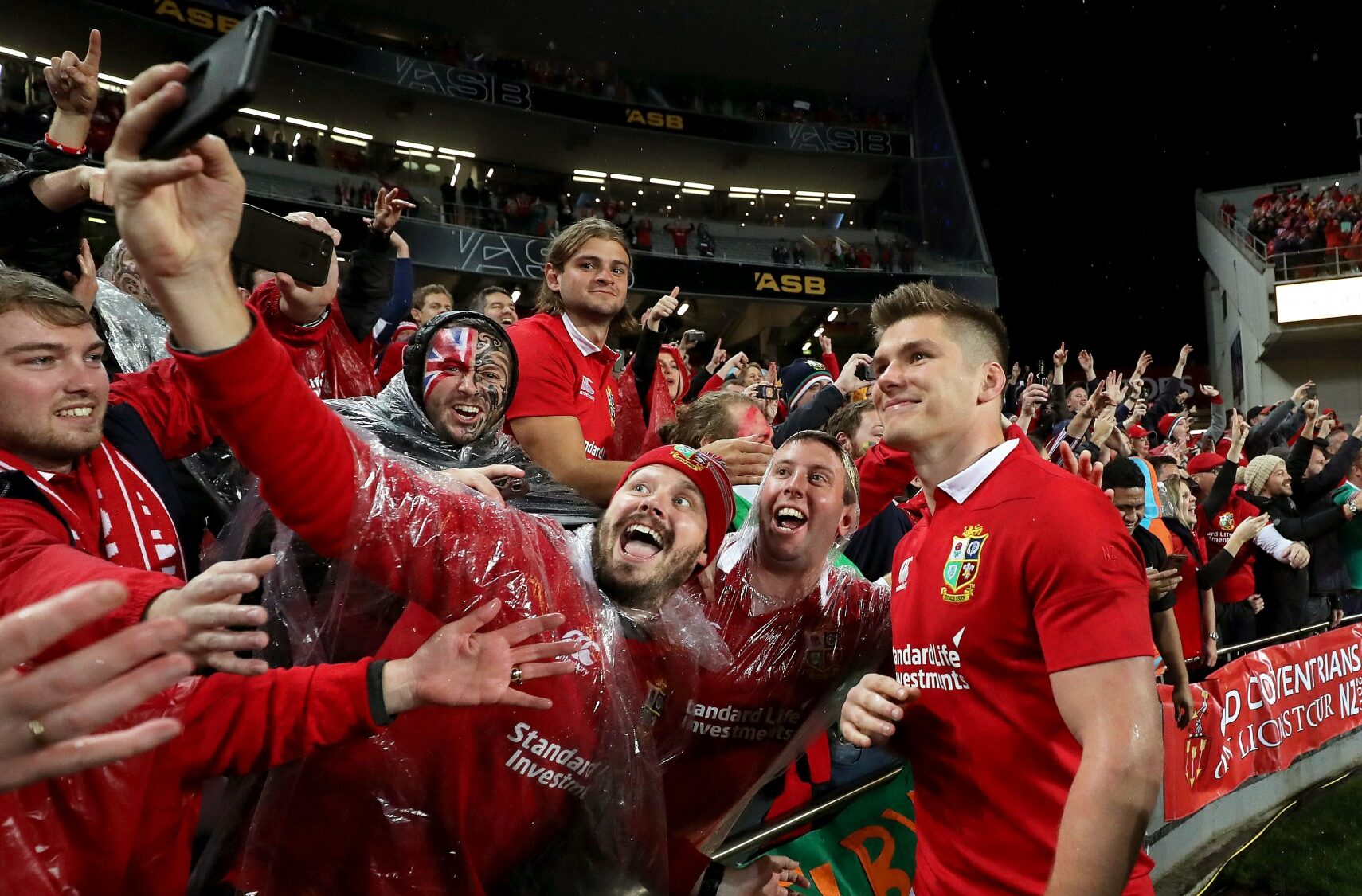 The British & Irish Lions came from behind in the series and the third Test to earn a 1-1 draw after an epic encounter in Auckland.

Up against a New Zealand team who had won 38 Tests in a row at Eden Park, the Lions trailed 12-6 at half-time, and were three points down with four minutes remaining.

But Owen Farrell stepped up and held his nerve at the death to clinch the 15-15 draw in the match and the series.

It was the second time in Lions history that they have drawn a series – after the 1955 Tour to South Africa – and inevitably it sparked a lot of reaction on social media.

Here’s a selection of some of the best reactions:

There was incredible support for the Lions in the stands, Auckland really was turned red:

The sea of red are in their seats!!

The Lions trailed 12-6 at half-time, but it could have been more as New Zealand created a number of chances. One of the key men for Neil Back was skipper Sam Warburton:

Elliot Daly’s kick put the Lions back to within three points, getting the seal of approval from Dafydd James:

What a kick by Elliot Daly 👍🏼👌🏉#NZLvBIL3

It was all to play for and Owen Farrell kicked the decisive penalty, Iain Balshaw loved it!

In the end it finished a draw, with plenty of Lions from yesteryear having their say:

What a series. What a truly amazing effort by these Lions !! Bloody awesome Test match #LionNZ2017

Hell of a game…. hell of a series!! Congrats to all @lionsofficial #LionNZ2017 🦁

30 warriors as physical and ferocious as you’ll ever see. But everyone of them oozing pure class & humility. Series drawn. Rugby winning 🦁❤️

It wasn’t just Lions watching on, former South Africa No 8 Pierre Spies chimed with his thoughts on the game:

Awesome spectacle of rugby put on by the @lionsofficial vs @AllBlacks – such a great event! Well done !! #special

After an unbelievable series, there was clearly huge respect between the teams at the final whistle:

Both sets of players congratulate each other after an incredible series! #NZLvBIL pic.twitter.com/D5AuNpSrsM

A special moment for Taulupe Faletau after the game celebrating on the pitch with his son:

Jerome Kaino and Ben Te’o after the game, immense respect between the players:

Opposition on the pitch, friends off it. Ben Te’o and Jerome Kaino share a post-match embrace. #AllForOne #LionsNZ2017 #NZLvBIL pic.twitter.com/2GJgt069cJ

The Lions second row after a huge shift:

The Lions front row who started all three Tests – what an effort from those guys:

More shots of the players in the changing rooms:

God is good!!! Honour and pleasure!

Tadhg Furlong stops to take a selfie with some lucky fans after the game!

Kieran Read and Sam Warburton lifted the trophy together after the game:

And a great shot of the Lions and All Blacks on the stage:

Respect between the two teams after the series:

We are proud to have done battle with you @lionsofficial. Thank you. #NZLvBIL 🇳🇿🦁 pic.twitter.com/cHqjzwygsy

Thanks for an amazing series @AllBlacks and to all in New Zealand for an incredible six weeks!#NZLvBIL #LionsNZ2017 https://t.co/4sjrvgC7AF