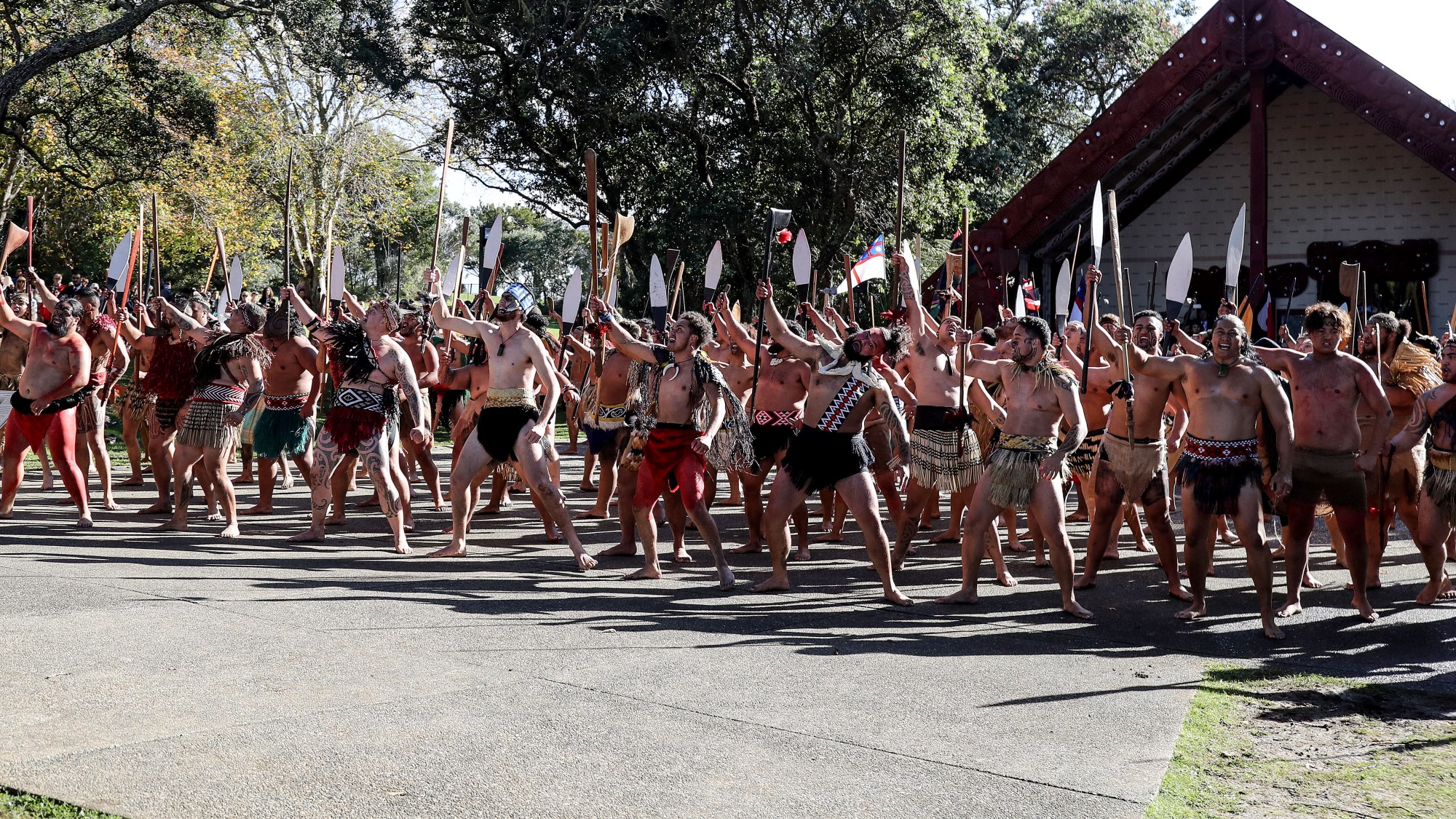 A core tenet of The British & Irish Lions is that the host country must be experienced as fully as possible. Having covered the Tour for Lionsrugby.com from the stands and the press-room, journalist Charlie Talbot-Smith selects ten of the best off-field moments.

And so here we are, departing Auckland where it all began six weeks ago.

The 2017 British & Irish Lions Tour has taken us the length and breadth of this glorious country of New Zealand.

Ten matches across six different cities, which have been breath-taking and brilliant in equal measure.

From last-minute thrillers, to dramatic draws and world-class wins – the highlights on the pitch have been plentiful.

But away from the rugby, this wonderful country has also welcomed the tourists and their fans with open arms.

And while all the things to see and do in this amazing country are too many to list here, we can at least pick out a few highlights.

So in chronological order, here are ten of the best moments that have captured this Tour’s spirit outside of the white lines.

The Sky Tower in Auckland

Although the first Lions chants of the Tour rang out at Toll Stadium in Whangarei, it was in Auckland that the Lions first touched down and had their first training sessions.

The largest city in New Zealand, Auckland has played host to the Lions on four separate occasions on this Tour and the sights and smells of the City of Sails have been jawdropping.

But it is the views from the top of the Sky Tower, the tallest free-standing structure in the Southern Hemisphere, that best give you an idea of the scale of the place.

It has become an iconic landmark in Auckland’s skyline due to its height and unique design and any trip there should begin with a climb to the top – although Mt Eden across the city is also worth a visit.

After grinding out their first win of the Tour that Saturday in Whangarei, the Lions headed to Waitangi on Sunday morning for their official welcome ceremony – a powhiri in Maori.

With the ridiculously stunning setting of the Bay of Islands as the backdrop, the spine-tingling welcome afforded the players, management and backroom staff was unlike anything anyone had ever experienced.

In bright sunshine and watched by a crowd of several thousand, the Lions, led by skipper Sam Warburton, faced three challenges on their way to the upper marae, the Te Whare Rūnanga.

All three challenges were performed on the Treaty Grounds, the birthplace of this great nation by Maori warriors who then ceded to 400-or-so men, women and children in front of the upper marae.

And the Lions also added to the occasion, as the players replied with songs specific to the four home nations: Jerusalem from England, Calon Lan from Wales, Highland Cathedral from Scotland and Fields of Athenry from Ireland.

One cannot help but be inspired by a tour of Christchurch, a city that remains unbowed and unbroken despite the earthquakes that hit the city at the start of this decade.

Their resilience impresses all who encounter it and the street art on show is mind-boggling but make no mistake about it, Canterbury is rugby country.

This sport is religion in New Zealand, and Christchurch is their Mecca and when the Lions played the Crusaders you could sense the occasion.

The cheerleaders set the atmosphere, but it is the three knights on horseback tearing round the stadium before kick-off that crank up the mood.

Vangelis’ Conquests of Paradise reverberates around the compact stadium while fireworks gleam in the night sky. An experience like no other.

This might be cheating a little bit, considering the stadium is a rugby ground and these are supposed to be highlights away from the games on Tour.

But Dunedin is where the New Zealand winter really arrived in full force and while the city is packed with sites like Baldwin Street – the steepest residential street in the world – the Highlanders home has to be seen to be believed. 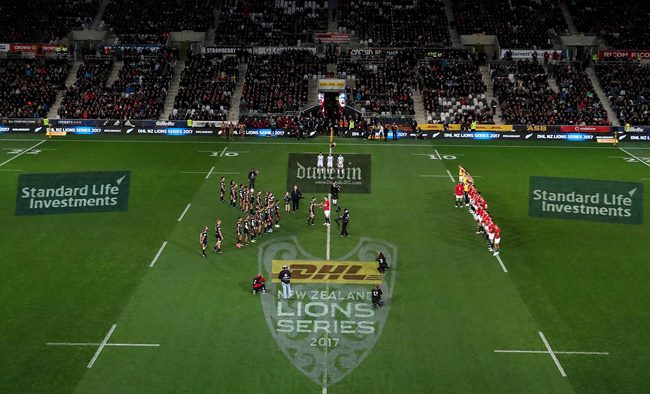 Shaped like a greenhouse with its glass roof, the stadium is certainly not warm but the noise that bounces around it is red-hot.

The Highlanders fans that pack one end of the stadium known as The Zoo made a fantastic din in a futuristic stadium when the Lions played the Highlanders.

And while their Seven Nation Army song for Waisake Naholo has been stolen by the Lions own Maro Itoje – there is no doubting the brilliance of this unique stadium.

The largest haka in the world in Rotorua

Rotorua is a city steeped in Maori culture so it is only right that the Lions played the Maori All Blacks here.

The city smells distinctly of egg, and the volcanic scenery lends itself to a number of fun activities – including mud springs at Hell’s Gate and The Skyline Luge to the north of the city.

But nothing will compare with the world record haka on game day on Saturday morning that greeted the players.

The event was put together by the International Rugby Club as part of the club’s Rugby Safari which is following the Lions series as it tours New Zealand.

An estimated 7,700 people took part at Rotorua’s Lakeside Village Green and – when ratified by Guinness – will break the world record for most participants in a mass haka.

The Lions produced their best mid-week performance of the Tour against the Chiefs in Hamilton.

But away from the game, it was the trip to Hobbiton that will be remembered by all who visited.

The set for Peter Jackson’s Lord of the Rings and Hobbit movies, JRR Tolkien’s world has been meticulously brought to life just west of Hinuera on a farm owned by the Alexander family.

37 different Hobbit holes from the Shire have been recreated in all their glory, while there is also a local feast with ales and meads to enjoy at the Green Dragon and the Shire’s Rest Cafe.

The Lions third visit to Auckland brought the first Test against the All Blacks.

And while it was Rieko Ioane doing the damage out on the pitch, a trip to Waiheke Island brought much needed relief for players and supporters alike.

From world class vineyards to unique eco-tours, Waiheke Island offers something for everyone but the highlight has to be the phosphorescent waves.

Bioluminescence is a natural phenomenon that only occurs in a small number of places across the world. It is the name given to when organisms have the ability to produce their own light, which in turn creates some of nature’s most magical displays and one of them is Palm beach on Waiheke.

It’s not hard to work out why a city like Wellington – a capital famous for its craft beers – is popular with locals and tourists alike.

The Westpac Stadium – also known as the Cake Tin – hosted two of the best games on Tour as the Lions drew 31-31 with the Hurricanes and then beat the All Blacks in a thriller in the second Test.

To get a real feel for the city you need to head up Mt Victoria – why not prepare for the climb with a big feed at the Chippery – for stunning panoramic views.

But the most moving sights come at the Te Papa Museum and their extremely humbling Gallipoli exhibition that takes an unflinching look at those brave Anzac soldiers that lost their lives in the flawed World War I campaign in Turkey.

Not for the faint of heart, those of a milder persuasion might also be interested in the rugby and Maori exhibitions in this varied and vital museum on the waterfront.

The Nevis Bungy in Queenstown

Set an epic 134m above the stark beauty of the Nevis River, the highest Bungy (bungee) in New Zealand is a once in a lifetime experience.

The worst but probably the best experience I have ever had!! 🤘🏽

Queenstown has more than its fair share of activities, from jetboating the Shotover river to surviving the haunted house ‘Fear Factory’ in town.

But the bungy is the iconic activity in this tourism hot spot that is framed on all sides by the aptly named Remarkables mountain range – just ask Jack Nowell, Taulupe Faletau and George Kruis who took it on with aplomb at the start of this week.

The Auckland weather might have rained on their parade, but the locals were undaunted on Thursday as they turned out in force to welcome back their triumphant America’s Cup winners.

The City of Sails rose as one to salute Grant Dalton and his victorious crew that won sailing – and sport’s – oldest trophy last month.