Preview: Third Round of November Internationals 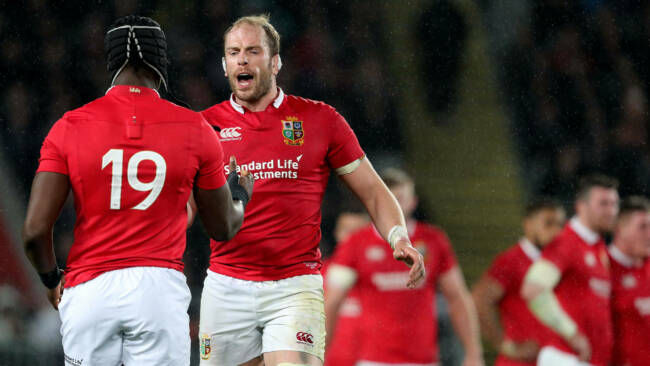 Scotland will be looking to beat Australia for the second time in a calendar year when the two sides meet on Saturday, having already overcome the Wallabies 24-19 in Sydney last June.

After coming so close last week against New Zealand, Head Coach Gregor Townsend – one of the heroes of the 1997 Tour – has made four changes to his side. 2013 Lion Sean Maitland is back on the wing with Simon Berghan, Grant Gilchrist and Ryan Wilson also drafted into the starting XV.

Ali Price continues at scrum-half in the absence of 2017 tourist Greig Laidlaw, while Finn Russell will look to direct the action from fly-half. There will be plenty of attacking options out wide with Alex Dunbar and Huw Jones at centre and an all Lions back three in Tommy Seymour, Stuart Hogg and the recalled Maitland.

WATCH | Here is your team to face Australia this weekend at BT Murrayfield #AsOne pic.twitter.com/NgysrAk9ij

England will look to finish their Autumn Internationals with a 100% record as they welcome Samoa to Twickenham. Eddie Jones has made a total of nine changes to the starting XV that beat Australia 30-6 last week, with Maro Itoje – second row star in red in New Zealand this summer – starting at blindside flanker. Jamie George, who started all three Test matches against the All Blacks, starts at hooker between Ellis Genge and Lion #794 Dan Cole.

It’s all change at centre for England as Alex Lozowski and Henry Slade combine at 12 and 13. Mike Brown is recalled at full-back, with Jonny May and 2017 Test Lion Elliot Daly making up a dangerous back three.

England have three British & Irish Lions to call on from the bench in Joe Marler, Courtney Lawes and Ben Youngs as well as exciting talent Piers Francis and deadly finisher Semesa Rokoduguni.

BREAKING | Your England team, co-captained by @George_Fordy and @ChrisRobshaw, to face Samoa on Saturday 🌹

Wales play their penultimate game of the November window when they host New Zealand to Principality Stadium. Wales announced earlier in the week Lions duo Liam Williams and Alex Cuthbert would miss out due to injury.

A total of eight British & Irish Lions are selected, including 2009 and 2013 star Jamie Roberts. Ken Owens, who was on the bench against New Zealand this summer during the drawn Test series, starts at hooker with Alun Wyn Jones and Jake Ball in the engine room. Rhys Webb and Dan Biggar are the half backs while Owen and Scott Williams make up the centres. Wales have plenty of attacking options with Steff Evans, Halom Amos and Leigh Halfpenny named in an exciting back three.

New Zealand retain only five players in the starting XV from the team that played the third Test at Eden Park against the Lions – Codie Taylor, Sam Whitelock, Sam Cane, Aaron Smith and Beauden Barrett. Captain Kieran Read misses out due to injury and is replaced by Luke Whitelock, the younger brother of Sam who starts in the second row. The trend of brothers continues as Scott Barrett is amongst the replacements alongside the likes of TJ Perenara and Anton Lienert-Brown.

Like England, Ireland will be looking to finish their Autumn Series with a 100% record when they welcome Los Pumas to Dublin.

Ireland have plenty of options off the bench should they need to call on them with James Tracy, Rhys Ruddock and Andrew Conway among those who will hope to get a run.