Wins for Scotland England and Ireland 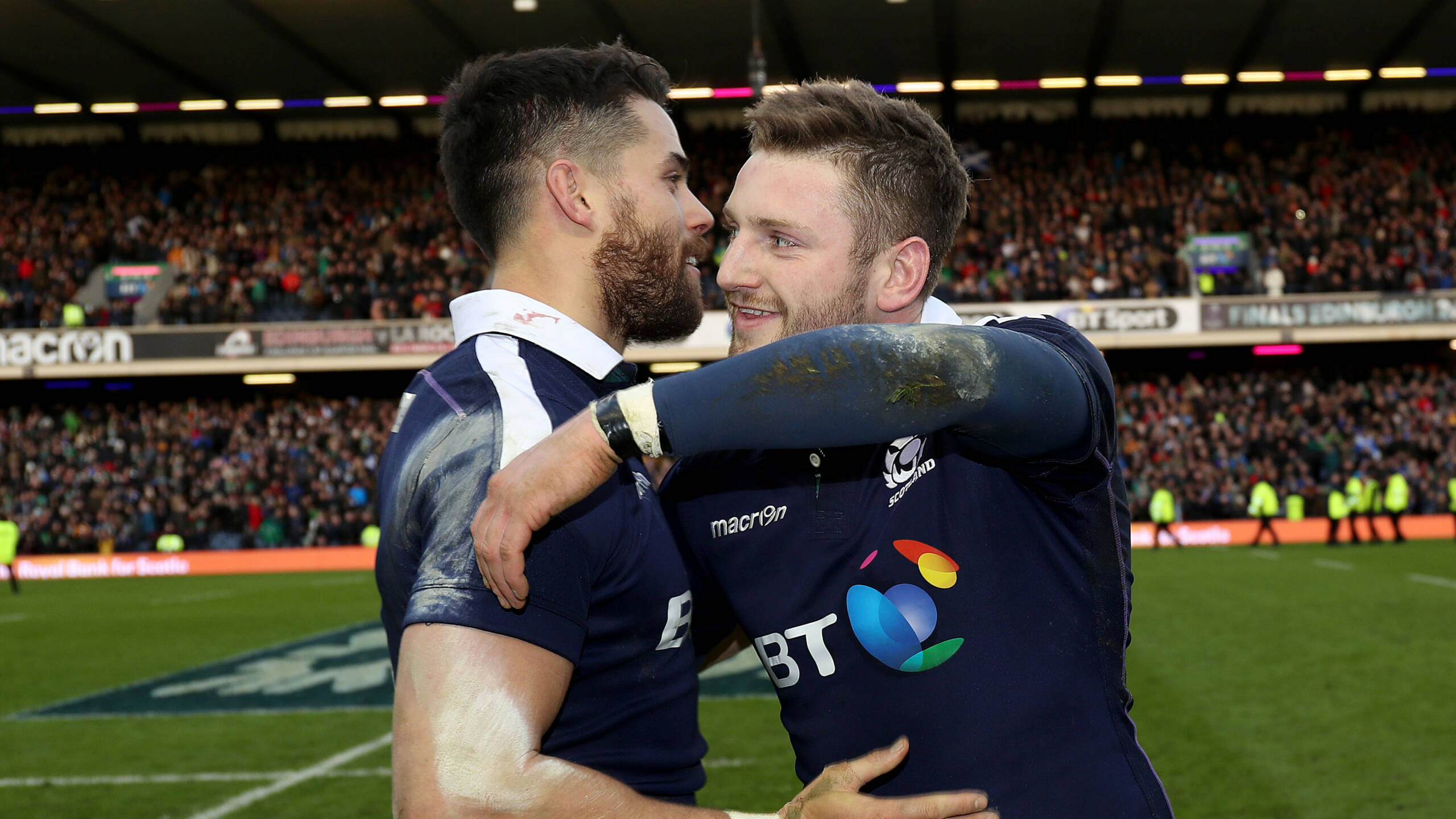 Scotland had the early kick off when they welcomed the Wallabies to BT Murrayfield on Saturday. Having come so close last week against New Zealand, Gregor Townsend’s men were desperate to finish their November international series on a high.

Fly-half Finn Russell opened the scoring on 14 minutes with a penalty before Byron McGuigan, who was a late replacement for two-time Lions tourist Stuart Hogg, crossed for the first of his two tries. Australia would strike next with a brace of tries from strong centre Tevita Kuridrani.

A red card for Australia prop Sekope Kepu turned the momentum back in Scotland’s favour.

Scotland were quick to take advantage and just before the break scored their second try through the ever lively Ali Price.

The scores kept coming early in the second half with Kurtley Beale scoring a five pointer within two minutes of the restart. It was a case of ‘anything you can do’ as Scotland scored just four minutes later to regain the lead through 2013 Lion Sean Maitland. Johnny Gray added another just a few minutes after that to take a commanding lead. Further tries from Huw Jones and a second from McGuigan extended the lead and put Scotland out of sight.

John Barclay and Stuart McInally scored late to put the icing on the cake and give Scotland a fantastic finish to their November international series with a 53-24 win.

IT'S All OVER AT BT MURRAYFIELD AND SCOTLAND HAVE BEATEN AUSTRALIA 53-24! #AsOne pic.twitter.com/BtZLrEaRA6

England were looking to finish their November series with a 100% record – with Samoa standing in their way at Twickenham on Saturday. Eddie Jones would certainly be happy with their start – the men in white scoring two tries scored within the first 10 minutes through full-back Mike Brown and centre Alex Lozowski.

Samoa hit back almost immediately however and scored a try of their own through powerful flanker Piula Faasalele. Second row Charlie Ewels would be the next to go over and with Ford kicking the conversion and a penalty, England would go into half time 22-7 up. The game remained tight for the first twenty minutes of the second half until Elliot Daly, one of the stars on the 2017 Tour of New Zealand, scored the first of his two tries. Ford again kicked the conversion and England were now in control. Three late tries in the final 10 minutes gave England a comfortable finish and they would end the game 48-10 winners.

Wales welcomed New Zealand to Principality Stadium looking for their first win against the men in black since 1953.

2013 Lion of the Series Leigh Halfpenny got the scoring underway when he kicked a penalty in the eighth minute for the home side. Dangerous winger Waisake Naholo, who faced the Lions in the summer, scored the first of his two tries on 13 minutes before dotting down again on 37 minutes. Strong centre Scott Williams scored a try right on the stroke of half-time when Hallom Amos broke the New Zealand defence and offloaded it to the no.13.

The All Blacks would score two tries in a crucial period in the second half through replacement Anton Lienert-Brown and left-wing Rieko Ioane.

Wales scored with 10 minutes to go through replacement scrum-half Gareth Davies but a second try from Ioane sealed the victory with New Zealand running out 18-33 winners.

Ireland were the last to start, with a 5:30pm kick off against Argentina in Dublin. Like England, Ireland were also looking to finish their Autumn Series with a 100% winning record.

The home side got off to an excellent start with talented winger Jacob Stockdale going over for the first of his two tries after 20 minutes. 2013 and 2017 Lion Johnny Sexton, who played a huge role in both Test series on those Tours, scored two penalties and converted the Stockdale try to give Ireland a 13-0 lead at half-time.

Stockdale, who was rightly named man of the match, scored his second inside two minutes of the restart with Sexton duly converting the conversion. Los Pumas came back strongly with a nicely worked try from full-back Joaquin Tuculet before another Lion – CJ Stander – would score Ireland’s next points with a well-earned try from a maul. Argentina would score two late tries but having started so strongly Ireland would hold out and earn their 100% record with a 28-19 victory.

News
Previous story Preview: Third Round of November Internationals
Next story Wales look to finish on a high