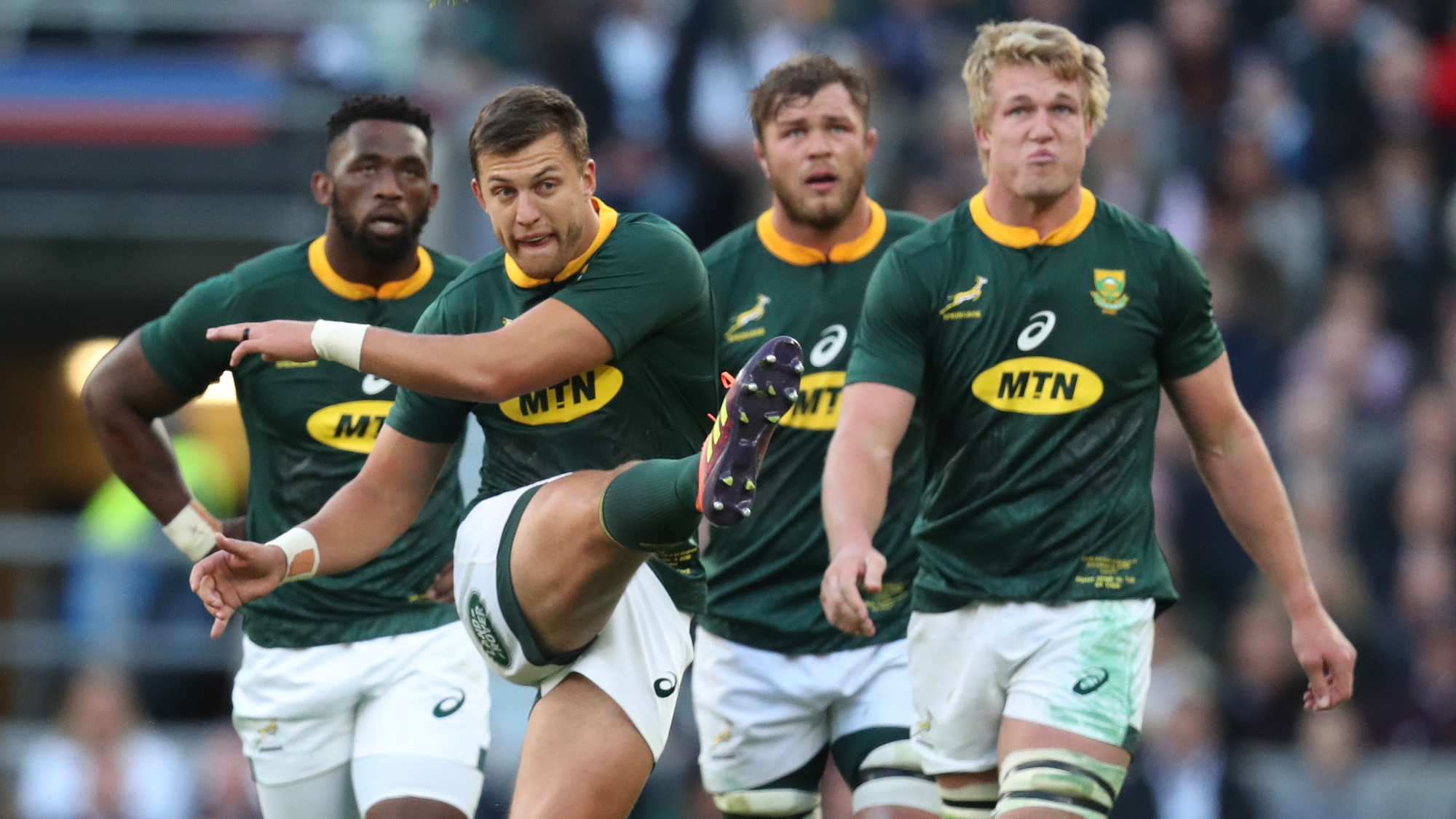 A Handre Pollard-inspired South Africa claimed their first major international trophy for 10 years with a 46-13 victory over Argentina in Salta.

The Springboks were crowned Rugby Championship winner for the first time since it expanded from three nations to four, after a phenomenal display from their fly-half saw him rack up 31 points, his best tally in an international fixture.

The British & Lions are set to tour South Africa in 2021 and will be keeping a sharp eye on their future opponents’ progress ahead of this year’s World Cup.

The eighth edition of the four-team competition saw it restricted to just three rounds of fixtures with the World Cup in mind and that yielded the first victorious South African campaign since 2009, when it was the Tri-Nations.

Argentina scored the first try of the game through Santiago Cordero to raise the Pumas fans’ expectations but South Africa, captained by Duane Vermeulen, hit back through hooker Bongi Mbonambi.

It was all Springboks from that moment onwards as Pollard worked his magic sending a barrage of penalties over the posts before crossing the whitewash himself to make it 24-13 at half time.

Faf De Klerk was sin-binned in the second half but the Pumas couldn’t find a way back as Pollard went over again before Makazole Mapimpi and Cheslin Kolbe put the cherry on top with tries of their own.

“It’s a fantastic feeling because it’s the first time in ten years that South Africa has won the Rugby Championship or Tri-Nations and it’s a nice reward for all the hard work we’ve put in,” said Vermeulen.

“It’s also a good thing for us going into the World Cup. It’s one step up, still, a lot of work to be done but yeah, it’s a good feeling.”

Elsewhere Australia put the most points past the All Blacks in one game in Test history as they produced a scintillating 47-26 victory over their bitter rivals in Perth.