Joseph calls for more after England make it two from two

England continued their impressive start to this World Cup on Thursday night but centre Jonathan Joseph insists they have plenty more left in the tank. [more] 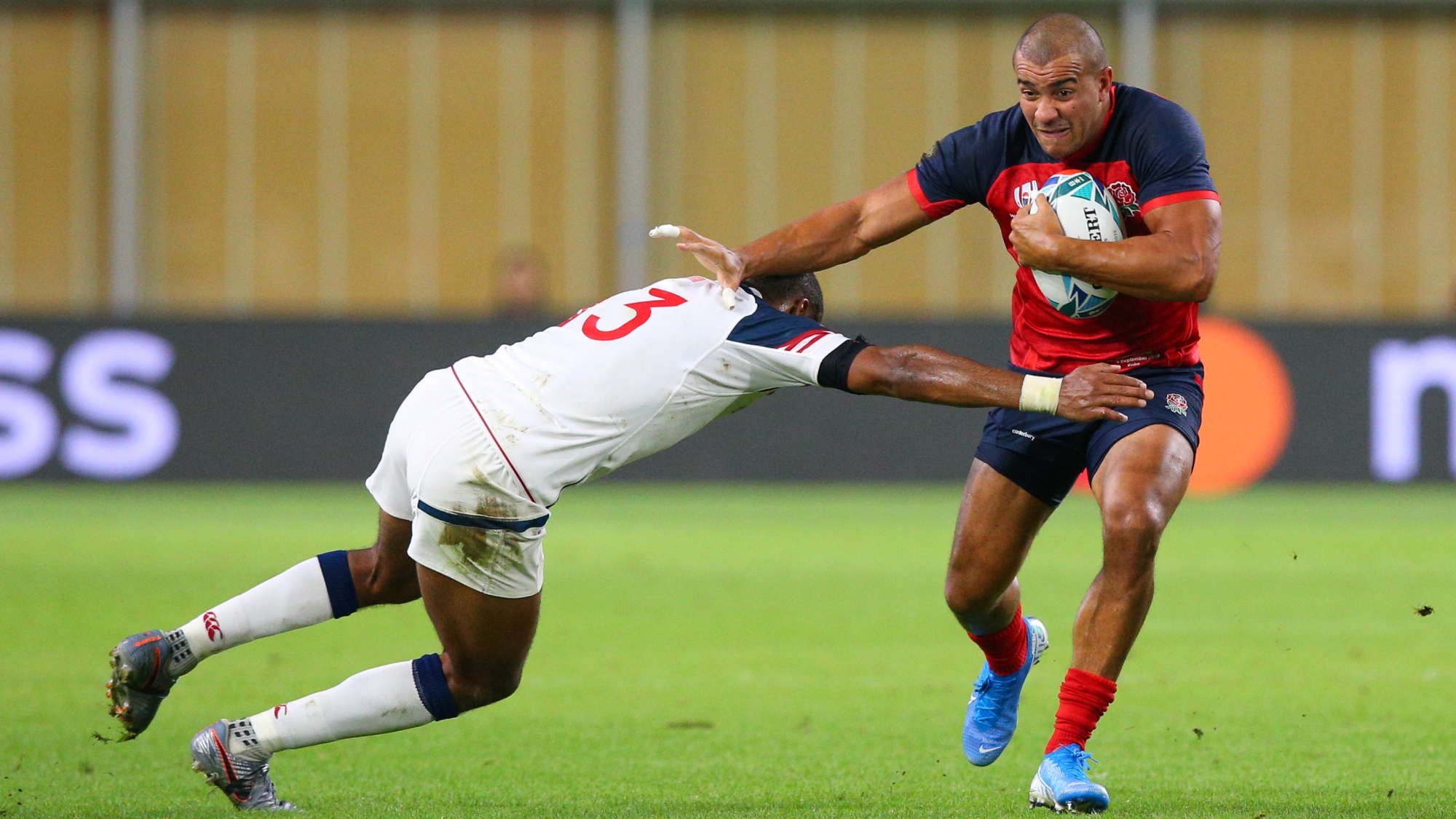 England were comfortable 45-7 winners against the USA at the Kobe Misaki Stadium, making it a perfect ten points from ten after Sunday’s win over Tonga in Sapporo.

The Red Rose ran in seven tries, Joseph playing a key hand in several including a fine pirouette to set up Joe Cokanasiga’s first.

But with bigger challenges ahead in Pool C in the form of France and Argentina, Joseph is not getting ahead of himself.

“I thought we did very well,” he said.

“There are always areas to improve on after every game but to have a scoreboard like that on a World Cup stage was great.

“If you had asked us before these two games if we were in the position we are in now, we would definitely have taken that.

“We are in a good place. We are under no illusions how tough this competition is. So we will keep our feet very much grounded.”

England now have nine days rest before taking on the Pumas in Tokyo.

And Joseph likes what he has seen from his side who have now scored 11 tries across two games and conceded only one.

He added: “I am excited. This team is just getting better and better. At times in that game and at times in the last game (against Tonga), when we get it right we are a really tough team to play against.

“We will have a couple of days off to rest and recover now and then we will look to build into the Argentina game.”

“It was great fun. We love attacking and getting our hands on the ball and putting pressure on teams in that way. There were obviously mistakes along the way, as there always will be, but when you have 75 per cent of the ball, you are going to have a few handling errors.

“But we stayed composed throughout and managed to get a fair few tries out there.”