South Africa’s third Rugby World Cup triumph has been rewarded with a hat-trick of accolades at the World Rugby Awards in Japan. [more] 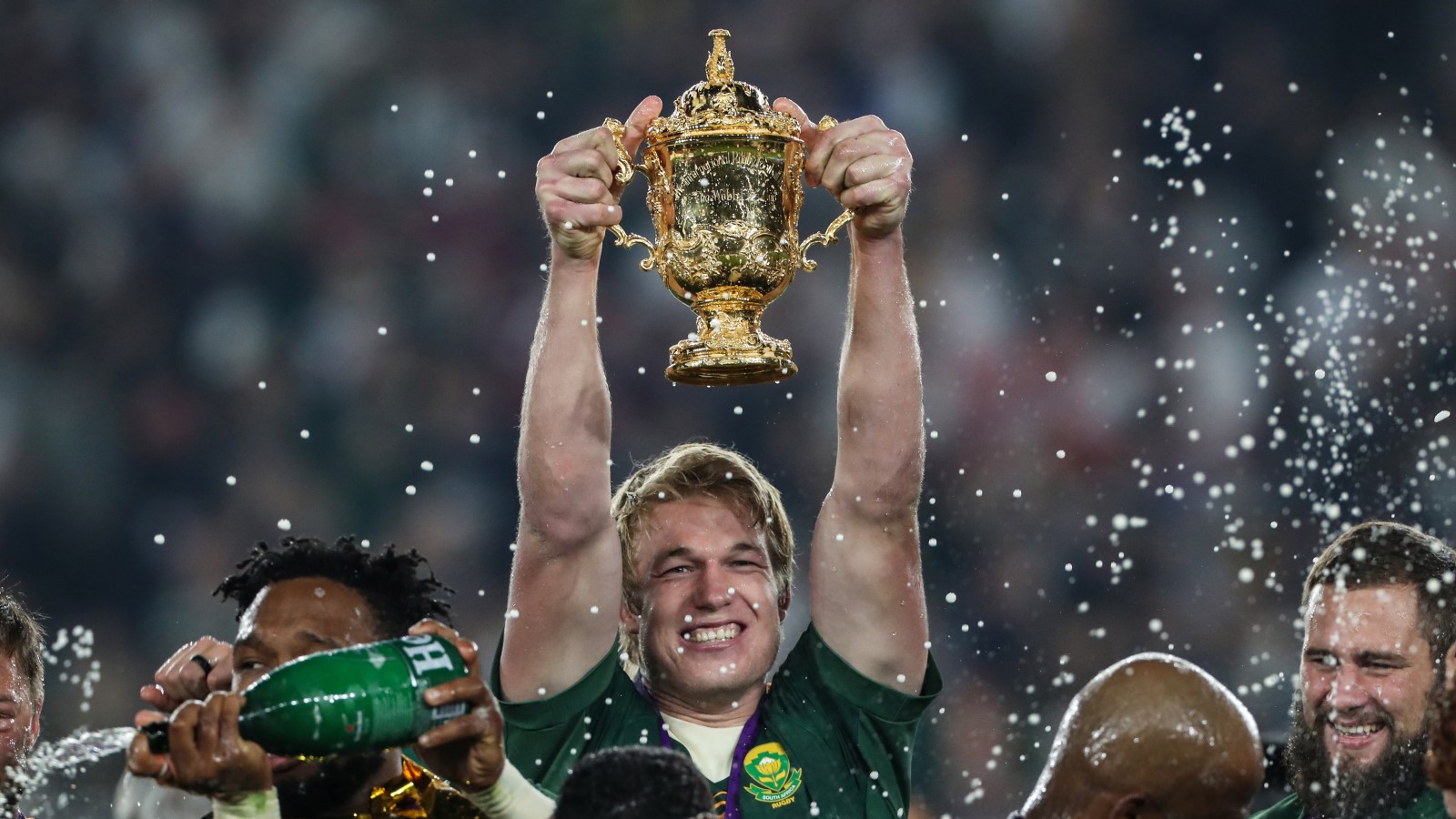 The Springboks defeated England in Yokahama on Saturday to lift the Webb Ellis Cup for the third time, following on from their victorious campaigns in 1995 and 2007.

That impressive success was in no small part down to Pieter-Steph du Toit, with the flanker named Player of the Year following his performances across 2019.

Rassie Erasmus joined him in taking personal silverware home from the event, named Coach of the Year in Tokyo, while the Boks – who face the British & Irish Lions in 2021 – were declared the Team of the Year.

The awards recognise the players, coaches, teams and match officials who contribute hugely to rugby and perform at the highest level during the past year.

Early on his international career Du Toit mixed and matched between the second and back rows. But it is since he found a permanent slot on the blindside that he has come into his own.

A fearsome tackler, a breakdown pest whose counter-rucking drove Wales to distraction, he had a huge job on his hands this weekend to slow England’s juggernaut of a pack.

But he did so, ably, with Eddie Jones’ side barely getting into their stride as the Boks snuffed out any semblance of opportunity in the game.

As for Erasmus, his brief when arriving into the main South Africa role was to win the World Cup. That mission is now emphatically accomplished.

Now, as he reverts back to his role as director of rugby, it’s all focus on 2021. As in 1995 and 2009, South Africa will take on The British & Irish Lions as world champions – and the planning for Erasmus and his team has already begun.