England reclaim Calcutta Cup after edging out Scotland in Edinburgh

Ellis Genge came off the bench to keep England in the Guinness Six Nations title hunt with a match-winning try as they beat Scotland 13-6 to reclaim the Calcutta Cup in Edinburgh. [more] 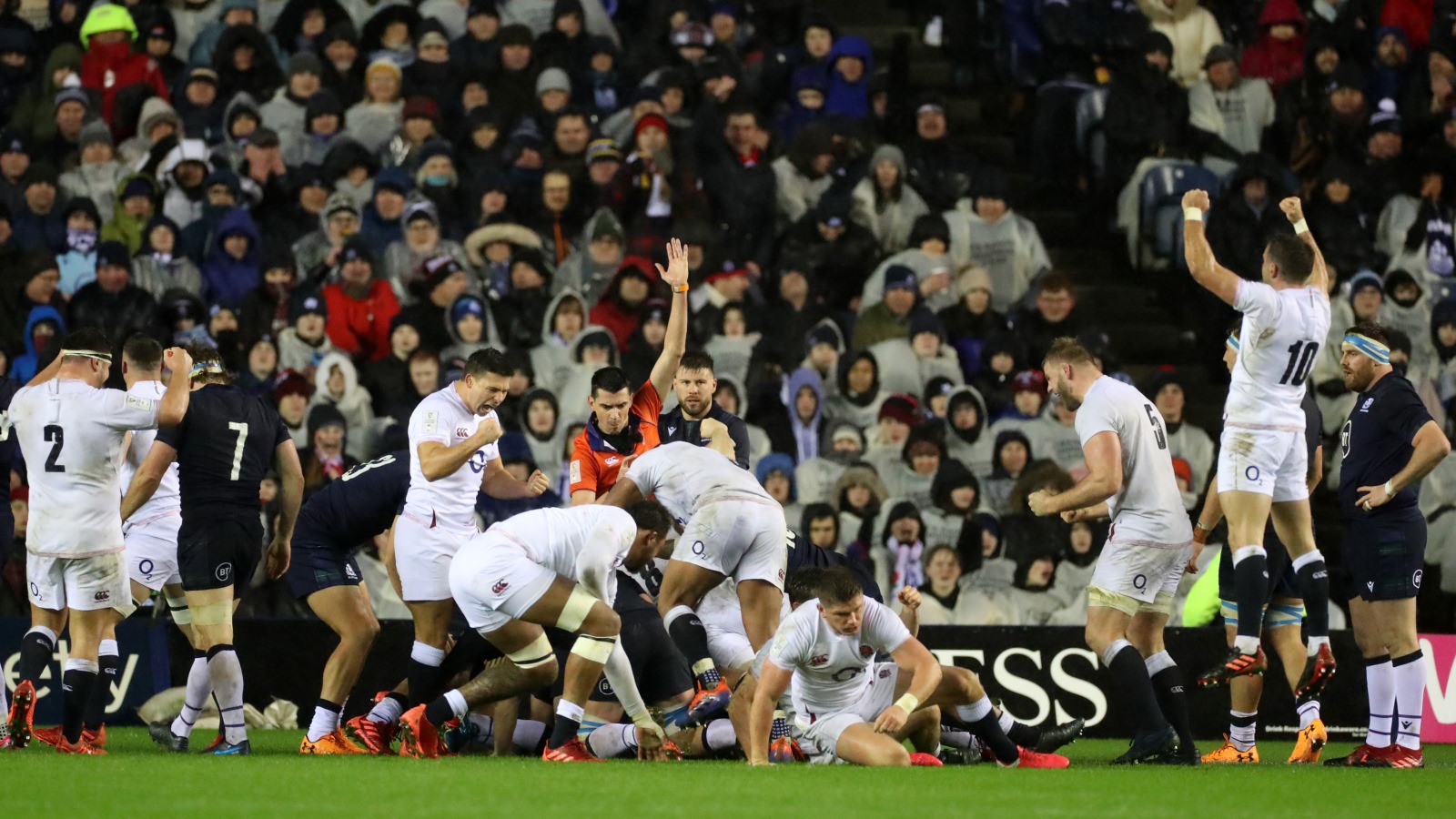 The Leicester Tigers prop crashed over the whitewash with ten minutes remaining at BT Murrayfield as England bounced back from their defeat to Les Bleus in the opening round.

Knowing that defeat would likely end their bid for the Championship crown, the visitors took a narrow 3-0 lead into the break thanks to the boot of British & Irish Lion Owen Farrell.

Adam Hastings hit back for Gregor Townsend’s side after half-time, and added another late consolation, but Genge’s try and a further Farrell penalty sealed victory for England.

Conditions had proved troublesome for both sides in the early stages and a spilled up-and-under provided the visitors with front foot ball as England started strongly.

Their territorial pressure forced more errors from Scotland and after Scott Cummings was pinged for not rolling away, the Red Rose was presented with their first chance to edge in front.

And while Farrell’s first penalty attempt sailed wide-left of the posts, England soon received another golden opportunity just a minute later – and this time he made no mistake. 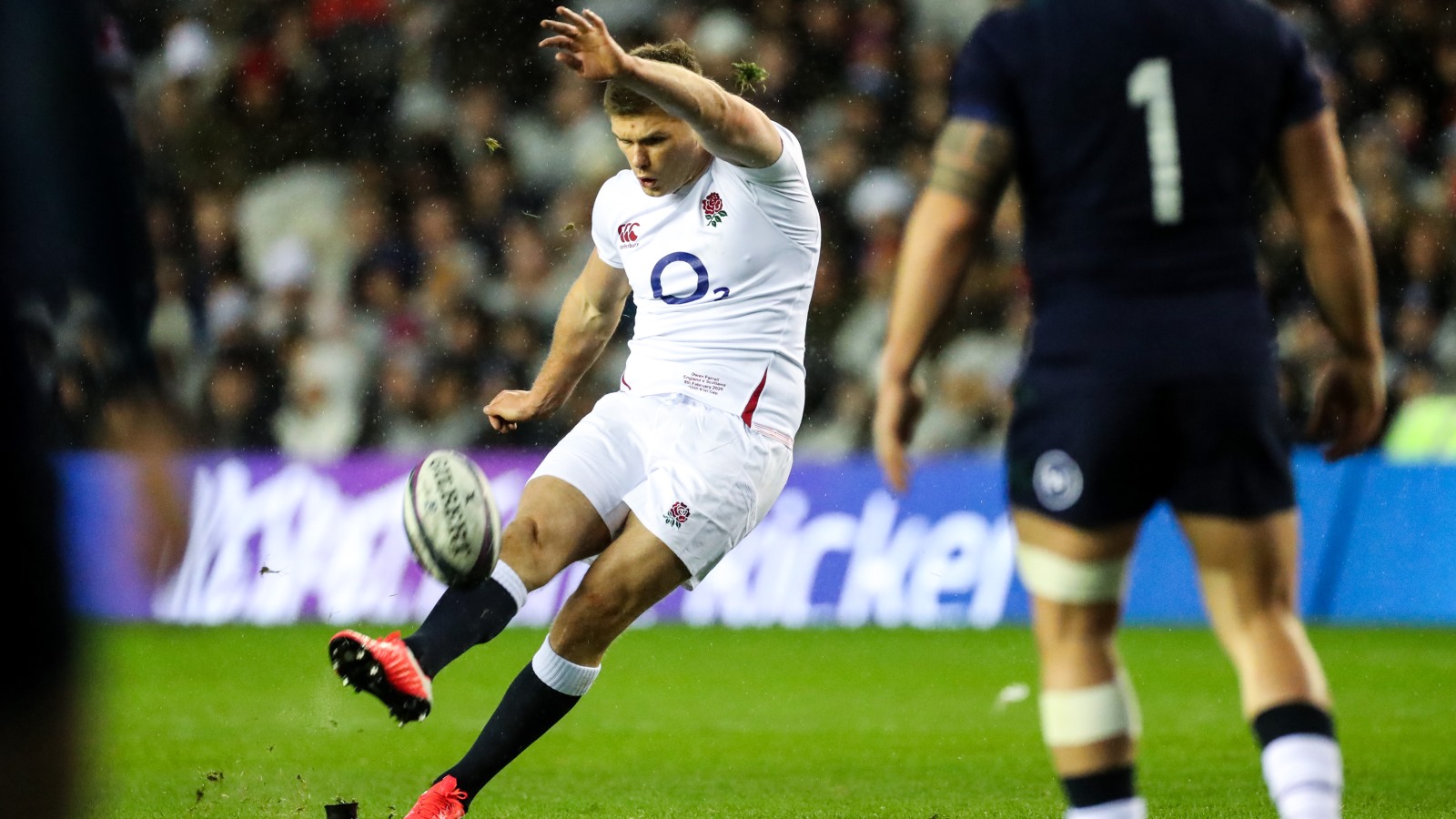 England handed Scotland a chance to hit back immediately but when Lewis Ludlam was penalised for an infringement, the hosts opted to kick to the corner instead and found themselves shutout.

As the rain and wind continued to make playing with the ball in hand treacherous, Eddie Jones’ men came within a whisker of increasing their advantage from the tee.

But Farrell’s kick drifted wide of the posts once again – a fate that was replicated on the cusp of half-time when George Ford attempted a drop-goal, leaving the score 3-0 to England at the break.

The wait for a try was almost ended straight after restart when Jonny May charged down Ali Price’s clearance only for the ball to go dead, much to the relief of Scotland’s scrum-half.

Scotland responded with a break by prop Rory Sutherland and after going through the phases, they were rewarded with a penalty which Hastings converted to level up the scores.

Both defences continued to dominate, however, and other than another missed Farrell penalty on 66 minutes chances were few and far between with the final whistle on the horizon.

But just when it looked like the Calcutta Cup clash would end in draw again after last year’s 38-38 epic, replacement Genge powered over the whitewash with ten minutes to play.

Farrell converted and put the result beyond doubt on 76 minutes with his second penalty before Scotland rescued a losing bonus point when Hastings knocked over a three-pointer.

There was not enough time for Scotland to overhaul England, though, and the Red Rose saw out the closing minutes to celebrate a victory that keeps their title hopes alive.

England News Scotland
Previous story Itoje: Why you should join the Lions on the 2021 Tour to South Africa
Next story Gatland triumphs again in Super Rugby as Chiefs catch the eye