Durban: A Lions guide to the Shark Tank

Kings Park Stadium, otherwise known as the Shark Tank, is sure to provide British & Irish Lions supporters an unforgettable experience when they arrive next summer. [more] 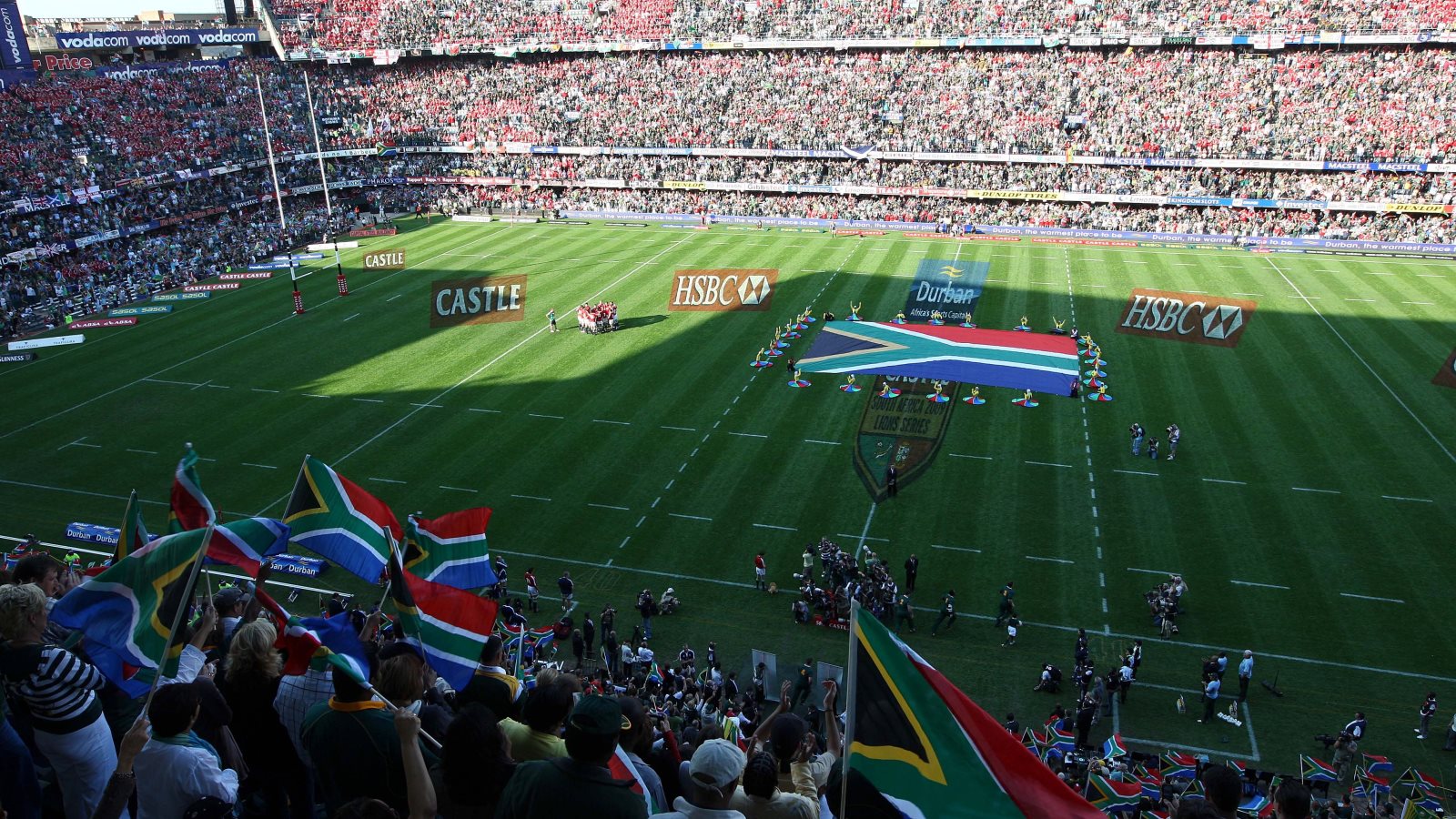 With its two uniquely steep and towering stands, Kings Park will showcase an atmosphere which has been embedded in decades of classic encounters at the ground, including numerous tussles in the deep waters against the Lions.

Situated close to the Indian Ocean coastline in Stamford Hill, the ground’s 52,000 capacity is set to come alive when the Sharks welcome the Lions for their third match of the Tour.

The city is stacked with heritage in the sport of rugby.

While Kings Park, previously the ABSA Stadium, hosted three England matches at the 1995 World Cup, it is perhaps best remembered by the locals for the Springboks’ semi-final triumph over France.

However, for the Lions it holds memories that will never be forgotten. In perhaps the Lions’ most iconic moment, Kings Park was the location for the second Test match in the 1997 series.

Jeremy Guscott’s remarkable drop goal clinched a famous 18-15 win for the tourists as the Lions sealed a landmark series win – only the third time they had done so in South Africa. 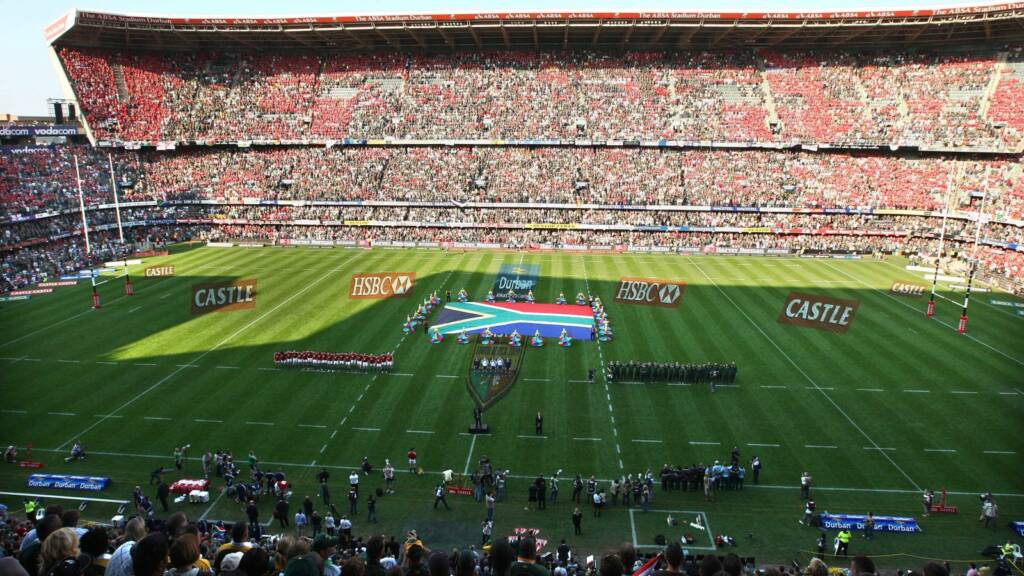 But it does have some sour memories for the Lions. The ground hosted the first Test match of the 2009 series between the sides, which saw South Africa win 26-21 despite a late fightback.

Durban is also home to World Cup winning captain John Smit, who led the Springboks to glory when the Lions last toured the country.

As well as contesting numerous Test match duels at Kings Park, it has been a long-standing tradition for the travelling Lions to face a club side at the ground.

Since it opened in 1958, the tourists have faced the Sharks (known as Natal prior to 1995) during every visit, and enjoyed a fruitful record against the side, winning six of their ties at Kings Park.

The fixture in 2009 was fairly one-sided with the Lions defeating Sharks 39-3 as they ran in five tries.

The tourists dominated the first half but only had a try from Lee Mears to show for their efforts as Rory Kockott kicked a penalty for the hosts. 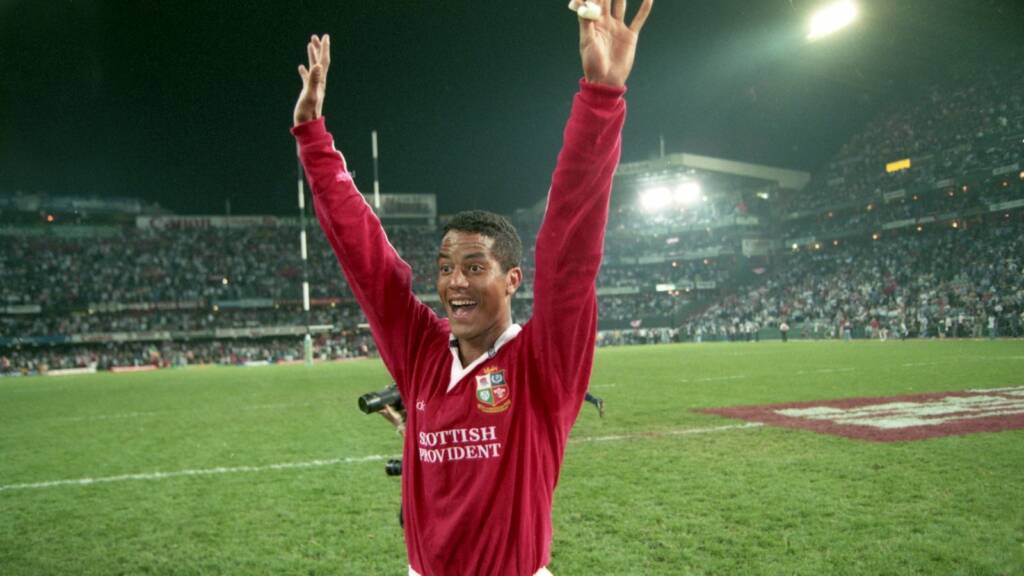 But the Lions improved after the break as Mike Phillips crossed before Luke Fitzgerald added another, with the result rounded off by a fine Lee Byrne try and another effort from Jamie Heaslip.

The performance of Jamie Roberts – who now plies his trade in South Africa – was particularly pleasing for the tourists, who continued their unbeaten start to the Tour with the victory.

It’s safe to say that if nature is something you enjoy, Durban is definitely the place for you. Its lush greenery, dreamy beaches and vibrant parks will be sure to satisfy your needs.

A trip along the Golden Mile is another option for those looking to explore.

Despite its name, the stretch of golden sand covers more than four miles from Blue Lagoon south to Addington Beach and Durban Harbour. The perfect way to enjoy the Indian Ocean breeze.

If you fancy dinner with a twist once you’re at the end of the Golden Mile, then you can head down to uShaka Marine World for a memorable meal.

Not only does it showcase an impressive aquarium and water park, but you can enjoy your food while sharks swim close by. Something a little bit different… 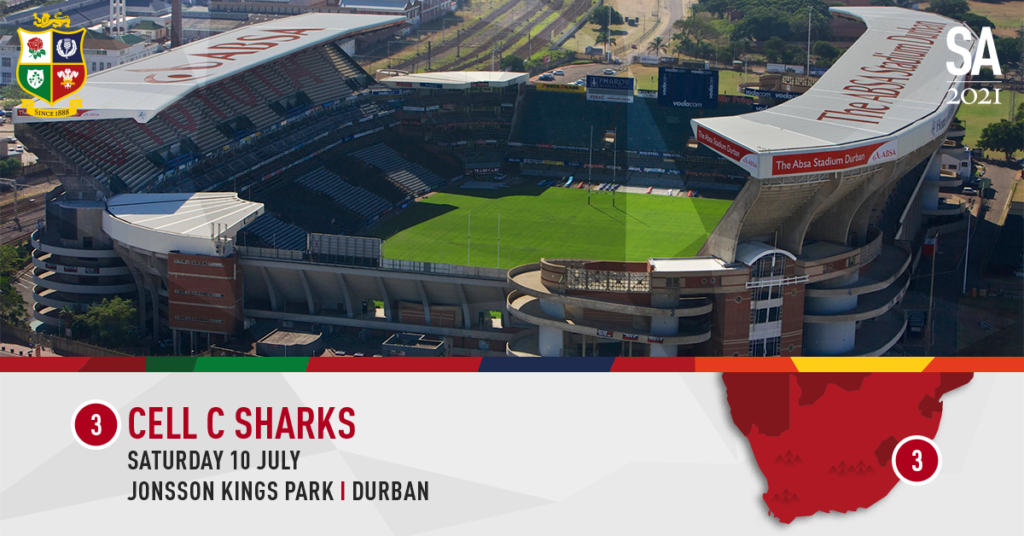 Durban Botanic, Africa’s oldest botanical garden, is sure to be another popular destination for many, offering glorious scenery throughout and housing some of the world’s top collections of ‘living fossil’ plants.

While the opportunity to catch the Sharks on the pitch might be enough for one trip, the KwaZulu Natal Sharks Board provides the chance to learn more about the animal and the work done to protect the local coastline.

Lastly, but certainly not least, a visit to the Phoenix Settlement is quite the experience.

The land was bought by Mahatma Gandhi in 1893 during his time in South Africa, with the civil rights leader staying in the country for more than 20 years fighting injustices.